Netflix brought out the first season of the Chilling Adventures of Sabrina for Halloween and has released a Christmas bonus episode as well for the season back in 2018 and the second season landed in the spring of 2019. The third part showed up in January 2020 and now the wait is in for the fourth part – but it’s going to be bittersweet. The fourth part will be nd of the year, presumably closer to Halloween just for thematic sake, but it’s been confirmed that the fourth part will be the end of the series as its being canceled, or more clearly, not renewed.

The show was picked up with a two season run that had each season broken into halves, hence getting it as four parts overall. They lucked in a few extra episodes here and there so that it went a bit bigger. But as the gaps and lack of promotion for it widened, you could easily get the sense that this was not going to be a series with a long future. A formal date of the fourth part and its eight episodes will be coming later.

“Working on Chilling Adventures of Sabrina has been an incredible honor from Day One. The cast, beginning with Kiernan as everyone’s favorite teen witch, has been an absolute joy. I am beyond thankful to the crew, writers, editors, assistants, and everyone for pouring so much love into this dark dream of a show,” said developer, exec producer and showrunner Roberto Aguirre-Sacasa. “I’m also grateful to our partners at Netflix, Warner Bros., Berlanti Television and Archie Comics for letting us tell the story we wanted to tell, the way we wanted to tell it. We can’t wait for everyone to see Part Four.”

Plot Concept: Part Three finds Sabrina reeling from the harrowing events of Part Two. Though she defeated her father Lucifer, the Dark Lord remains trapped within the human prison of her beloved boyfriend, Nicholas Scratch. Sabrina can’t live with herself, knowing that Nick made the ultimate sacrifice and is suffering, burning in Hell under Madam Satan’s watchful eye. So with an assist from her mortal friends, “The Fright Club” (consisting of Harvey, Rosalind, and Theo), Sabrina makes it her mission to free him from eternal damnation and bring him back into her arms. However, the Dark Lord’s unseating has sent shockwaves through the realms—and, with no one on the throne, Sabrina must assume the title of “Queen” to defend it against a challenger, the handsome Prince of Hell Caliban. Meanwhile, in Greendale, a mysterious carnival rolls into town, bringing with it a threat to the Spellmans and the coven: A tribe of pagans looking to resurrect an ancient evil. 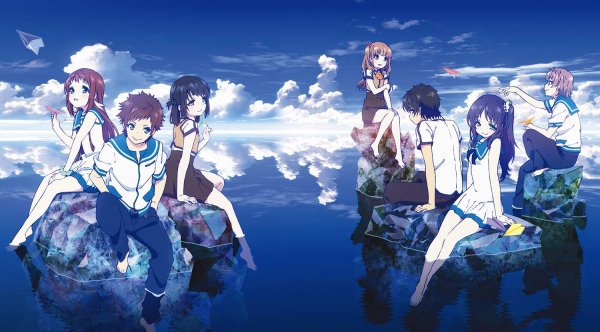