With Unlimited Fafnir having debuted this week in Japan, Media Factory will be handling the home video distribution for the series and have announced their plans for it. The series is getting a six volume release that will begin on March 25th, 2015 and run monthly from there on until completion. The Blu-ray releases are priced at 7,128 yen each while the DVD releases are priced at 6,372 yen each.

Basic details for the releases are set with the first volume having some good first press items such as a drama CD and sixteen page booklet with new manga by the original author, Kaoto Kawai. The release will also come with an end card postcard with two planned. On disc extras include the live action cast doing things and the promotional videos and commercials.

The series is currently being simulcast by Crunchyroll.

The series was animated at Diomedea with Keizou Kusakawa directing with Jun Takahashi while Shoko Yasuda is handling the character designs. The series is stars Yoshitsugu Matsuoka as Yū Mononobe, Rina Hidaka as Iris Freyja and Manami Numakura as Mitsuki Mononobe.

The light novels got a manga adaptation back in March, which is usually a good sign that there’s some potential further interest there in the property that can make the logical and structural leap to animated form.

Plot concept: With the sudden appearance of the monsters that came to be called Dragons, the world had completely changed. Before long, within the human race supernatural girls with the power of the dragons, called “D”, were born. The secret existence of the only male “D”, the boy Mononobe Yuu, was forcefully thrown into the school where the girls of “D” gathered – Midgar, where he saw the naked body of one of the students, Iris. Furthermore, meeting his long lost sister Mitsuki, Yuu seems to have been enrolled into this school…!? “When there’s really no other choice, Iris, I will — kill you.” “Can I really… believe you?” The curtains open as the “one and only story” about the boy who was supposed to become the strongest assassin and the incompetent girl unfolds—! Unlimited School Battle Action! 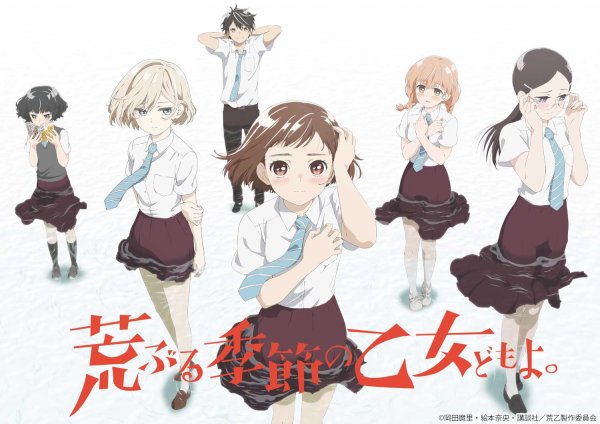