Possibly not even a treat for fans of the franchise.

What They Say
At the prestigious and elite Marhawa Academy, a female student suffers a horrifying transformation. Called in to investigate, Professor Doug Wright and his nephew Ricky find themselves caught up in a deadly and growing tragedy. As things get rapidly out of hand, Chris Redfield and his team from the Bioterrorism Security Assessment Alliance arrive on the scene while a mysterious figure looms behind it all.

Content: (please note that content portions of a review may contain spoilers):
Although I don’t consider myself very knowledgeable about the Resident Evil franchise, I have played a game or two and known enough that this first volume may prove disappointing for even hardcore fans. While the first volume does tease with several action sequences and asides including Chris Redfield’s team, they receive extremely little “screentime.” The back cover summary says they “arrive on the scene” in this volume, but I would say that’s untrue: the team gets a couple of pages here and there showing them searching around for the main character, Professor Doug Wright, with shaky reasoning for their search at best. In essence, the volume revolves around the manga’s original characters, Wright and his nephew Ricky, as they are called in for help by Wright’s old girlfriend, the headmaster of the absurdly silly Marhawa Academy. This cliche, stern nun headmaster, Mother Garcia, wants Doug and Ricky to investigate the source of a T-virus “zombie” outbreak on campus while keeping the investigation on the down-low. This proves problematic as the outbreak continues to spread while the academy itself is “closed-off” from the rest of the world: it exists in the middle of an Asian jungle with no cell phone reception or communication to the outside. Which seems just plain dumb, if you ask me.

The characters are not altogether awful, particularly the new ones, but their personalities suffer from predictability. Furthermore, some of their motivations don’t make any sense. Why did the sensible, calculating Professor Wright bring his almost-failing, young and reckless student with him to take on a problem at an academy in the middle of nowhere? If Mother Garcia wanted to keep the outbreak unknown to the student population, why did she burn down a building within students’ eyesight? And why were both Wright and Ricky so upset when the building burned down with the zombie-fied students inside? Because I cannot answer these questions, many of the plot decisions feel arbitrary rather than derived from the motivations of the characters.

Well, I doubt anyone coming into this manga expects a masterpiece, so instead, how does this volume hold-up entertainment wise? The answer is mixed. The art surprised me: Serizawa does a decent job technically with proportions, detailed backgrounds, and just generally good-looking characters. Some panels feel cluttered and the style lacks distinction, but overall I can appreciate the level of skill put into each page. In terms of action, this first volume lacked quite a bit of the gun-spraying and zombie-smashing Resident Evil is known for, but Serizawa does manage to squeeze some in, and the ending sets up future volumes for more. Most of these action sequences feel short and underwhelming, but they don’t detract from the overall reading experience. In general, “The Marhawa Desire” doesn’t instill the kind of blood-beating excitement you get from a well-crafted action fest, but it entertained enough to not feel like an absolute drag to read–and I suppose that’s something.

In Summary
Volume 1 of “The Marhawa Desire” proves lackluster, but at least there’s the slim promise future volumes will profit off of Chris Redfield and his team’s insertion and ramp up the action. If you adore anything to do with Resident Evil, this manga might be worth the pick-up. If you’re anything less than a rabid fan, don’t bother–but maybe keep an eye out for future volumes in case the series somehow develops into a far more entertaining and interesting diversion.

Content Grade: B-
Art Grade: A-
Packaging Grade: B+
Text/Translation Grade: A 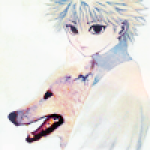