The Osomatsu-san mood board is all-encompassing.

What They Say:
Taste all the flavors of Osomatsu-san this week – unabashed horniness, memorialized narcissism, extreme caution turned to sadistic indulgence, and bleak outlooks on death turned to life-affirming courage. There’s an atmosphere for every occasion!

The Review
Content (please note that content portions of a review may contain spoilers):
Osomatsu-san has always had the capacity to cover a wide range of moods, and more so than a lot of other popular anime, does it across a spectrum of media outlets. From comic strips to audiobooks, the series has found a way to saturate itself in a way that’s usually only possible for household brands like Sanrio. The anime is only one of many outlets for Osomatsu-san, but it’s also the convergence point for all those channels. Episode 20 takes full advantage of that – it’s all over the place, but in a good way!

You know that old saying, “There’s a first time for everything”? Well, “Let’s Buy Them” highlights one of those all-too-embarrassing first times that many young men will go through. Buying condoms for the first time is a nerve-wracking dilemma. There aren’t many interactions that make you think, “I wanna die” quite like looking a cashier in the eyes when you buy condoms. It really isn’t a big deal when you think about it, but when you’re a horny teenager at the peak of your sexual metamorphosis, you can’t help but cringe. Just to layer on some more cringe, Osomatsu and Todomatsu aren’t necessarily buying them for explicit use. It’s more akin to doomsday preparation – in the miraculous event that it could happen, you want to be prepared! “Let’s buy them! Let’s buy them!” each of them shouts as if to hype each other up. In the end, neither could muster up the courage.

“Choromatsu Memorial Hall” proves that the seemingly most normal Matsuno is just as unhinged as all the rest. Totty stumbles upon the grand opening of the National Matsuno Choromatsu Memorial Hall – an exhibit dedicated to all things past, present, and future Choromatsu. Todomatsu can’t help but watch in horror as Choromatsu leads him through this meta-breaking museum. I feel like this skit is a commentary on social media and the incessant effort to transcribe one’s life, down to every mundane detail. But a memorial to such an uninteresting life is not worth the effort. Much to Choromatsu’s dismay, the brothers burn down every trace of the memorial’s existence. Maybe it was for the best, Fappymatsu.

“Ear Cleaning” is the weakest of the bunch, but Yuuichi Nakamura and Takahiro Sakurai’s conversational chemistry make it a worthwhile skit. I call this one the weakest because it had similar slow-burn pacing I took issue with during last week’s episode, but that pacing worked in its favor this time around. It proved difficult to find a source, but I could believe this one was adapted from one of the Doramatsu CD audiobooks, which would explain the drawn-out tempo. Karamatsu deals with an internal struggle – he desperately needs his ears cleaned and asks Osomatsu for help, but once he realized who he asked to help him, Karamatsu starts to realize maybe it wasn’t a good idea to have chosen Osomatsu. The two go back and forth as Karamatsu’s paranoia continues to grow. But once Osomatsu starts digging in there, that paranoia turns to pleasure. Karamatsu could barely handle the lightest of touches, but soon enough he was begging Osomatsu to scoop his brains out. “Ear Cleaning” is carried by the vocal performances, but the skit also turned out to be funnier than I had anticipated.

The final skit, “Persimmons”, is a complete mood-shift from the other sketches. Hatabou lies in a hospital bed, a seemingly life-threatening disease ravaging through him. He’s all but given up hope. As he looks at the dying persimmon tree outside, he forms a kindred bond to it. Once the final persimmon falls from that tree, so too shall his life end. It’s a pretty bleak opening to the final leg of the episode, but the payoff is extremely heartwarming. Iyami is one of the doctors working at the hospital. As you might expect from the buck-toothed conman, his doctor persona is rotten to the core, wishing death upon his patients rather than caring for them. He pops into Hatabou’s room and learns about his spiritual connection to the persimmon tree. There’s only one persimmon left, just barely hanging on. To satisfy his own morbid desires, Iyami wants to speed up the process and tries plucking the persimmon himself. But as if by some Godly intervention, Iyami can’t even lay a finger on it. As Hatabou watches the doctor’s pathetic attempts at sabotage, his whole attitude on life does a 180. If that little persimmon could hang in there, so could he! Iyami had unintentionally saved Hatabou’s life. “Persimmons” carried a very different energy from the rest of the episode, but that didn’t work against it in the slightest. Another excellent adaption from previous Osomatsu-san material, this one coming from a comic strip in Shonen King magazine.

In Summary:
What a well-rounded episode of Osomatsu-san. The series really is a jack-of-all-trades, able to produce numerous types of skits in an excess of formats. Episode 20 is a great example of what a production staff can pull off when given enough freedom. 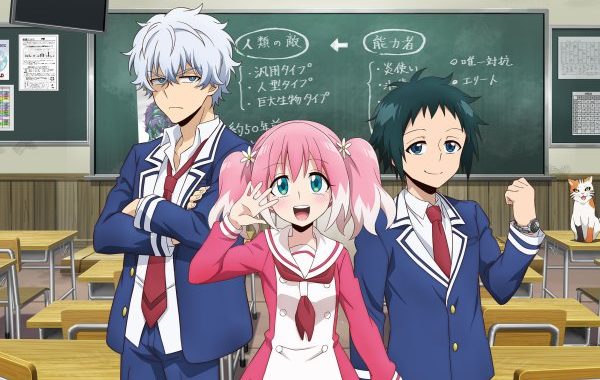