It’s not like I care about you guys or anything. Baka.

What They Say:
“A Sound Argument”
Two years ago, Paradis welcomed their first visitor who was surprised to see one of their own. Obtaining their help will be critical in a three-part plan to protect Paradis.

The Review:
Content: (please note that content portions of a review may contain spoilers)
How does a series follow up the ultra-serious cliffhanger of a newly groomed Eren ominously staring into a mirror and chanting “Fight, fight” with even more intense angst than ever? If that series is Attack on Titan, perhaps it chooses to blindside the audience with its unique brand of irreverent, almost uncomfortably dry humor. This is exactly how Attack on Titan has set up the majority of its comedic moments, but they’re always so rare and bizarre that we can never expect one to suddenly pop up in the midst of gripping plot progression.

Yet here we are again, with Hange sardonically mocking Eren’s chuunibyou tendencies almost identically to the corresponding gag from last season. The degree to which she belabors the point manages to make it funnier and funnier the longer she goes, stopping just short of overstaying its welcome and never quite delivered as straight comedy, particularly from Eren’s unaffected reactions. It’s the perfect way to cut the tension and acknowledge that Eren is getting a little too edgy for the series to take all of his posturing as seriously as he does.

Underlying this exchange is a genuine commentary on Eren’s evolution, the central theme of the episode. To us, that original chuunibyou gag was a year and a half ago. To them, it was five years ago, when such actions befit Eren’s actual age. Just as it followed Eren’s acquisition of memories from a Titan within him at the time, this one follows his acquisition of the War Hammer Titan, and his vicious response to Hange’s light teasing warns of his newfound abilities such that he appears every bit the villain anyone could’ve feared. The levity is shattered as abruptly as it hit, and there’s more reason to worry about the unity of the Scouts than ever before.

As expected given the previous episode’s limited amount of explanation for Eren’s development and how the plot reached such a critical juncture in this season, we return to flashbacks, interspersing scenes of the present while the cast’s evolving designs serve as convenient shorthand for the timeframe when it’s not explicitly stated onscreen. Even with Eren as a primary focus throughout this, his actions and declarations in earlier points in the timeline make this current Eren even more of an enigma, a phenomenon made painfully apparent to those closest to him. There are still some major missing pieces between his decisions while still on Paradis and the conclusions he came to by the time he attacked Liberio, and perhaps even more since then, now that he has eaten the War Hammer Titan and shared some quality time with his half-brother.

The Eren we see in those days that feel downright idyllic now is much closer to the kid we’ve followed up to now, calmer and more earnest if anything. It’s a tender side of him so endearing that it would’ve been even more crushing to see this play out chronologically, given how harshly his compassion seems to have regressed. He prioritizes the safety and freedom of his friends from the 104th Cadet Corps above even the fate of their collective world, and is even able to embarrassingly admit it without pretense.

This provides another opportunity for the series to play with humor while remaining sincere, as each classmate-turned-comrade makes their case for inheriting Eren’s Titans and Conny and Sasha in particular have a rather hilarious exchange in which neither realizes how equally idiotic they are. As silly as it is, it carries bittersweet weight now that any Sasha material is a memorial, especially with Conny’s recent acknowledgment that she was his other half. That could hardly be any more beautifully illustrated.

As we return to the present, the atmosphere surrounding that group is a stark departure from the heartfelt sense of friendship elucidated while riding into an equally warm sunset. Sasha is gone, and half of those left behind are ready to let Eren join her if their fears about him are realized. From their perspective, especially Conny’s, it seems like a logical eventuality to consider. While Mikasa has grown enough to rebuke Eren for the unplanned massacre that spawned much of this doubt, she’s still furious at this idea, and Armin follows suit in keeping the solidarity of the original trio strong.

In keeping with the season’s theme of dramatically ironic parallels, particularly those involving Eren, Armin makes his case for Eren’s loyalty with the kind of weak excuses Eren had made in defense of Annie’s innocence, and then that of Reiner and Bertholdt later. In these situations, it was Armin and Mikasa arguing that these comrades were enemies, and Eren refused to accept it until it was too late. The tables soon turned for Eren’s relationship with these former classmates, immediately becoming their most adamant nemesis, but now they’ve turned for the accusations within the dwindling cadet alumni group.

While he may possess the power to reshape it, the world is certainly larger than Eren Jaeger. Since the series began with a main character named Mikasa amongst the sea of German names and her mother was mentioned as the last of a race from the east not long after, it’s been obvious that there’s some Japan analogue out there. Earlier in this season, we learned that it was named Hizuru and, like most of the world that those on Paradis assumed had been wiped clean of humanity, is still very much an active nation. Now, we learn that its representative who was uncharacteristically sympathetic to Eldians during Willy’s pompous dinner event was actually the first foreign ally to the secret plan to liberate Paradis and Eldians in general from Marley’s tyrannical rule.

When Japanese properties set in a Western environment like this inevitably introduce some element of Japan or its equivalent, it’s almost always in a self-aggrandizing light. It looked like this could’ve been another example of that, but it’s quickly subverted as it’s revealed that Hizuru has a reputation as a money-hungry nation that seemed to use Mikasa’s lineage as a pretense to plot out the most lucrative deal. At the same time, it’s depicted as a country with rich culture that truly cares about Mikasa’s heritage and will work diligently to assist the Eldians. As we’re constantly reminded of throughout this season, no one is simply good or evil, and certainly not an entire nation.

Japan may have been an island nation with an isolationist policy during the time of its own shogunate, but Paradis is a step further, so cut off from the rest of the world that its citizens were simultaneously convinced that they were the last of humanity and unaware that their land was even surrounded by a great body of water. This world existed within three walls, and a king at the center of them ruled over the remnants of humanity. That was all any of these people ever knew. To them, this version of Japan ironically serves as something of a Commodore Perry allegory, opening up their world to literally foreign concepts, down to the very existence of multiple nations.

The one thing the series has dissected as truly evil is Marley’s imperialism and the propaganda that brainwashed its people into believing it virtuous. The first episode of this flashback-heavy return to Paradis explored the profound power of exposing those people to the reality that so severely contradicts their deeply ingrained rhetoric. Now we’re reminded of how dangerously easy it is for the other side to succumb to similar xenophobia and perpetuate the cycle of mutually destructive nationalism. The government and military of Paradis has always been presented as realistically corruptible, and even if the most prominent envoys have the best of intentions, it only takes a spark of this sentiment and some petty persecution of reformed Marleyans to undermine the delicate efforts for coexistence.

In Summary:
As Attack on Titan continues to focus on quieter material to give some much-needed background on its current events, it inevitably feels less impactful than at the heights of its intensity. However, it never spends its time superfluously, instead presenting challenging scenarios of moral ambiguity and the conflicting perspectives that develop around them. Throughout all of this, the volatility of a worryingly distant Eren is of increasingly grave concern, and his character is explored more fascinatingly than ever, alongside continued potential for growing tension amongst already tenuous international relations.

Kestrel Swift has been an anime fan since 1999 and has been getting himself deeper into that fandom ever since. Today he is especially passionate about the titles he considers the absolute best. He has been active on the Fandom Post since it started in 2011 (you may know him as GingaDaiuchuu on the forums) and began writing for it the next year. He has been the only constant member of the site’s podcast, Fandom Post Radio (also available on Apple Podcasts, Google Podcasts, Spotify, SoundCloud, iHeartRadio, Alexa, Stitcher, Twitter, and Facebook), since it started in 2017. 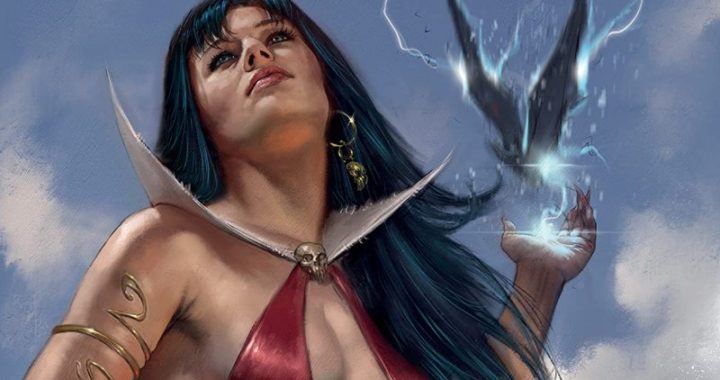