Fans of InuYasha are getting ready to make a big upgrade with this series as its previous run as single DVD releases that were an average of three episodes per disc really drew it out and made it expensive, so this’ll be a deal no matter what. This is also a case of better late than never as Viz Media brought this set out back in November 2020 and is just now getting the trailer online for it. Still, with the series getting released on Blu-ray for the first time, extra promotion and reminders are probably a good thing. The fourth and fifth sets have been solicited already as well.

With the first set with a July 14th, 2020 debut where it’ll have the first 27 episodes of the series, and the second set out last month back on August 11th, 2020, they’ve now scheduled the third set for this run. Scheduled for a November 11th, 2020 debut, it includes the clean opening and closing as its extras. The set will be priced at $39.99 and will be spread across four discs in 1080p in its original full-frame aspect ratio. This set will have episodes 56 through 83.

We do want to put a caveat out there that may be a sticking point for some until we actually get our hands on the release or some other confirmation. As Zhou mentions here, the Spanish Blu-ray releases (which were upscaled) were missing some of the opening theme songs as the rights were unavailable. This is likely to be the case with Viz’s release as well as I believe the same issue cropped up with the streaming side of the series.

Plot concept: Kagome lives a double life as present-day schoolgirl and feudal-era demon-slayer. Together with half-demon Inuyasha and friends, she continues the quest to collect the shards of the Sacred Jewel. With the threat of archenemy Naraku lurking at every turn, our heroes must face an array of foes, including a jealous dark priestess, an evil mountain sage, giant ogres, and deadly traps. 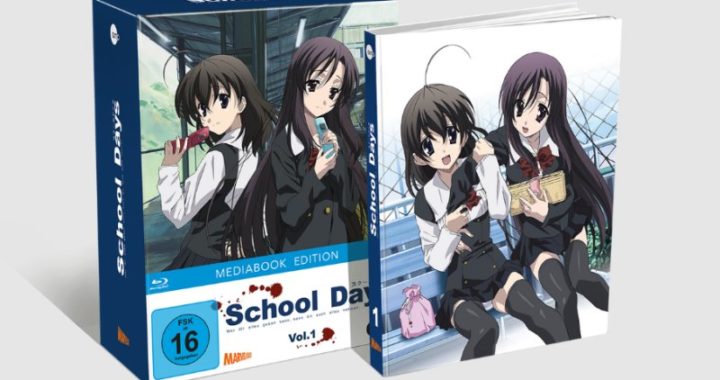