The fall 2017 anime series Blood Blockade Battlefront & Beyond saw its home video release back in 2018 in North America and now its getting some new overseas distribution. German distributor KSM Anime has the first volume of the series coming out on February 16th, 2021 and they’ve dropped the first trailer for the first volume with its German-language dub. The set, priced at 35 Euro, has the first four episodes and a slipcover for the first pressing while on-disc extras include the clean opening and closings. Additional pack-in materials for the limited edition include a booklet, episode guide, and art cards.

The series was directed by Shighito Takayanagi with Yasuko Kamo on the scripts. Toshihiro Kawamoto is the character designer and Bones produced the animation.

The show comes from the manga of the same name by Yasuhiro Nightow, who made a name for himself early in the previous decade with his Trigun work. The manga began in 2009 and has nine volumes released so far, with six of them out in North America through Dark Horse Comics. The first season of the anime adaptation was produced by Bones with Rie Matsumoto directing based on scripts by Kazunao Furuya and character designs by Toshihiro Kawamoto.

Plot Concept: Produced by Studio Bones (Fullmetal Alchemist, Space Dandy, Soul Eater) and created by Trigun writer Yasuhiro Nightow, Blood Blockade Battlefront brings compelling characters and dynamic plotlines together for one unforgettable adventure. After a breach between Earth and the netherworld opens up over New York, humans and creatures from other dimensions become trapped in an impenetrable bubble that surrounds the city. Forced to coexist in a new city known as Salem’s Lot, the shaky peace between humanity and the netherworld creatures is protected by an underground group of super humans known as Libra. When a case of mistaken identity brings not-so-ordinary delivery boy Leonardo Watch face-to-face with this group, he joins their ranks hoping to help prevent the destruction of the world by a group of monsters and madmen lead by a powerful being known as the King of Despair. 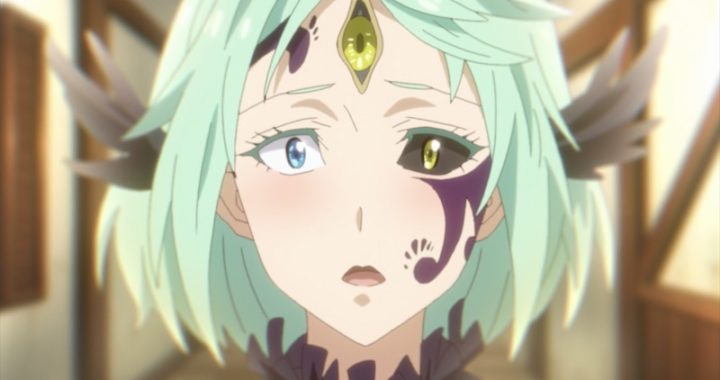