What They Say
The Thousand Year Blood War is barely over and the ruthless aristocrat Tokinada Tsunayashiro has formulated a plan to create a new Soul King. His ambitions soon bring chaos to every world, but all is not lost. There’s one unlikely character who holds the key to defusing the conflict. Soul Reaper Shuhei Hisagi, assistant captain of the Ninth Company and newly minted journalist for the Seireitei Bulletin.

Content: (please note that content portions of a review may contain spoilers):
Can’t Fear Your Own World volume 1 picks up almost immediately after the Thousand Year Blood War arc of Bleach. This initial volume is short, around 250 pages, and sets up all of the major players in this supplementary arc. It brings in characters from every corner of Bleach’s cast. Arrancars, Quincies, Soul Reapers, and even Fullbringers all play roles here. Author Ryohgo Narita expects you to remember them all as well as he expects you to remember the plot to the manga that ended five years ago. Thankfully, he’s very liberal with refreshers.

Fan-favorite Soul Reaper Shuhei Hisagi takes center stage. As he’s a journalist, many of his scenes play out as interviews with members of the cast. He goes around asking them their feelings about recent events in the plot. He ferries himself around the Soul Society on a cool motorcycle, and he plays electric guitar now. It’s corny, but in a really fun way. I always liked Shuhei, and he totally feels like the kind of guy that would pay tons of money to Urahara to literally smuggle an electric guitar into the Soul Society for him.

Alongside the returning cast, Narita introduces new characters as well. The antagonist of the novel, Tokinada Tsunayashiro, is a member of one of the royal families of the Soul Society, and he has created a homunculus to replace the now-dying soul king, Reio. This genderless homunculus is an adorable little Soul Reaper named Hikone. Hikone spends most of this first novel being cute and easily dispatching anyone who stands in her way, as she is one of the most powerful beings in the Bleach universe. We are also given flashbacks starring minor antagonist Kaname Tosen, one of Aizen’s loyal followers. They really flesh out his character more and are a welcome addition to the Bleach saga.

This first novel sets up the overarching narrative in a satisfying way and packs in tons of fanservice. The problems start to bubble up when the plot of the novel expects you to have a strong grasp on the manga you may have finished years ago at this point. Thankfully it’s all a wiki read away, so it’s not too much of an issue.

What is an issue, however, is the translation. It’s very stilted at times, and it’s also littered with typos. It’s readable, of course, but it’s definitely not a novel you read for its groundbreaking literary style or what have you. This isn’t hoity-toity literature, it’s a novel you read if you really want more Bleach in your life.

Many new illustrations by Tite Kubo are also included. These are all great, as to be expected from Kubo-sensei. The new characters all have instantly lovable designs and the way he illustrates returning cast members is suitably awesome. Special mention goes out to the fold-out illustration of the cover, with a reverse side that has Shuhei Hisagi in street clothes holding a guitar. 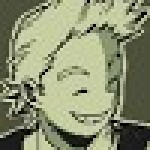