“The War of Underworld”

What They Say:
The battle with the Administrator has been won, but the forces of darkness will not wait for Kirito and Alice to recover before invading the Underworld. Unless the pair can rally, the world will experience destruction of unimaginable scale.

The Review:
Content: (please note that content portions of a review may contain spoilers)
It’s been a while, huh? Almost half a year since the last SAO episode air. What was even happening? Oh yeah, Sinon showed up to save Asuna’s butt! After a tearful embrace, Sinon asks to see Kirito. Ronye and Tiese are surprised to see the goddess Solus standing before them. Sinon explains that she’s not really Solus. She’s just like Asuna, from the real world. She’s also Kirito’s friend. Ronye pouts that all of his friends are females, haha. Sinon tears up at the sight of Kirito in his current state. She hugs him and boldly kisses him on the cheek right in front of Asuna! Kirito is a lucky guy. He has so many people that care about him. Sinon declares that everything will be fine. He’ll show up when they need him the most. In the meantime, Asuna asks Sinon to go after Alice since she can fly.

Elsewhere, Lilpilin is mourning the loss of Len. Why did she have to die? Why did any of the orcs have to die!? At that moment, Leafa falls from the sky and crashes onto the ground. I wouldn’t call that a flashy entrance but hey, it’s good to see her! She gets up and dusts herself off. Leafa introduces herself to Lilpilin and attempts to make small talk. This confuses him. Why is she, a human, being so nice to him? Humans think orcs are scum because they look different. It’s not fair! However, this girl seems to be different. In fact, she called him a human? That’s a first. Anyway, Lilpilin remarks that he’s going to take her to Vecta. She happily agrees. Gosh, why is she so nice? Randomly, Dee Eye Ell shows up out of nowhere. She’s still alive, huh? What happens next I can only describe as a very weird scene involving tentacles. Dee Eye Ell captures Leafa and sucks out her life force using those tentacles. Well, I think so at least. There was a lot of blood flying around. Leafa can break out any time she wants. Why doesn’t she? Because she doesn’t want to kill anyone in this world without knowing what’s going on first. Honestly, she should have just killed her immediately. There was no need to put herself through that.

Lilpilin wants Dee Eye Ell to let Leafa go. Why should he care? He can’t forget how Leafa acknowledged him as a human. Dee Eye Ell refuses to listen to a disgusting pig. That’s a bit rude. But she’ll consider giving her back if he takes his clothes off and squeals for her. Okay, am I watching a hentai or something? First, it was tentacles and now it’s this. Sword Lewd Online, am I right? Of course, Lilpilin starts taking off his clothes. This is really happening, eh? Leafa tells him to stop though. He doesn’t need to do this for her. Why is this human so nice to him!? He overcomes his restriction and decides to save Leafa. Lilpilin only manages to scratch Dee Eye Ell though. This pisses her off and she tosses Leafa aside. She’s totally going to kill him now. But before she can, Leafa chops off both of her arms. She then proceeds to finish her off with one last strike. See? You should have done this from the beginning, Leafa.

Bercouli is chasing down Vecta who has kidnapped Alice. He uses his Uragiri skill to strike down the dragon he’s flying on. Aww, the dragon did nothing wrong! At least he feels bad about it. Bercouli drops down to cross swords with the dark emperor. He tries to land a hit on Vecta but he can’t seem to do so. He’s just too powerful. When Bercouli goes for his next attack, he freezes in place. What’s going on? He snaps out of it once Vecta slashes him across the chest. Did he just lose consciousness in the middle of the battle? That he did. Vecta is using a very powerful stun attack. Heck, he can even use it from a distance, which he does. Bercouli is stunned again and Vecta chops one of his arms off. It’s at this point that he realizes that he won’t be able to defeat Vecta. If he’s going to die, at least he’ll do so while protecting Alice. He always thought of himself as Alice’s parent. And you know what? A parent will die protecting their child.

What about those American players? Well, Asuna has been doing her best to take down as many as she can. After disposing of a player that speaks terrible Engrish, she realizes that she’s reaching her limit. How much longer can she keep going? All of a sudden, a beam of light shoots down. Someone else has arrived to help her! Who is it this time? It’s none other than…Klein! Ahh, snap! This is the second episode in a row that ends with Asuna being saved by someone arriving. Klein isn’t the only one joining her though. More allies are on the way.

In Summary:
After half a year, Sword Art Online is back! This was certainly an interesting episode. I enjoyed it for the most part. Sinon’s tearful reunion with Kirito was genuinely heartwarming. Bercouli being fatherly was also nice to see. If this is the end for him, I’m going to miss him. He was a good guy. Asuna just owning enemies is always fun to watch. Klein showing up at the end was badass. And then there was the Leafa scene. I definitely think they could have handled it better but they just had to make it weird. Those tentacles were everywhere. Everywhere. Asuna got a cool entrance. Sinon had a flashy entrance. Leafa got tentacles. She could have stopped it any time, you know? But she didn’t. Even if she didn’t want to kill anyone without knowing what was going on, I don’t buy that she’d just let this go on for so long. But I digress. As I said, it was a mostly enjoyable episode. The animation was fantastic. The new ending was great. I look forward to seeing the others join Asuna to take on the American players with their terrible Engrish. 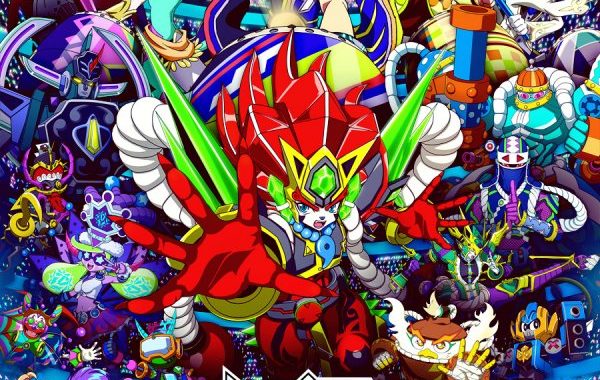 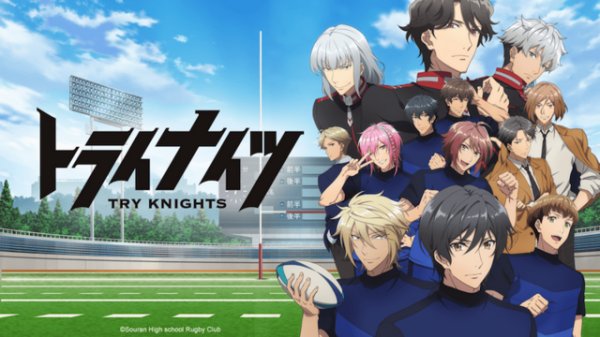 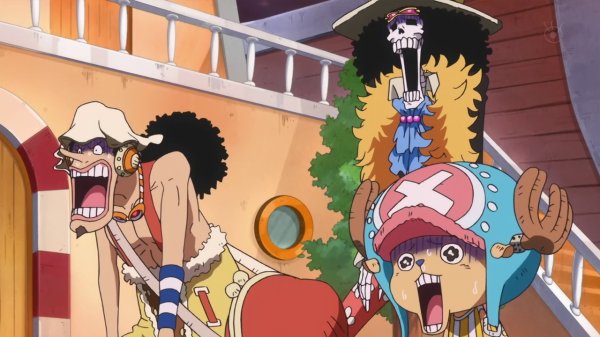