Madman Entertainment hasn’t dealt with Snow White with the Red Hair for a couple of years as they, like other distributors, released it in the two halves back in 2016 and 2017. Now, they’re looking to get the complete show together at a lower price for Australian fans to get their hands on it. They’ve set a July 8th, 2020 debut for the two-season set that will be priced at $59.95 on DVD and $64.95 on Blu-ray. Both sets are spread across four discs and are bilingual in nature. Extras include:

The work comes from Sorata Akizuki which began back in 2006 in the LaLa magazine and has seventeen volumes out so far. The series is known as Akagami no Shirayukihime and was produced by Studio Bones with Masahiro Ando directing based on the scripts by Dekao Akao. Kumiko Takahashi served as the character designer. 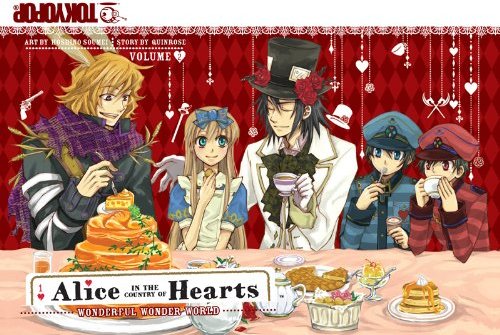 Alice in the Country of Hearts Vol. #02 Manga Review