Rivalries bring inevitably conflict … but who will ultimately prevail?

Truths will be revealed as Skye comes face-to-face with her most powerful enemy! Does the Guardian of the Nexus stand a chance or will she fall under the power of Merlin and the Knights of the Round Table? Find out here in the penultimate issue to the Odyssey arc!

Merlin once again gathered his Knights of the Round Table within the imposing walls of Camelot, where they listened intently as this madman began to outline his maniacal plans, all while praising them for their loyalty and the rewards he would grant upon their imminent victory. But as he assuaged his regret for underestimating the willpower it took to control the Holy Grail, which in turned slowed their progress for advancement of their agenda, this imposing magician placed upon the very surface where they assembled a set of familiar armor belonging to a certain annoying Guardian. As he soothed his soldiers of any undue concerns, the pompous leader then called in the grotesque being who had appropriated this sought after gear, a gargantuan amphibian who he addressed as Beatrice, sister of the Frog Queen, who then very unceremoniously vomited forth the woman named Skye. And while she may have been surrounded by numerous powerful beings, the protector wasted no time in demanding an answer which had been plaguing her since the abduction – the whereabouts of her beloved mentor Shang.

But as the dynamic young woman’s fists trembled and glowed with mystical energies, the cold and expressionless skull faced tyrant answered with a mocking tone, telling the Guardian she had no chance for resistance, and if she would calm down, he would tell where her friend was confined. Confidently striding over to a wall mounted library, Merlin callously patted upon a black tome displayed upon the podium, suggesting Shang may be dead or very well wished to be, as he faced indescribable horrors contained within his prison called the Dark Book. But as the two confrontational opponents traded barbs into learning who was telling the undeniable truth, their attention was drawn to this leader’s beautiful companion Morgan, who was leading the kidnapped Stephen behind her in chains, the latter obviously suffering from immeasurable exhaustion, all while remaining obstinate to his captors. However this callous mage would not allow such disobedience to remain unpunished, quickly snapping his taloned fingers and bombarding the poor smith with forks of lightning, causing Mathers to scream out for mercy. However this passive temperament did not last long once the ruthless sorcerer finally revealed his strategy for conquering the Realms: to rule over all as the god he deems himself to be, Merlin will need someone to lead his armies and who better for this position than the Guardian of the Nexus herself?

As we finally near the end of the Odyssey story arc, one cannot but admire the manner by which writer Dave Franchini was able to maintain our interest within Skye’s journey to find Shang, enveloped within disparate allies and adventures which seemed dissimilar, and yet united to strengthen our ever determined Guardian. But as she finally faces the egocentric magician in his plans to take over all the Realms, one has to ponder if her trials were necessary considering how oppressive Merlin is after absorbing the Grail. With her Book in his possession and Mathers having gathered the Armor of Camelot, readers have to consider if she was being manipulated from the start, another pawn for his twisted game and bringing every needed to achieve an ultimate goal. The complexity of this outcome seemed daunting, however Franchini has wondrously constructed it so as to allow readers to wonder from the start where this seemingly endless trip would ever conclude. But now that the Guardian of the Nexus has been captured, one cannot but question if Skye had been seeking out her own answers or had Merlin been influencing the outcome with his seemingly godlike powers. His arrogant attitude is suffocating and seems as if he is pontificating to his Knights even as he is apologizing for not being able to control the tardiness of her arrival, making his haughty personality all the more sickening due to the disgusting sweetness which he attempts to bring forth in this act of civility. It makes one speculate if this magician is too consumed with his own superiority to do anything by himself, only allowing outside influences to bring what he desires so that he does not need to dirty his own hands. This seems to be the case for Mathers, allowing her to roam free if only to bring the Armor and also kidnapping Stephen so that he may forge the final piece, but instead of utilizing it like his brother Arthur did to contain the influence of the Grail, it is now the key to binding the Guardian to his will. All of this melodramatic prompting feeds into Merlin’s megalomaniacal need for dominating those he cannot control, making him feel all that more forceful as more succumb to his subjugation, thus making his eventual fall that much more satisfying.

And yet within all of this suffocating atmosphere, one cannot but marvel at the illustrative oppression which Cleber Lima has brought to the story, with his crisp but heavy lines making each image all the more powerfully domineering within the panels and projecting a grim sincerity against the telling of Skye’s capture. However even with such fantastic images, they would not be as effective without Jorge Cortes’ almost overbearing palette of pronounced colors and defining application of blacks to bring forth a gritty sense of realism to each page, emphasizing every nuanced detail and allowing their subtlies to grip the reader with a repercussive sense of dread, announcing what we fear is to come for this stalwart protector. While we still cannot but compare Merlin’s appearance to a mixture of Skeletor and the Grim Reaper, the effective usage of midnight blue and intense ebony shading makes him all the more menacing, with a sense of arrogance projected from the pompous attitude portrayed within his actions, allowing for an overall chill to pervade each scene. One can almost feel the classic villain attitude oozing from his every action, his presence so tyrannical everything else which is so elegantly displayed seem like unessential window dressing, until Skye is welcomed to the picture within a nauseating entrance. However even within this grotesque portrayal, one cannot deny the captivating essence of this beautiful woman: with the overbearing frog Gretchen in the background presenting a prominent dread, her seductive curves covered in sickly green goo still have their appeal as one cannot deny even in this pitiful state, she is an undeniably sexy heroine made all the more so due to this curiously appealing display. The anguish does not last long as she returns to the resolute heroine we know her to be, with sincere anger being quickly quenched from a surrender to hopelessness as Merlin tells what happened to Shang. This singular panel is so pronounced one cannot but feel instantly sympathetic to what follows, the torrent of infuriating anger and questioning sense of denial, slowly eroding our resolute heroine for what is to come, making the conclusion all the more painful as we struggle as if this is truly the end for the Guardian of the Nexus.

This penultimate issue has powerfully enveloped all of the trials and tribulations of the Guardian, making her endless quest for justice seem worthwhile, even as we watch mournfully once she succumbs to a tyrant’s unyielding grip. The sad state is made all the more oppressive thanks to a spectacular collaboration of menacing illustrations and ominously seductive colors, yielding an environment meant to bring a fleeting sense of hope, only to crush it as if welcoming an almost predictable finale. And yet even within this depressing conclusion, one cannot but acknowledge this will not be the ultimate fate for Skye Mathers, knowing somewhere within her muddled mind the true worth of a hero will be tested and bring us an ending which will be well worth its painful wait. 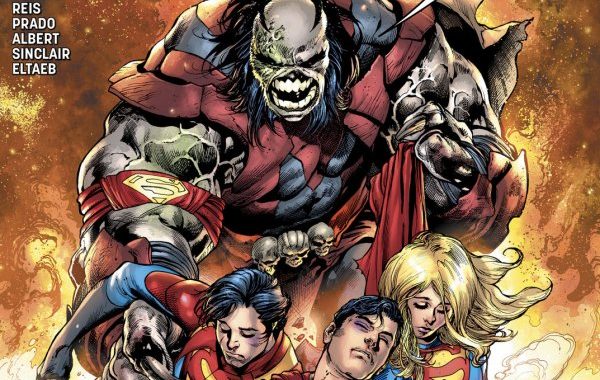 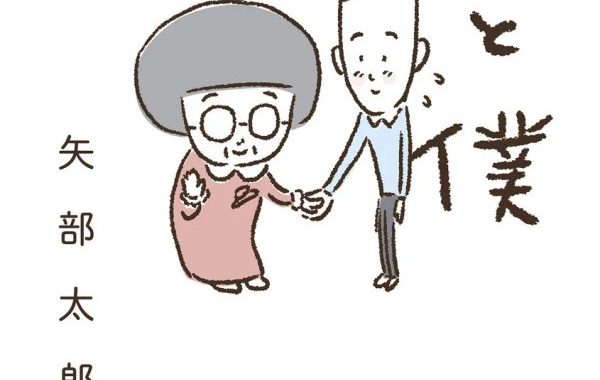