Well, that was… something.

What They Say
Furuta’s new methods have made the CCG deadlier and more efficient than ever, and more than 80 percent of the Ghouls in Tokyo have been eradicated. Kaneki and the rest of Goat have gathered survivors in the stronghold of the 24th Ward. But without access to food, their safety comes at a bitter price.

Content: (please note that content portions of a review may contain spoilers):
With the start of this volume, we find Mutsuki coming to pay Kaneki a visit. However, it’s not exactly a friendly one, and erupts almost immediately into violence in the café. Messy, hard to follow violence. And while you’re desperately trying to track what’s happening, Mutsuki suddenly throws out a threat related to Touka’s high school friend Yoriko out of nowhere. The real kicker is that this all ends with Mutsuki sending some random bicyclists who I guess are supposed to be the Oggai flying into the shop to cause explosions somehow, forcing our heroes to flee. All told, this may just be the most shoddily put together sequences in the whole series, which is seriously saying something.

But don’t worry, the question of “but… why?” won’t go away just yet, as next, we get… a full on sex chapter between Kaneki and Touka. And unsurprisingly, it’s not handled great. First off, it just doesn’t feel like it has much lead-in, as we just kind of jump right on into it. And frankly, while you could handle sex in this sort of series in a classy manner, that’s not what we get here. It doesn’t quite play as an artsy scene or anything like you may hope, and just kind of feels… mildly creepy, I guess? Either way, I don’t really think we needed a whole chapter of it, at least.

As the volume continues advancing, we get like, a city of underground Ghouls in a hidden 24th ward with more random foreshadowing, as well as the CCG getting pretty damn efficient above ground. And on top of that, Yoriko is now being fully leveraged as bait to draw out our heroes! Oh, and remember how I mentioned it felt like the relationship between Kaneki and Touka was advancing too quickly out of nowhere earlier? Yeah, well now she’s pregnant and they’re getting married, complete with Ghoul traditions and culture that we’ve never seen before! So, yeah… that’s a thing.

In Summary
Last time we finally saw a bit of quality come back into the books, and well… that’s gone here, but it’s gone in a weird way. Which is to say, this book does some really odd things. The foremost of which is, well… a certain chapter that feels incredibly out of place and not especially well handled, kicking off some incredibly abrupt relationship developments. That’s all clearly supposed to be the emotional core here… but it just doesn’t feel natural in the least, and frankly just comes across as somewhere between awkward and downright creepy. Oh, and the bit of action we get at the start is sloppy and hard to follow even for this series too, just to add to the crappiness. Maybe we’ll get SOMETHING of worth in the future, but yeah… that’s not exactly what we get here. 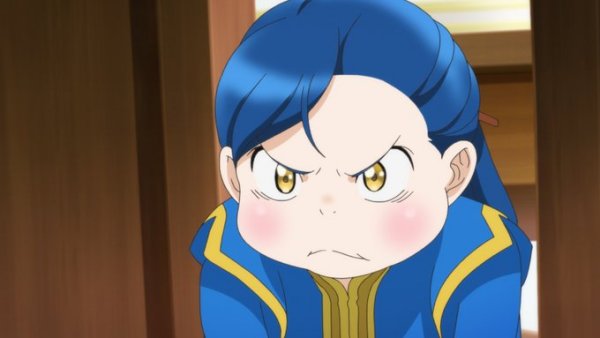