“As Pitch Black as It Gets”

The Review:
Content: (please note that content portions of a review may contain spoilers)
In the previous episode, we learned that the nobles of the Magic Parliament are a bunch of jerks. Also, that Damnatio guy is a real stickler for justice. Asta is being forced to take all the blame but he refuses to acknowledge their justice. All over the kingdom, people are reading the newspaper and the main story is about Asta being a minion of the devil! Damn, news got out fast. Father Orsi almost has a heart attack in Hage village! Revchi, Gueldre, Sally, Rades, and Valtos also hear the news while they’re being worked to the bone by Jack. The members of the Golden are also reading the newspaper. Klaus correctly surmises that Damnatio is using Asta as a scapegoat. Mimosa agrees with him and comments that he even cruelly judged his own father once. Damnatio needs to take a chill pill.

Asta tries explaining to the nobles that he can control his power and that they don’t need to be afraid. They don’t believe him and demand he receives the death penalty. Jeez, these nobles have no chill. Damnatio once again implores Asta to take the blame and receive his punishment. He’d be saving tons of lives this way! He should just accept his fate because no one is coming to save him. You know what, sir? You’re wrong! The Raging Black Bull turns up and punches through the building. Does this honestly surprise anyone? The Black Bulls won’t just sit back and allow Asta to be judged unfairly. All of the members take turns saying something nice about him which was pretty neat. Damnatio asks Yami is knows what’s going to happen to his squad after this? He doesn’t care! Didn’t you know? The Black Bulls are considered the worst Magic Knight squad of all time. It doesn’t matter if people label them as scoundrels or rebels, they’re still going to take their precious teammates back. They’re willing to use force if they have to! Also, Secré officially becomes a member of the squad. Yami even gives her a Black Bulls robe! I wholeheartedly approve of this.

Everyone welcomes her to the squad and she easily breaks free of her chains using her magic. I think she’ll fit right in with this crazy bunch. Damnatio isn’t amused by any of this. They’re just making matters worse. Someone needs to take the blame or else there’s going to be unrest within the kingdom. He uses his Scale Magic: Scale Regulate spell to make neutralize everyone’s magic. Essentially, his magic lets him measure one’s abilities, balance them, and establish order. No matter how powerful their magic is, they can’t defy it. Jokes on you, Asta can cancel out your magic with his anti-magic sword which he ends up doing. Yami uses this opportunity to attack Damnatio but is blocked by Nozel and Fuegoleon. Nozel wants to know what his plan was after this? Yami admits that he may have gotten a little bit worked up. Only a little though! He also makes fun of Fuegoleon’s Salamander, haha. Yami is great. Both captains declare they’re on Asta’s side which catches the attention of the nobles. Since they’re both nobles, their words hold a lot of weight to them. Smart move by the Wizard King to send them in! Speaking of the Wizard King, Fuegoleon delivers a message from him that states that the Black Bulls are tasked with locating and investigating the devils. They must prove Asta’s innocence by their own hands.

The Magic Knights and the Wizard King will take responsibility for Asta. Damnatio acknowledges that the Wizard King came up with a good plan. However, he does state that Asta will be executed immediately if he proves to have no use for the kingdom. Seriously, this guy needs to relax. After he leaves, everyone breathes a sigh of relief. They’ve avoided the worst, for now. Everyone surrounds Asta and they’re all smiles! They look like one big, happy family and I love it because it’s true. Later that day, Damnatio goes to see the Wizard King. He can’t believe that he’s taking everything upon himself despite his condition. Julius is glad that no one was punished and he believes that the Black Bulls will definitely find clues about the devils. He also believes that Damnatio’s scale will tip in Asta’s favor eventually. Damnatio is glad to see that the Wizard King has changed at all, inside at least. Regardless, the kingdom is facing a dire crisis and won’t hesitate to pass judgment on Asta or even the Wizard King himself. Marx barges into the room next and starts crying tears of joy. He can’t believe that Julius is alive! He embraces him. This was a nice moment. Marx then tells Julius that he’s not forgiving him and that there’s a mountain of paperwork waiting for him, haha. No rest for the weary!

On a side note, the Petite Clover after the credits was extra spicy.

In Summary:
This was a feel-good episode. All of the Black Bull members really care about Asta and it was nice to see them all stand up for him. They’re all family! And I’m really glad that Secré is now officially a part of that family. She’s going to fit right in with this crazy bunch. That being said, the preview for the next episode left me with some concerns. It made it seem like the next two episodes are going to be recap. I hope that’s not the case but I also could see that being true. Black Clover was amazing during the last stretch. But now that the big arc is over, I suspected that the quality would go down and I think it’s already starting to happen. But you know what? I’m not even mad. Sure, I’m not a fan of recaps but the last arc was great and everyone who worked on it deserves a break. 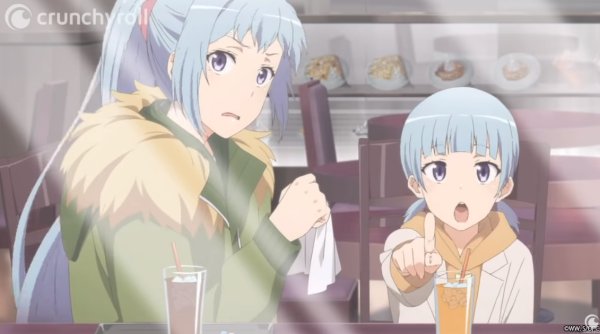 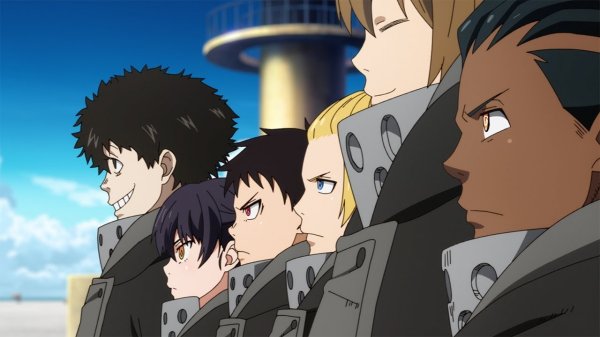