The film club is officially established and the Eizouken trio is one step closer to making their dream a reality! Episode two gives us insight into classic animation techniques while also providing some fun character interactions. The film club comes from meager beginnings, but the combined strengths of its cast have already proven the sky’s the limit!

With our main trio united, they set forth to build the groundwork for their animation studio!! Step one: start a club. Mizusaki’s family disapproves of her joining the anime club, so their only option is to start a new club. The problem is, they can’t simply make a second club dedicated to anime. Their advisor suggests a club focused on feature-length films and proposes they compete in a film competition. With a little bending of the rules and some smooth-talking from Kanamori, the ‘secretly-making-anime’ film club is formed!

The girls are brought to their new clubhouse – a big, rusty studio tucked away on school grounds. Asakusa and Mizusaki are unfazed by their humble start, as they pretend to renovate the studio with dreamlike decors. Soon enough, Asakusa is ready to pop the roof open and take to the skies in her newest imaginary contraption before she literally comes crashing to the ground. Things are just getting started for Eizouken, but you can already feel the excitement in the air. The club reconvenes the next day to discuss their plan. I really enjoy the dynamic between our three characters. Asakusa and Mizusaki wear their passion on their sleeves as they talk about animation, and Kanamori brings a level-headed perspective to the conversation. The interactions between them are light and charming. It takes them some time to realize they don’t have any basic equipment. Thanks to the crafty Kanamori strong-arming their advisor, the girls score a key to the old anime club’s storage room.

Eizouken continues to admire traditional animation with a look into the animator’s toolkit. The storage room is packed with essentials, from animation cells to a towering camera stand. Kanamori’s generally disassociation from anime gives the show a natural flow when the other two geek-out and explain the more technical stuff. While looking through the old equipment, our aspiring animators come across some unfinished cells. The previous club members were attempting to animate the windmill stationed outside. Asakusa and Minusaki can’t help but revise the old cells, all-the-while explaining how they’d give the animation more integrity. Eizouken excels as both the teacher and the student. The characters provide insight into techniques that bring anime to life, while simultaneously applying them. For example, Asakusa shows us a trick for visualizing wind in animation, when the previous clubhouse scene was already a great visual representation of those techniques put to use. Eizouken is as playful as it is educational, like an animator letting you in on their inside joke.

Of course, the girls don’t simply redraw the windmill. No, in order to see the windmill for what it really can be, we need to step into Asakusa’s ‘ultimate world’. Similar to episode one, Asakusa takes us on a wild trip through her imaginary city. We’re treated to more beautiful water-color sketches and an exhilarating soundtrack as we sail through this dreamlike sequence. Science SARU continues to demonstrate the magic of animation, turning an ordinary windmill into a sublime art piece, becoming another slice of Asakusa’s finely crafted world. The film club has just reached the starting line to their adventure, but it’s clear that they’ve already hit the ground running. I’m intrigued to see where the girls go from here. This episode gave subtle hints at Kanamori’s resourcefulness, and I’m curious how Mizusaki’s background will come into play. And despite their lack of assets, it’s clear that Asakusa’s vision for their project is out of this world. 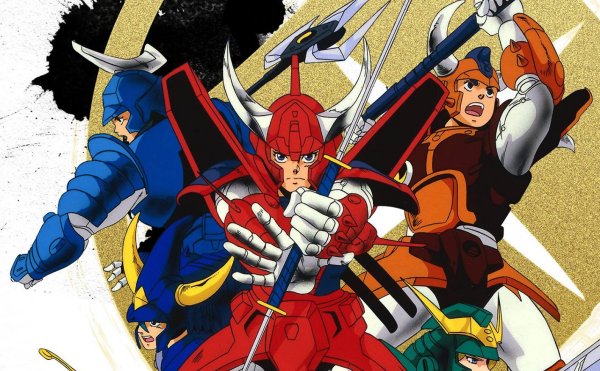