Wonderful characters and imagery that magnifies the story are just a few examples of why CLAMP has become the powerhouse we see today.

What They Say
Months ago, when Kimihiro Watanuki became the indentured servant of the witch Yûko Ichihara, Yûko warned Kimihiro about his attraction to cute young Himawari-chan. But he refused to listen. How could his pretty classmate possibly pose any kind of danger to him? At last, the secret is revealed . . . and with near-fatal results.

Content: (please note that content portions of a review may contain spoilers):
This volume departs from the Ko soul collector’s storyline seen in volume 11. It seems that aspect of the series will continue to pop up from time to time to keep it in the reader’s thoughts. What this volume does do further Watanuki’s personal growth and simultaneously increase the readers concern for his well-being.

Watanuki has begun to slip into a dream world on a regular basis. His dreams take place at night, during the day, even during dangerous events. Most of his dreams find him speaking with Domeki’s grandfather, Yuko, or Sakura from Tsubasa. All three characters play a different role in Watanuki’s dreams. Domeki’s grandfather is the introspective sage, providing advice through myth storytelling. Sakura is an interesting addition not only because of the connection with the Tsubasa series, but also the insight she provides into Watanuki’s character. Somehow, Watanuki and Syaoroan are strongly connected to each other and in turn to Sakura. All of which I cannot elaborate on since I am not reading Tsubasa.

Domeki and Sakura are interesting, but the dreams with Yuko are the best. The bond that has grown between Watanuki and Yuko is very strong, but rarely examined. Watanuki is only just beginning to realize how much Yuko cares for him, which makes him worry about Yuko. She has always spent her time granting wishes for other people, but Watanuki wants to know and grant Yuko’s greatest wish. What that wish is remains a mystery, but I’m sure it has something to do with her past.

In Summary:
Watanuki is developing into an empathetic character willing to sacrifice his own well-being for the sake of others around him. He is very different from the type of guy he was at the beginning of this series, and I’ve enjoyed watching the change. A few of the visual aspects of this volume really impressed me. Such as the cherry blossoms blowing in the wind whenever Sakura is present or being spoken of and the butterflies for Yuko.

If you are not reading this series, then all I can do is ask why not?

Content Grade: A+
Art Grade: A-
Packaging Grade: A
Text/Translation Grade: A 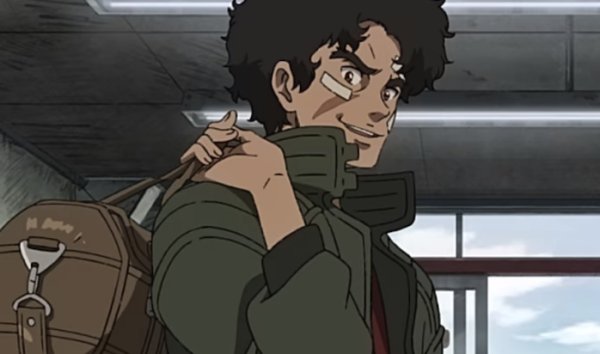