The prologue to the game concludes.

What They Say:
ONE AGAINST A WORLD Jedi Master Eno Cordova will have to use all his wits and training if he hopes to survive the mysteries of the Dark Temple! Meanwhile Jedi Padawan Cere Junda strikes a blow in the hopes of ending the battle with the Daa Corporation’s army. But was it too late? If Cordova and Junda hope to survive they’re going to need to get off Ontotho. And they can’t do that alone! It all ends here! Read the shocking conclusion to the epic comic series featuring characters from the videogame STAR WARS JEDI: FALLEN ORDER.

Content: (please note that content portions of a review may contain spoilers):
While I’ve got no intention of playing the game anytime soon, if at all, the Dark Temple series for the Fallen Order game draws to a close with this issue. Matthew Rosenberg has had to juggle a couple of different things that took some time to really come together right, I think, but mostly succeeded in the end while also giving just enough to touch upon the connection to the game. Paolo Villanelli put in some really great pages throughout with the action and he gets to work more aliens with the character designs this time thanks to the Republic showing up. But it was the combination of his designs and Prianto’s color work that really elevated the series with the while Fylari aspect and the red hues to everything.

With the finale, it’s pretty much a whole lot of action and epilogue material as things finish off to be put into a quiet state for years to come. Cere’s doing her best to continue and defend the Fylari and even figure that being on their side in a smaller scale war will help so as to find a way to get everyone to the table and protect these people. But she’s still a Padawan and that means young and reckless to many, which has her going after Daa directly to negotiate. I do like how that unfolds between the two as she shows some maturity and growing here in talking with him and coming to terms for the here and now of it all. As is the case with most wars, even at the start, things change quickly and the realization that a kind of cease-fire is being put into place is welcome so they can figure out what to do.

The problem is that the Fylari are so intent on removing the threat to themselves that they see in the Ontothians that they’re intending to overthrow them and throw the Republic out of the world. It’s a little complex and ambitious in a way that won’t work, since we know the future here, but it reinforces just how valued what they have in that temple is to them. It’s a lot of action that follows from here, especially as Mace Windu and others from the Republic arrive, and they attempt to get things to settle down. That’s all part of the larger story of the game and we get some closure for the characters here, such as Cordova focused on library work at this point and Cere now being upped to a Jedi proper. It plays well to show their progress and hint at things that might have been missed overall, which ties into what we see from the Inquisitor several years down the line as they visit the ruins of Fylari.

In Summary:
Miniseries like this are always a bit dicey if you’re not going all in on the multimedia project itself. The game isn’t on my radar for a while but I had hoped for – and got – a look at some interesting stuff from the Republic era. Rosenberg delivered a good master/padawan combo that was engaging to watch and a world where the politics of it all felt like it could have been streamlined a bit better earlier so that it made sense. We were thrown into things very quickly and that took time to catch up to the end. But overall we have a pretty solid story here with some great artwork from a period that is open to endless stories being told and I’m hopeful we get more of them – just with a few less Jedi sometimes, please? 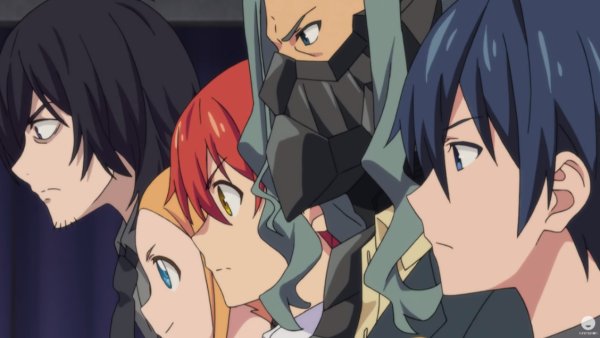