What They Say
It’s the 19th century, and the world has entered the Era of Rebirth, recovering from the devastating flames of war. The sport of mechanical martial arts has galvanized the nations. Cybernetically augmented fighters turn their blood into steam and their bodies into brutal fighting—and killing—machines.
Young Levius is one of those arena battlers, hell-bent on winning in order to simply survive.

Content: (please note that content portions of a review may contain spoilers):
Levius is one of the latest manga to be picked up for an anime by Netflix. While not a standalone series, Viz has presented the first three volumes of the ongoing series as a single hardcover edition. The series took a publishing break in Japan and returned for a sequel called Levius/Est. which is being released in single editions in English. Consider this volume a prequel to what comes later.

It is a handsome looking hardcover that Viz has produced. The color pages are included and the soft color work holds up well. Nakata’s artwork features detailed fine linework with characters and locations looking more realistic than most action manga tends to hue. It does a nice job of conveying the grimy, soot-covered steampunk aesthetic. There’s a real sense of place and time in the costuming and architecture. There’s heavy use of tone for shading and depth. Nakata uses a trick where he blurs the lines and reproduces it as a halftone for the depth of field. It becomes less apparent as the manga progresses, but towards the beginning of the series the technique is overused to the point of distraction.

The first thing any manga reader is going to notice is that the book is formatted and published in English reading order, left to right. The artwork hasn’t been flopped, that’s just how it was originally produced. It’s unusual to see, especially since the word balloons are even the traditional English language shaped style. (The letterer must have been leaping for joy.) That does make it more accessible to non-manga readers who like action comics, and there is a large amount of action to be had here.

The story is a steampunk fighting epic, telling the story of Levius Cromwell. While not exactly a war orphan, his ill mother was injured in the world war and remains comatose. Levius dreamed of her cheering him on in the Mechanical Martial Arts (MMA) competitions, and Levius’s uncle Zack takes the boy under his wing to train him as a fighter to literally make his dream come true. Rounding out support is the mechanical engineer Bill Weinburg.

The world the characters live in resembles Earth and the continents and cities share similar names, cultures, and even places as our reality, but the shape of the continents is completely different. Technology progressed differently and more rapidly, creating a world where boxing became augmented by steam-powered machinery. Sounds cool, right?

Here’s where the execution comes into play. While the art, the battles, and the world-building are all strong, the actual plot and characters end up falling short. Levius barely speaks, and we don’t really know what’s going on in his head. He’s driven toward his goal and has some high-minded ideals, but ultimately he isn’t the narrative’s driving force despite being the protagonist. His uncle Zack is a dirtbag, crass and blue-collar carrying the guilt of his brother’s death around as his albatross. It’s later revealed he has a very silly medical ailment that doesn’t make sense but plays a key roll in figuring out the weakness of a certain fighter. Bill is by far the most interesting character, but we know very little about him other than the fact he is a brilliant doctor and engineer.

The story, which starts out so promising, quickly devolves into shonen tropes. There’s the old fighter past his prime, the big dumb fighter who didn’t know when to quit but takes a liking to the protagonist and pays the ultimate price, and the girl. The girl in this case’s name is AJ. She’s beautiful, and tortured, and has basically been turned into a killing machine for a warmongering organization whose boss is called Dr. Clown. (Who is dressed like an evil clown. Yes, really.) Guess the lead boy is gonna have to save the chick. Everything plays out exactly how you would expect. The fighters have limits on how much they can use their steam power, which is partially powered by their blood? The mechanics don’t make sense so they’re not well explained. Rule of cool quickly takes over, and suddenly the fate of the world is at stake.

While Nakata is a fantastic artist, the battle panels are often a confusing mess where it’s sometimes hard to make out the hits and where they land. There are many times where it’s extremely unclear what exactly is happening and the fight has to be narrated by the other two leads.

I can only hope that the continuation of this series breaks away from the overplayed arena-fighter shonen tropes but I don’t have high hopes. This is a damn shame because the artwork really is beautiful and steampunk manga that goes hard on the steam element is rare.

In Summary
Levius is a lovely comic to look at, with lovingly detailed art and plenty of hard-hitting action. There’s also some interesting world-building happening in the background. However, the longer the story stretches the more generic it becomes. The leads are sadly one-dimensional and despite the unique art and setting it starts to grow stale. We aren’t given much of a reason to cheer for Levius beyond the idea that he’s not as bad as the people he is fighting against. The villain is a ridiculous caricature with about as much depth as a shallow puddle and his schtick isn’t even original. The uncle and engineer are self-centered assholes, and the fights themselves are sometimes hard to follow. Fans of steampunk and MMA fights might find a lot to like in this series, but the generic story and cardboard characters left me feeling cold.

Content Grade: B –
Art Grade: A –
Packaging Grade: A +
Text/Translation Grade: A 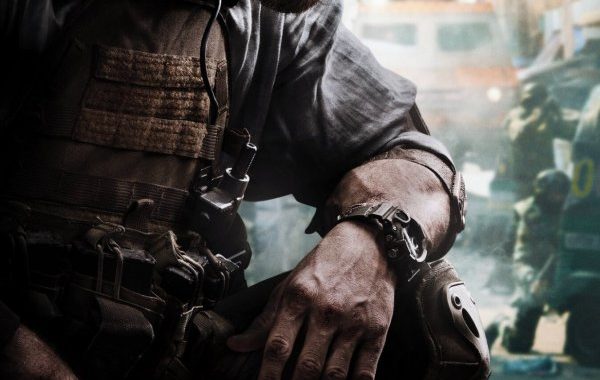 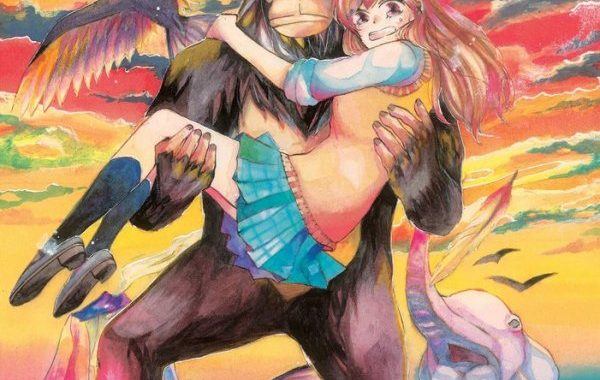