“When I Need to Say Something, I’ll Say It”

What They Say:
Question: What would you do if a girl you liked asked you out on a date? Now imagine it’s not one, but two beautiful girls, the cool beauty, Cosmos, and the cute childhood friend, Himawari!! Of course, you would make plans with both. Except for the “feelings” they confess to you are… Asking me for “romantic advice,” since they’re both in love with someone else. Hahaha… That’s it! I’m not gonna take it anymore! I’m giving up on this obtuse, harmless persona and going back to my true self. But I can’t give up hope here. If I give them my advice, at least one of them may fall in love with me!

The Review:
Content: (please note that content portions of a review may contain spoilers)
A week has gone by since the end of the last episode. Joro hasn’t seen much of Cosmos, Himawari, Sun-chan, or Pansy. People still suspect him of being a playboy with three girlfriends. It hasn’t been the best week for our boy but there has been one constant positive for him, Asunaro. She’s the only one that has been by his side the entire week. All according to her plan, I’m sure. It’s the day of the Flower Dance and Joro gets a call from Sun-chan. It appears that the teachers aren’t too keen on the idea of having two boys participate. Apparently, that would be breaking an important tradition or whatever. It sounds like a silly reason to me. Shouldn’t it be fine if a boy wants to dance with another boy? Anyway, it seems like Sun-chan won’t be able to participate. Now we won’t be able to see Joro and Sun-chan dance together. I am disappointed.

Well, it looks like they need another substitute now. Joro asks Asunaro if she would be the third. She acts shocked but we know she’s really happy about this. Naturally, she agrees to it. Asunaro suggests that he tell Cosmos right away. No need to look for her though as she conveniently appears a few seconds later. She has an unamused look on her face and asks to speak with Asunaro in the student council office. Asunaro says that Joro should go with them but Cosmos advises against it. She stubbornly refuses to go with her if Joro doesn’t come along. All three of them end up heading to the student council office. Once there, Cosmos rejects Asunaro being a part of the Flower Dance. Instead of focusing on the dance, she should be putting together a newspaper article to retract the allegations against Joro. That should be the only thing she’s doing. Asunaro wants to know why she should listen to Cosmos? Cosmos wants to know if she’s okay with Joro still being here? There’s a lot of tension in the room and all Joro can do is look around nervously while making hilarious faces. His facial reactions are still the best.

Asunaro threatens Cosmos with a slander campaign. She’s willing to print a newspaper article badmouthing her. Wow, that came out of nowhere and seems a bit harsh. Would an innocent person act like that? I think not. Cosmos accuses Asunaro of lying and continuously deceiving Joro. This is why she wanted to make sure if she was cool with Joro being here. Cosmos goes on a huge rant on how Asunaro knew Joro didn’t have three girlfriends and that she purposedly drove him into a corner. Why was Asunaro always missing during lunch when she was so adamant about shadowing Joro? Why didn’t she join them for lunch? What was she doing? Cosmos had discovered that weird rumors about Joro go around during lunch. Asunaro is never around during lunch. Coincidence? Asunaro denies having anything to do with that. Okay, but what about the accidental printing of the article a week ago? Cosmos deduces that it would be impossible for someone to switch out the articles on that particular day. But what about the day before? Who was the last person to use the printing station that day? Asunaro is sweating up a storm and remarks that it wasn’t her. She tells Cosmos to check the sign-in sheet to make sure! Oh, but she already did. Cosmos reveals the sign-in sheet and it doesn’t have Asunaro’s name on it. So that does that mean she’s innocent? Not at all! Asunaro actually altered the sheet and Cosmos has a copy of the real one which does contain her name on it. To top it all off, she has video evidence of Asunaro committing the deed. Busted!

But why did she do it? I think it’s obvious at this point. She’s madly in love with Joro. It was her plan all along to isolate him and be the one there for him. She starts crying and states that it isn’t fair that he’s always with somebody else when she wants to be with him. She’s been in love with Joro ever since THE FINAL GAME OF THE REGIONAL BASEBALL CHAMPIONSHIP last summer. Haha, this joke is still going strong and it gets me every time. Joro himself even comments that everyone loves that one damn game. That day, Joro saved Asunaro from getting hit by a baseball. He was so cool and she’s been in love with him ever since. In a hilarious twist, Joro wasn’t actually trying to protect her but was instead trying to get a look at a sexy girl with a bouncy chest. Of course. Asunaro starts yelling that everyone else should just get lost and leave her and Joro alone. Cosmos tells her that she’s being selfish and that true love is difficult. She knows from experience. A crying Asunaro confesses her love to Joro and begs him to be with her more than anyone else. Joro reprimands her and bluntly declares that he has no romantic feelings for her. He also adds that she caused trouble for everyone and wasted their hard work. She should forget about him because he won’t allow her to stand by his side. Dang, those were some brutal words there. Asunaro apologizes and promises to clear Joro’s name before leaving. Joro was kind of a jerk there, but Cosmos knows that he said all of that to give Asunaro the push she needed. He’s a dick, but a kind one.

It’s time for the Flower Dance! Joro dances with Himawari first and she teases him the entire time. He still had fun though. Next up is Cosmos and he thanks her for everything she’s done. She rewards Joro with a kiss on the cheek! This Flower Dance is going great for him. Who’s going to be the last girl? To no one’s surprise, it turns out to be Pansy. Everyone in the crowd can’t help but admire her beauty. While they’re dancing, she asks Joro why he put someone else before himself again? What’s she talking about? It would seem that Joro tried to help Pansy make some friends. The midterm study sessions and the strategy meetings during lunch were all for her sake. An embarrassed Joro admits that he did it because he was grateful to her and wanted to pay her back. D’awww. After their dance, they’re greeted by everyone backstage. Pansy had a lot of fun today and asks Cosmos, Himawari, and Sun-chan if she could see more of them. They agree and why wouldn’t they? They’re all friends! Joro watches this entire scene with sparkling eyes. He’s genuinely happy for Pansy and this was a heartwarming way to end the episode.

In Summary:
Joro is such a douche but also a softie at heart. He’s straddling the line between being a jerk and a nice guy so well. The last scene of this episode epitomizes that. He’s always saying such mean things to Pansy and yet here he is so excited that she was able to make friends. It was such a nice moment. Joro, you are certainly an amusing character. To put it simply, he’s a lovable dick. That should wrap up the Asunaro arc but who knows? We did see her in the newspaper office typing up an article. Is she actually going to print the truth or does she have another devious scheme? I guess we’ll find out next week! 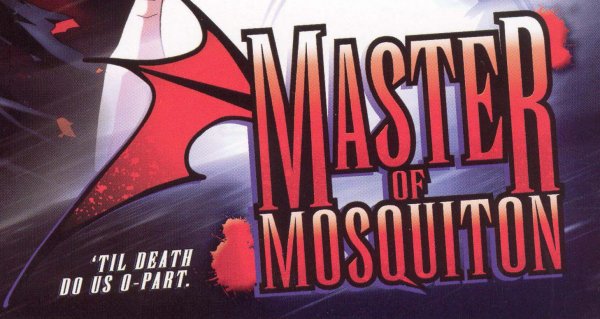