A series focused on rakugo comedy is definitely a rarity.

What They Say:
Marii, Kigurumi, Tetora, Gankyo and Kukuru are five young women with completely different interests and personalities, but there’s one thing that they all share: performing Rakugo, a unique form of Japanese comic theater in which a single artist sits in front of an audience and tells an entire story, portraying multiple characters solely through changes of voice and minimal movements. It’s a challenging art but all five of our heroines are determined to become the best they can… and in the meantime, they find themselves hanging out together, both at the Rakugo theaters and around town. They also have a shared acquaintance, a mysterious stranger who’s always wearing a wrestling mask! What’s that about? To find out, pull up a seat and watch as our heroines put on the best show in town!

The Review:
Audio:
The audio presentation for this release brings us the original Japanese language track in stereo encoded using the DTS-HD MA lossless codec. No English language dub was produced for this release. The series is one that’s largely dialogue based with some nice incidental elements here and there with minor “action” and wackiness occupying a lot of that. The score for the series helps to give the show a little more oomph when it comes to the audio side of it but it’s mostly a dialogue-driven series with everyone talking to each other, so it’s mostly center channel based. The bigger moments with some of the zany moments allows it to ratchet it up just a touch but it’s one of those more relaxed series overall. Dialogue is clean and clear throughout and we didn’t have any problems with dropouts or distortions during regular playback.

Video:
Originally airing in 2012, the transfer for this TV series is presented in its original aspect ratio of 1.78:1 in 1080p using the AVC codec. The thirteen episodes are spread across two discs with nine on the first and four on the second. Animated by JC Staff, the show has a really great design and look about it that has a lot of detail and fluidity, but works a simpler approach in a way since it’s a dialogue based series. There are some busy sequences and plenty of silliness that keeps it active, but it can get away with a lot of strong looking backgrounds because it’s not a high-motion series by designs. The encoding captures the feel of this just right as the colors really stand out well and the detail both in the character and background side is pretty strong at times. I really like the visual design for this series and the encoding brings it to life wonderfully.

Packaging:
The packaging for this release comes in a standard sized Blu-ray case with both discs held against the interior walls. With the front cover we get the standard key visual that brought all the girls together int he center with some nice traditional elements tied to it through the background that fits in with the overall theme of it. The logo is kept simple but with enough style so that it feels unique to the show and it’s colorful enough without being overdone that it can draw you in easily enough. The back cover carries over the background colors nicely enough and lays out a strip of shots from from the show without taking up a lot of real estate. The premise is a bit smaller than I’d care for in font size but it covers the basics clear enough so you know what the show is about. Extras are clearly listed while the remainder breaks down the production information and technical information. No show related inserts are included nor is there a reversible cover.

Menu:
The menu design brings in most of the elements from the packaging pretty nicely, though it’s a bit brighter and clearer here than in print form. The standard layout is here with the right half using the character grouping with some of the standard visual design elements similar to the cover here and it looks nice, vibrant, and well-detailed. The navigation takes up the left side with episodes broken out by episode number and very lengthy episode titles. Submenus load quickly and are easy to get around in both as the main menu and as the pop-up menu during playback.

/center>
Content: (please note that content portions of a review may contain spoilers)
Based on the manga of the same name by Koji Kumeta, Joshiraku is a thirteen-episode series that originally aired during the summer 2012 season. The show is one that was pretty much under the radar at that time and back when not almost every show got streaming, so it was lost in the crowd in the years since. The manga itself began in 2009 and wrapped up in the fall of 2013, so the anime likely didn’t help its performance overall and brought that to a close. It did get an OVA that came with the fifth volume and with that only helping sales so much, the sixth volume became the final one. Sadly, the manga itself is unlicensed though with Kodansha having it there’s always a chance for a digital push at some point.

The premise of the series is one that makes for very good random watching as opposed to binging. Joshiraku focuses on five young women that are rakugo comedians. It takes place in the present day but they keep to this traditional form of comedy where they have one of them sitting out on stage all proper and working their verbal comedy and storytelling. It’s not an unfamiliar form of comedy outside of Japan but it tends to be mixed in with other things and not done with the sitting position and all. We get a bunch of these throughout the series, often as opening pieces for one of the characters, and it’s really going to be hugely subjective if it works for you. I imagine that with some of it that those who work in translation or are more fluent in Japanese will have lots to say about how it’s translated because of the subjective nature of it all and the wordplay.

The five young women all have their distinctive quirks and designs about them so that they stand out as unique while still leaning easily into the usual archetypes as characters. Some of it is very cultural when it comes to their performances, with Marii doing lots of Edo style pieces that sets her apart as does her red hair. Kguriumi plays up cute and outgoing when she’s really shy, Tetora’s the actual carefree type that’s not flighty but is fun while Gaknyo gives us the girl with glasses that’s also violent, which is always a fun combination. It’s rounded out with Kukuru who is pretty much just unstable in general which leads to an unpredictable bit of comedy and general situation humor as she copes with being unlucky. Throw them together, on stage or when they’re out and about in regular clothes shopping and the like, and it can go in any number of directions.

The structure of the series likely adapts the manga in the right way where each episode is mostly done with three shorter stories. With them being full-length episodes, that means we get about thirty-nine stories in total here across the set where they’re about seven or so minutes each with some variation as needed. That means we get some good fun in short order but there are no storylines running over the series as a whole and sometimes as an episode itself. There are familiar pieces such as taking a little vacation time (while playing with the words vacation and vacant) and we also get some cuteness with the girls coming up with their own Japanese version of Halloween for a while to use with their show. But an episode can shift quickly with disconnected things, such as the opener that introduces the characters, has them going on about casualwear, and then who likes cats or dogs. All while playing with the words and their particular type of comedic storytelling mixed into their non-work dialogue as well.

Honestly, shows like this are ones when viewed as a full season I find incredibly hard to review. Humor is more subjective than standard storytelling in my view because what one finds funny can really vary. There are some good bits throughout this but the show is more a series of cute girls doing cute things than a comedy. And those cute things are often incredibly inconsequential, such as when they go to a fish market or hit up other shopping district things. There’s fun with going to the zoo or the non-seasonal Christmas that they have for the fun of it, but these really are all in the minute and it’s a matter of whether the wordplay connects for you or if the characters and their personalities do. I found it to be fun and mostly harmless, which is what you largely expect from a cute girls series and it definitely delivers there.

In Summary:
Joshiraku is about what I expected from this series and it does achieve what I think it sets out to do. It adapts the manga and its fun with wordplay and comedy while also delivering a fun show about cute girls doing cute things. I like how it shifted from performance to normal modern life things as that gave it a nice hook and put it more in the entertainment realm than some other shows as just looking at the cover might have you think that it’s a period piece series for a minute. But damn, these shows are hard to review because you end up trying to explain gags or jokes or avoiding that part and taking out some of what makes it work. I liked some of the humor and some of the cute girl stuff while other parts just fell flat. It’s a mixed bag that I think will definitely appeal to its intended audience if they can find it. Maiden Japan put together a solid enough release here with a great looking encode and solid audio but it’s no surprise that this didn’t get a dub considering it was under the radar for so many years.

Content Grade: B-
Audio Grade: B
Video Grade: A-
Packaging Grade: B
Menu Grade: B
Extras Grade: B- 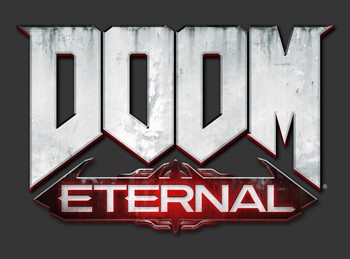