Time to close in on the truth….

What They Say:
Attack on Titan Season 3 Part 1 contains episodes 1-12 of the anime directed by Masashi Koizuka.

The truth about the Titans begins to come to light. Political secrets, a false king, and the reality that will shake the foundation of the world all falls on the shoulders of Eren and his friends, as they fight to survive. With Historia set to be the rightful Queen, the Levi Squad must act. But a figure from Levi s past, the deadly Kenny, could turn this into a losing battle. Are Eren and his friends prepared to face the true monsters that lie within the walls?

Video:
Similar with the audio, the video is set in 16:9 – 1.78:1 aspect ratio via NTSC transfer to PAL format – with DVD releases nowadays the effect definitely seems grainier compared to HD and with me doing a ton of Blu-ray reviews recently this is a good way to remind you how the times have changed. That said, the animation was good overall, and despite the use of CGI during a lot of the attack sequences and the swinging it isn’t horrendously noticeable compared to other series I’ve reviewed in the past so kudos.

Menu:
The menu on both discs pretty basic – both discs have the same background of the AoT green with the insignia in the forefront with the selections of Play All, Marathon Play (the same but you get just one opening at the start, and one ending at the very end), Set Up (audio and subtitles), Episodes and on disc 2, Extras. The menus and images are unremarkable and standard, menu is quick and does its job with no glitches and can quickly return back to the main menu when watching the series, just the fact there aren’t even any of the characters on the menu screen (especially as this is THE big arc for Krista/Historia you would have thought at least she would have been on it) makes this even more bog standard than usual.

Extras:
The only extra is what is known as an eye-catch gallery: Gives more in-depth info on the eye catches throughout the episodes so the examples are; episode 38 Titan Bodies, episode 39 on Anti=Personnel Omni-directional mobility gear, episode 40 on Intelligent Titans, episode 41 on the chancellery, episode 42 on the underground chapel, episode 43 on the titan’s scream, episode 44 on the syringes, 45 on titan hardening, 46 on Rod Reiss’ titan, 47 on the Ackermann Family, 48 on the Executioner from Hell weapon and 49 on the rarity of meat…yeah, that actually caused a war within a war…poor Sasha…

Content: (please note that content portions of a review may contain spoilers)
Attack on Titan is one of the biggest series of the last decade – with spin offs, ongoing manga and of course a successful anime series. After the first season gripped the anime fandom, it was a few years before Season 2 but the third season fortunately wasn’t much further away, and being under a year since its release in Japan it actually got a UK release and with this being the penultimate season, it is starting to bring things back from the past as well as set up a new future…

With the remaining team of Scouts under Levi, the focus is now keeping Eren under control and testing his Titan abilities, whilst also protecting Krista…now under her real name Historia as she is technically royalty. However the corruption of the military police making them seem like the bad guys definitely has a feel of are humans the real monsters here as this is the first time this trope has been played as the squad throughout this arc realise they may have to kill fellow humans if they want to survive. Indeed, Eren and Historia are targeted but the group initially tricks people after them, but Levi talks about someone in the area he knew from the past…and coincidentally he does appear with a group after them – named Kenny the Ripper. He kills one of the squad (NIfa) right off the back (Attack On Titan still high with the anyone can die ideology) and indeed, it does lead to Historia and Eren being captured.

Levi decides to plan to get the people on their side, with Hange who is slowly becoming my favourite character asking an old favourite Erwin to try and locate Eren, knowing he would be eaten for his Titan powers if they don’t save him. It is here they discover that Historia is the heir to the throne currently held by her biological father Rod Reiss (we see a flashback of how she got the identity of Krista Lenz) who is going to see his daughter for the first time in years…

Levi’s plan on the other hand works as they do a coup d’etat to showcase the current king employed by the Royal Government is a fraud after Erwin comes up with a risky but in the end successful plan to get the people on their side. A combination of finding old friends of former colleague Annie, finding Eren and Historia’s location and using the son of a betrayed and murdered father involved in the business of Stohess, the plan leads to hopefully reclaiming Wall Maria if the Scouts are cleared and Historia becomes queen. However, Eren is currently chained in a crystal like cavern where Historia and her father approach him….at first, it seems like Historia is on her father’s side and he is convincing her to become a titan to eat Eren, however through this she also learns memories of her half-sister who apparently erased herself from her memories – the Reiss’ having Founding Titan powers. It’s here also we learn who Kenny truly is, his links with both Levi and the Reiss’ and that despite being in the show a short time, he is surprisingly in-depth and vital to the plot for the time he appears, synching in things that happened in the past as well…

Historia eventually realises what Rod is truly up to, and doesn’t transform and instead attacks her father before trying to free Eren. Unfortunately Rod uses the serum he was going to use on her to transform himself into a Titan. Levi’s group go to save them but Titan Rod is nearly crushing the cavern, fortunately Eren finds a serum which allows him to harden in his Titan form which suggests a new power for him to use…so now they have to kill Rod, and the group take quite a few risks to try and kill him, the main one being Historia being in the front lines, as she realises a way for her to introduce her to the masses as the potential queen. It works, and with that as well as the reveal of how Kenny is (and what he gives Levi) the scouts are cleared….though there are other people and titans out there taking out other members of the former squad and regaining power in other areas…

The last two episodes show that Historia’s reign is a few month in, new weapons made, Eren learning his powers, and a past comrade who has links to Eren’s dad, as the whole what’s in the basement angle is brought back forward so you learn a bit about Eren’s parents as the group are more determined to retake Wall Maria – however the gift that Levi gets from Kenny is being used as a plot device as something Levi may have to use whilst Erwin leads the invasion, though there is a strong enough hint that he may be doing so to make sure Levi doesn’t falter or waver in particular decisions. And whilst there is a little bit of comedy with the meat scene, the show ends with a scene suggesting something happens in the second half between Eren, Mikasa and Levi so….

The Attack On Titan train never really stopped, just slowed down for a bit. It has come back big time albeit with a few things that seems a bit weaker but fortunately countered by others. For example, a lot of the core characters have very minor roles here (Mikasa barely is in it for example) and Eren sadly seems to be going more in the direction of a whiner again though he does make up for it a bit with his hardening Titan form. The real key however is characters such as Levi, Historia and Erwin bringing their A-game, others like Hange adding some umpth to it, which leads to a lot of cliff-hanger material and plot twists that may come into play. The key one with Historia now leading after taking over her father, you wonder if this will be the happy ending as they try to take over the wall, or are there more twists and turns? The mid credit ending definitely suggests the latter rather than the former…

Also helps by a short lived but still pretty intrigued antagonist in Kenny as he has a history with Levi, and when you learn his back-story it definitely makes sense what he did. He is shown as skilled, ruthless but also one that doesn’t take kindly to double crossing and will protect who he cares about – this is in stark contrast to most of the police who try and double cross, blame the Scouts and kill those who remotely go against their ideals, again adopting the philosophy of are humans the real monsters….

Add to that a few funny moments (the argument over the meat – poor Sasha, and anytime Hange goes over the top….) intermixed with the drama and violence, and this is shaping up to be potentially the strongest season of AoT. Just hope that Mikasa and Eren’s roles aren’t going to be simply she wants to protect him and he cries about how he is normal, because with the wall and that basement both becoming key players again, it is time for the leads to step up, because this may become the Levi show at this rate…

…not that is a bad thing.

In Summary:
Attack On Titan returns big time as the Levi Scout Squad with a few core good people and the transformation of Krista to Historia is confirmed, told and then finalised. A strong story with a good climax and villain, combined with good action, storytelling and morals, it is slowly getting to the conclusion and definite conflict is on the way. Whilst the core three of the original series are surprisingly minor in comparison and Eren is definitely either good or bad depending on the situation, Levi and Erwin’s moments make up for it and make this a must watch for AoT fans. 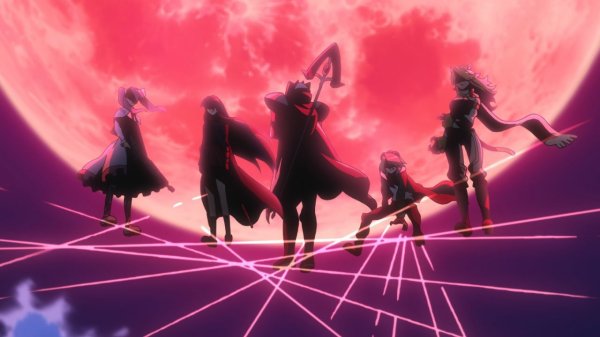 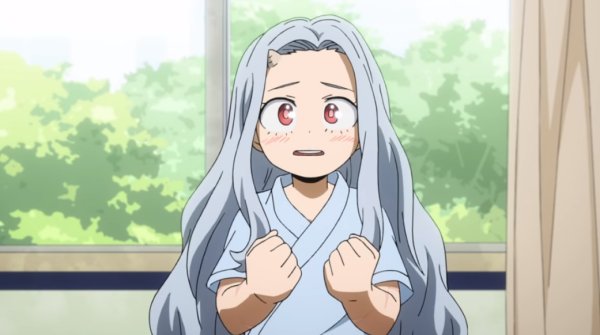