This year’s Anime Expo was packed with high profile premieres and screenings, but none more so than the world premiere of My Hero Academia’s fourth season. Even though the season won’t start airing until this Fall, AX attendees got a chance to watch the first episode early, with an English dub no less. This being the first episode of a new season and the start of a new arc, we’re given a lot of hints about where the story is headed now that All Might has retired and Class 1-A passed the provisional licensing exam (spoilers ahead).

For those who don’t remember since it’s been a little while, season 3 ended with Midoriya meeting Mirio Togata, an upper classman who’s one of the top contenders to take over All Might’s title as number one hero, even as a student. Togata plays more of a supporting role here, as he serves as Midoriya’s introduction to Sir Nighteye, All Might’s former sidekick and Midoriya’s first choice for his work study program. Even in a smaller role, Togata still stands out for how he compares to Midoriya. We see in a flashback that (unbeknownst to him) he was originally All Might’s first choice to inherit One For All, a fact that Nighteye throws in Midoriya’s face when the latter’s combat abilities don’t impress him during Nigheye’s test. Midoriya’s biggest struggle has always been trying to prove to himself that he’s worthy of succeeding All Might, meaning Nighteye’s accusation strikes at the heart of the issue. But Midoriya isn’t the same insecure kid we met at the start of the series. His determination has only grown over the past three seasons, particularly now that Bakugo has outright told him he can’t fail now. With all this behind him, Midoriya only redoubles his efforts to impress Nighteye, although we don’t get to see the result of that before the episode ends.

Nighteye himself is also a welcome reminder that MHA can also be pretty damn funny when it wants to be. Despite his strict demeanor, Nighteye actually loves jokes, which means Midoriya has to try to make him laugh to make a good first impression. Midoriya’s spot-on All Might impression may be hilarious, but it doesn’t impress Nighteye, who critiques it for having some of the wrinkles slightly off. Their subsequent discussion of All Might’s various expressions and exploits is just as funny, particularly since this is the first time we’ve seen Midoriya meet someone who’s just as big of an All Might fanboy as he is. I’d happily watch an entire series that’s just Midoriya and Nighteye debating their favorite All Might stories the way kids talk about their favorite comic books.

On a much darker note, this episode marks the return of the League of Villains, who were mostly absent from the second half of the third season. Having lost two of their members in the raid to capture Bakugo, as well as All for One, the League has fallen on hard times, hiding out and trying to rebuild their power. Then they’re given an offer by a Yakuza agent named Overhaul: join him and he has a plan to take over the underworld now that All for One has left a power vacuum and All Might has retired. Shigaraki immediately refuses, and Magne attacks, only to be killed by Overhaul and his men. The Yakuza initially overwhelm the League of Villains before leaving to let them reconsider their offer. With how much MHA focuses on its main heroes and villains, it’s easy to forget that this is a world where almost everyone has some kind of Quirk. Seeing the Yakuza in action puts things into perspective, reminding us that Shigaraki’s gang is far from the biggest fish in the villain world, and that not all criminals are typical villains. With Shigaraki unlikely to swallow his pride and serve under anyone other than All for One, it looks like there’s yet another faction in play now. If previous arcs are any indication, this means Midoriya’s work study is bound to intersect with both groups eventually, giving this season a lot of potential avenues to explore.

The premiere also featured the return of Funimation’s dub, which continues to be excellent as ever. Justin Briner continues to fit Midoriya perfectly, and its hard to imagine any English voice actor capturing All Might’s personality as well as Christopher Sabat. Ricco Fajardo also stands out with how well he portrays Togata’s friendly and good-natured attitude without ever falling into a caricature. All in all, it’s easily one of Funimation’s best dubs in recent years and shows no sign of changing.

Even though it’s mostly setup, this episode gives us a lot to chew on. My Hero Academia has yet to address the full fallout from All Might’s fight against All for One, and it looks like that’s going to be the focus of this season. Between Nighteye’s introduction, Midoriya’s goal for a work study, and Overhaul’s plan, MHA’s new season is off to a strong start. We’ll have to wait until October to see the full season, but if this episode is anything to go by, season 4 is on track to live up to the high standard MHA has set for itself. 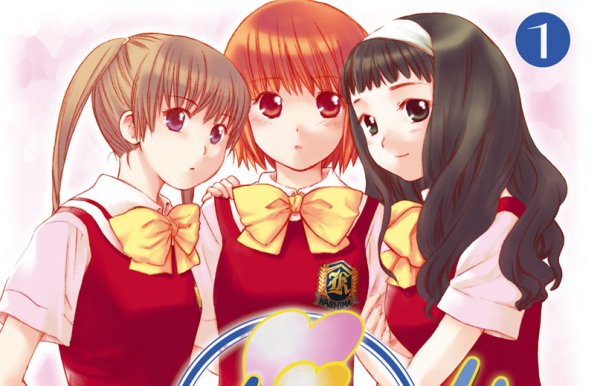