Cutie Honey takes on the universe with a new anniversary series.

What They Say:
The girls at Saint Chapel Academy all think Honey Kisaragi is just another sweet, kind and incredibly beautiful girl, but what they don’t know is that Honey is actually the world’s most advanced android, with the capability to transform her lovely body into multiple forms with their own special abilities! Unfortunately, the evil Sister Jill, head of the sinister organization Panther Claw, knows Honey’s secret, and the malevolent mistress of mayhem will stop at nothing in her attempts to capture Honey and use her body for her own twisted purposes. With Jill’s army of half-human hotties on one side and Honey and her stalwart allies at the PCIS (Panther Claw Criminal Investigation Service) on the other, it’s going to be the wildest, sexiest battle ever! Watch out evildoers! The original magical girl is back in this uncensored release!

The Review:
Audio:
The audio presentation for this release brings us the original Japanese language track and now an English language dub, both of which are in stereo and encoded using the DTS-HD MA codec. The show was one that was welcome for a dub since it brings back the right people as having Jessica Calvello voice Honey is spot on perfect. The series is one where it’s like past works in that there’s a bit of action to each episode but lots of dialogue to it as well, giving it a simpler approach for the majority of the time. The music is where things have the best full feeling, but overall the mix here is pretty good with the action having some good placement to it and in some instances some good depth. Dialogue is similar as it comes across very clear throughout both in the quieter segments and the louder ones when everyone is overreacting to things and yelling a lot. Dialogue is clean and clear throughout and we had no problems with dropouts or distortions during regular playback.

Video:
Originally airing in 2018, the transfer for this series is presented in its original aspect ratio of 1.78:1 in 1080p using the AVC codec. The twelve episodes are spread across two discs in a standard nine/three format. Animated by Production Reed, the show has a very vibrant and fluid look to it with some wonderful colors that really leap off the screen. The high definition transfer definitely gives all of it a lot of pop as the colors are even more solid here and the vibrancy goes up a couple of notches as well. Cutie Honey deals with some good real-world backgrounds that have a richly detailed look which complements the character artwork really well. There’s some good detail visible here and the animation is strong which the encoding captures well. The show has its busy sequences amid the more simpler scenes and these really stand out well with some great fluidity and color definition that has it practically popping off the screen.

Packaging:
The packaging for this release comes in a standard-sized Blu-ray case where there are no hinges involved or o-cards. The front cover has the familiar and welcome key visual of the various forms of honey lined up but with some bubbles floating in the background with shades of blue to give it a little more color. The logo takes the Japanese style well and the use of the pink mixed into it along wit the heart is definitely appealing. It’s a busy cover but not so much that it becomes a problem. The back cover slices things nicely with a lighter top corner that gives us another Honey standing tall while the right side is black and holds the extended summary of the premise, a few shots from the show, and the overall tagline. The discs features for extras are clearly listed and the technical grid breaks down the details of how the set is put together clearly and accurately. No show related inserts are included nor is there a reversible cover.

Menu:
The menu design for this release keeps to the standard static layout that Sentai uses on the majority of its releases where we get the pairing of two Honey’s together, center and left of the screen. The logo looks nice here with the pink popping even more than the cover while the background, given more expansion here, looks even better with the blues and bubbles. The right has the navigation which looks like narration boxes in comics done up in pink and white but highlights with yellow zip tone and a shade of blue that’s delightful. It’s very easy to navigate both as the main menu and as the pop-up menu during playback, which did allow for changing of the audio while in the middle of an episode. I still wish you could change it on the fly easier but it’s better than it being completely locked.

Content: (please note that content portions of a review may contain spoilers)
Cutie Honey is one of those properties that has been around for longer than I’ve been alive and every time I got to see some of it I had fun with it. The show is not one that I take too seriously but it was always something that felt like Go Nagai taking a dip into something colorful and silly amid all his darker workers. With the year it came out being the 50th anniversary of Go Nagai’s start as a manga artist, this new series landed with Akitoshi Yokoyama directing it based on Natsuko Takahashi’s scripts with Production Reed animating it. The fall 2018 season had some interesting shows and Cutie Honey is one that didn’t break new ground but did what it did best. And Sentai put it together best here as well, bringing back Jessica Calvello to voice Honey for the dub. I do like the variety that we get from the various voice actresses on the Japanese side, but I grew up on Calvello.

This series isn’t trying to do anything deep and it’s even a bit skimpy on the whole setup side of things. The general premise is that Honey Kisaragi is an android with a special system that allows her to transform into different versions of herself with different skills. It looks like all the basics that have defined the character since her introduction are here as we see her searching for the Panther Claw group that’s responsible for the death of her father. Using the Airborne Element Fixing Device that grants her transformational abilities, she joins with PCIS to go against Panther Claw and take them down. That group is run by Inspector Genet, who is such a Go Nagai looking character that it’s like she’s distilled from his essence in how she looks.

Oh, and Genet is actually also Sister Jill, the leader of Panther Claw. So, you know, there’s that lurking throughout the series until Honey figures it out in the penultimate episode, leading to some really great action material.

What we do get with this series is a very episodic one overall as Honey deals with the attacks by Panther Claw. This is a mixed bag depending on how you feel about storytelling. If you’re more interested in something that doesn’t play so episodic, it’s going to be problematic. While it does have the larger story of what Sister Jill is up to here and the sham she’s running, the bulk of it is about the interactions at the moment. But there are some really creative things that go on here. The third episode had a sequence that really worked well for me as the Badfly Claw, in an attempt to mess with Honey, has an attack in a department store that turns the customers into mannequins. This comes as Honey’s bestie Natsuki is on a date with Genet, having been really enamored of her. It’s a weird turn of events in how it unfolds but the way it raises a kind of old school tension with the mannequins really works for me.

The same with the kind of sudden cruelty that comes at the halfway mark when Dragon and Snake Panther attack Saint Chapel and destroy the school and kill lots of the students. Sister Jill’s intent is to keep pushing Honey into darker and darker despair and something like this does just that. It’s a very Go Nagai thing where even in this show where everything has that surface of bright, light, and colorful pop that it’ll go for the really dark stuff to get the job done. All of this does reinforce the bonds between Honey and Natsuko as they both protect each other in different ways, giving us the uplifting side, but we get the opposite of it on the Panther Claw side, with Snake’s failure resulting in death at the hands of Sister Jill. It tracks very well with what we keep seeing as more and more of the darkness that is Sister Jill exudes out.

This kind of back and forth of attacks, deceptions, and subterfuge makes up a good chunk of the series. A lot of the fun is in watching the various ways that Honey uses her transformations to deal with it, looking for the right form and employing it well alongside others. The friends have their moments since they’re such staples as well, including when they get to dress up like Honey in order to distract Sister Jill, but by and large they play a familiar role. Honey gets to just run with so many other situations and often gets her own ass kicked first that it’s a big game of “I get knocked down” before getting up again that it can be a bit draining when marathoning. But I imagine it plays better on the weekly viewing in that regard since it’s not quite so obvious in that repetitive element that it employs.

In Summary:
I’ll admit that I didn’t go into Cutie Honey Universe with high hopes or expectations but that was mostly because I was expecting a largely episodic tale with Honey dealing with bad guys of all sorts along the way. It swings wildly when it comes to tone simply because that’s how Go Nagai works track more often than not but I had fun watching a character that I’ve seen get various projects sporadically over the years. Sentai’s release is spot on with a clean looking encode, a very fun dub, and there’s a great premium edition version out there as well. Fans of Honey know what they want and this one is a bit more difficult to go in cold on, but we’ve got a special place in our heart for this character. 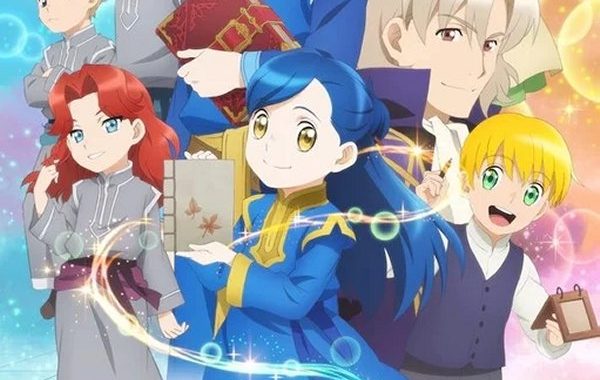 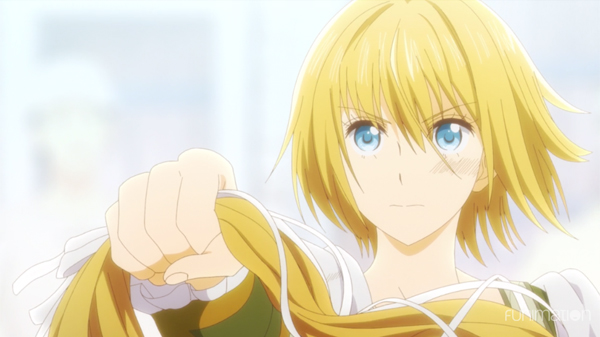