The second Trinity Seven film is scheduled for a Japanese release on March 29th, 2019 as Trinity Seven: Heavens Library & Crimson Lord and now some new distribution details have surfaced. The English language site provides a good map breakdown of where to see it but there’s no “flat” text list for it on the site. The film is being directed by Hiroshi Nishikori based on the screenplay by Kenji Saito while Shinpei Tomooka is on board as the chief animation director and character designer.

The manga for this property started in 2010 and has eighteen volumes to its name as created by Akinari Nao and Kenji Saitou, which Yen Press is currently releasing.

The series was directed by Hiroshi Nishikiori based on the series composition by Hiroyuki Yoshino while Shinpei Tomooka did double duty as the character designer and director of photography. The series was animated at Seven Arcs Pictures.

Plot concept: Things have been looking sunny for Arata Kasuga lately. Unfortunately, it’s been the wrong sun in the sky, and the mysterious Breakdown Phenomenon that accompanied it destroyed his town and stole his beloved cousin Hiijiri, leaving Arata in a fantasy world of his own creation! There’s still a chance to save her, however, as the appearance of the Black Sun also revealed Arata’s potential abilities as a mage, placing him in the powerful Demon Lord class. But first, since Arata and his newfound magical talents are far too dangerous to leave to their own devices, he’s immediately whisked off to the Royal Biblia Academy. That’s where he’ll meet seven beautiful female mages whose powers are intrinsically tied to the same sins that Arata has to master to put his world back together. Of course, the tricky part is that they have their own plans for him as well! The lessons in sin are about to begin as Arata takes on the TRINITY SEVEN! 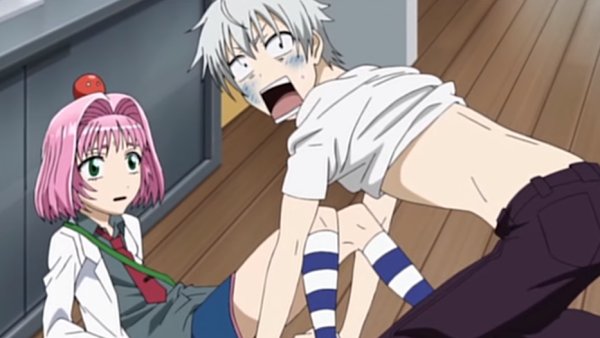