A striking and hypnotic series that explores a unique world.

What They Say:
No matter what the odds, life will find a way to continue, with young Phos and the other gems as the ultimate proof. Instead of flesh, their bodies are made of living crystal, allowing them to survive in a world too toxic for any human. But their gem bodies also attract a terrible danger: the Lunarians, who hunt the gems and use their shattered forms to fabricate jewelry and ornaments. The gems with the strongest forms defend the others, but Phos is too weak and brittle to fight. Instead, Phos is ordered to compile an encyclopedia; but could that research discover hidden secrets that could help the gems? Join Phos, the toxic Cinnabar, the powerful Bort, the valiant Diamond, and others in a glittering world unlike anything you have seen before!

The Review:
Audio:
The audio presentation for this release brings us the original Japanese language track in stereo along with English and Spanish language dubs, all of which are encoded using the DTS-HD MA lossless codec. The show is one that works a really good mix of dialogue and action pieces that’s accented by the nature of the characters with the gemstone aspect, giving a lot of clink and shatter moments all the more importance. It’s a distinctive piece in this regard and it gives the show something that stands out well while not dominating. The stereo mix handles the action very well with a good sense of placement and movement as well as some solid impact as needed. The dialogue is clean and clear throughout with some fun depth at times that enhances a number of scenes, all of which comes through cleanly and clearly with no dropouts or distortions during regular playback.

Video:
Originally airing in 2017, the transfer for this TV series is presented in its original aspect ratio of 1.78:1 in 1080p using the AVC codec. The twelve episodes are split across two discs in an eight/four format with plenty of room to work with as more space was definitely needed to deal with this animation style. Animated by studio Orange, the show employs a really great CG design to it that comes across beautifully. The initial promos definitely had you wary simply because it wasn’t like other shows but in telling the story it looks fantastic and works with the material in a great way. There are a lot of really neat details in the characters and settings and the color design is fantastic. The encoding captures all of this and the high motion material wonderfully with no breakup or noise to be had. It’s a clean and very appealing release here that delivers on the visuals of the source material in a strong way that makes it a great experience.

Packaging:
This limited edition release, a single pressing only that’s being produced, is done up with a steelbook that comes with a plastic o-card. The o-card is largely clear on the front to let the artwork through but it has a nice black framing to it that gives it a little weight as well as the logo. The back of the o-card sticks to a largely black background with four nice visuals along the corners while the bulk of the middle is given over to the summary of the premise. The extras are clearly listed and the bottom breaks out the production credits and the technical grid that covers the technicals of how the release is put together. The steelbook itself looks great with the silver background design and all the flashes of color from the characters through their hair, which is made more vibrant here in a really engaging way. It wraps around to the back of the case with the image of the four characters used and is just delightful. And while you obviously can’t flip the artwork like a regular release you do get artwork on the other side that features more of the characters in a great two-panel spread.

Menu:
The menu design for this release sticks to the standard static image design and it comes across very well here. The bulk of the screen is given over to the visual itself where it uses the same artwork as the cover spread across it. It’s so vivid and full of color and detail that it’s almost hypnotic with what it does here. The logo is kept nicely to the top without being too large while the navigation near the bottom sticks to the angular gemstone design nicely with quick and easy episode selection by number and title and submenus for languages on both and all the extras on the second disc. It’s a breeze to navigate both as the main menu and as the pop-up menu during regular playback.

Extras:
The extras for this release are pretty basic but welcome with the clean versions of the opening and closing sequences.

Content: (please note that content portions of a review may contain spoilers)
Based on the manga Houseki no Kuni that began in 2012 and is published in North America by Kodansha Comics, Land of the Lustrous is a twelve episode series that aired in the fall 2017 season. Animated by studio Orange, the show is one that employed a strong CG design to it that was helped by the world design concept so that it fits very well with its motion and design. Directed by Takahiko Kyogoku, the show is one that really does something we don’t see often these days in giving us a unique and interesting world that feels like it comes out of the ‘60s or early ‘70s science fiction from Europe in a way. It has intriguing ideas and presents more of a mood and atmosphere to it than a story with a strong conclusion to it yet still works incredibly well.

Taking place in a far future where there’s nothing left resembling what humanity once was, we’re introduced to a small crescent-shaped island where a race called the Lustrous exist. Guided by a man known mostly just as Sensei, the Lustrous are creatures born of gemstones that come from a massive mountain toward one end of the island. Most just end up being unformed and shatter upon coming out but a small number of have survived, becoming the twenty-eight women that live on the island. They’ve spent hundreds of years there as they’re immortal – to a point. When they shatter they can be reconstructed by one who has taken on the role of a doctor and they can add other gems from the shore of the same time in order to help with the missing pieces. There’s a lot of intriguing ideas behind all of this and we do see that they can be shattered beyond a point to be repaired. With a kind of living creature within the gems that helps to form the larger being, it’s a fascinating life cycle that leaves you wanting to know more.

The Lustrous aren’t alone in this world, however, as there’s a race of creatures known as the Lunarians that appear in the sky that are trying to acquire the Lustrous, turning them into decorations and more that happens offscreen. The Lunarians are almost like a kind of Rorschach test when we first see them coming into existence the sky and they have a kind of fluid state to them that allows them to really make it difficult for the Lustrous to evade and defeat them. The Lustrous have a pretty good system down though after hundreds and hundreds of years of this but they don’t treat it casually either. There are some that are better fighters than others, such as Borth and Antarcticite. I really liked Antarcitite’s storyline here as she’s a kind of solitary fighter in the winter months when the rest of the Lustrous sleep for a long time in warmth and security.

The central focus of the show is on Phos, one of the youngest of the Lustrous at just over three-hundred-years. She’s one that breaks easily because of her gemstone type and that has her unable to really feel useful. She’s trying to do things like finding the outsider, Cinnabar, something better to do than just fighting, but there’s a range of attacks by the Lunarians early on that starts a fascinating process of growth that hasn’t happened to any of the other Lustrous before. Phos deals with being consumed by a giant snail with Lunarian properties and that causes her to become something more from the experience. But she loses her legs as well in a way that can’t be repaired, instead gaining a new pair through a different kind of gemstone that shouldn’t work. The same happens when at the shore she ends up being able to bond with a very heavy pool of gold. That she becomes bigger, cuts her hair shorter to fill in a few broken spots, and becomes more of a loner and more serious is intriguing with each new inclusion. The idea of how to change or expand personality based on combining/absorbing the stones isn’t deeply explored here but it offers up some fascinating potential.

In Summary:
Land of the Lustrous is the kind of series that you don’t see very often. While there is a story arc to be had here with its focus on Phos and what happens to her – and it’s vastly interesting – the show feels more like the intent was to adapt the mood and atmosphere was primary intent here. There are so many relationships to explore deeper based on how Phos interacts with them as well as wanting to know more of how the world ended up this way, what the Lunarians are, and more. But what we do get is hauntingly beautiful in a European SF kind of way that really got me hook, line, and sinker for the whole run. Sentai’s release is one that feels like a solid prestige piece in terms of presentation as it’s a fantastic package, a solid dub, and a great visual look with the encoding. While I do wish it had more on extras both local and Japanese, this is a great release that I heartily recommend.

Content Grade: A-
Audio Grade: A-
Video Grade: A
Packaging Grade: A+
Menu Grade: B
Extras Grade: B- 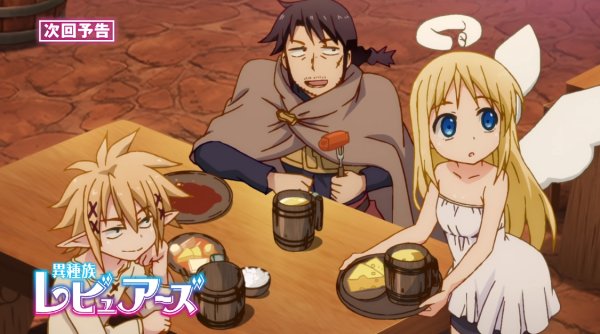