Four short stories that humanize our swimming boys even more.

What They Say:
Free! Take Your Marks the Movie was directed by Eisaku Kawanami and bridges the gap between the last tournament of the swim club’s third year and graduation into college in season three.

Splash into the fun-filled sequel to Free! -Eternal Summer-where your favorite swimming boys are back and warming up for their future. While Haru and Makoto prepare to move to college, Nagisa and Rei worry about the future of the swim club. Could this be the end of their beloved team or can they find new recruits? Then, hilarity ensues when the boys of Samezuka hit up the hot springs!

The Review:
Audio:
The audio presentation for this release brings us the original Japanese language track and English language dub in 5.1, both of which are encoded using the Dolby TrueHD codec. The film is one that uses the sound design well when it can, which is mostly with the swimming sequences themselves. These have a good design about them as there’s a fuller feeling where needed and the impact of the water feels like it’s stronger and more engaging. The flow of it is solid and makes for something that definitely enhances the show. The bulk of the show is still mostly dialogue and that means fairly standard scenes there. That’s not a bad thing as it handles it well and competently with a clean sense of placement and depth where needed while generally working an engaging forward soundstage. Dialogue is crisp and clean throughout and we didn’t have any problems with dropouts or distortions during regular playback.

Video:
Originally in theaters in 2017, the transfer for this film is presented in its original aspect ratio of 1.78:1 in 1080p using the AVC codec. Clocking in at just under two hours with what’s basically four episodes of material, there’s plenty of space to work with here and the project makes out very well for it. Animated by Kyoto Animation, the series is one that’s simply beautiful to watch play out with its colors, vibrancy, and the general pop of everything that it wants to do. Taken to the theatrical side, it’s almost basically the same because of how good the series looked but it’s able to spread out things a bit more which gives it a greater fluidity throughout. The end result is a fantastic looking show that this transfer captures beautifully. There’s a lot of detail to be had throughout both in character and backgrounds and all of it comes across wonderfully clean and problem free. Having enjoyed the look of this show in the simulcast, this just takes it to another level.

Packaging:
The packaging for this release is pretty solid as we get a standard-sized Blu-ray case with an o-card around it that replicates the cover but with a bit better color definition. It’s the familiar key visual for the project that showcases everyone in the pool with a bit of water in it and while it’s busy it definitely looks good. The back cover for both of them is the same with some nice swimming elements with the dolphins here as we get a good summary of the premise as well as some slightly larger images from the film itself. The technical grid covers all the details along the bottom and there are a few mentions around the set regarding it being a prequel film. There’s a nice two-panel spread on the reverse side with the cast in full there as they hang around in street clothes alongside the pool. The bonus pack-in for this one is pretty nice as we get four nice cardstock cards that showcase the boys in various states of cosplay for Halloween or other events.

Menu:
The menu design for this release goes with a static menu design that reworks the visual from the case artwork with the core four along the left while some of the supporting characters are along the right, all tied together into one cohesive piece. The various shades of blue really look great here with how it comes across and the logo working that with some white edging definitely connects it all. The navigation strip along the bottom is cute as we get it done in a wave fashion that lets us see some of the artwork behind it. The selections are in white and easy to navigate as there’s little here beyond the film and some trailers for other projects.

Content: (please note that content portions of a review may contain spoilers)
Having seen the first two seasons of the series and the High Speed film that gives us a look at their middle school years, I was definitely looking forward to the Take Your Marks project. It’s a four-part piece that clocks in at just under two hours and gives us four short stories in standard episode length plus a little more. It serves as something of a gap=-filler in a way, coming after the compilation films and showing some of what happened after the events of the Eternal Summer period and where the characters ended up. It is very low stakes in terms of story but it’s strong in character in just giving us a chance to exist with them and what they’re like, the small moments in life that really make clear who they are.

The four episodes will definitely vary depending on your interest in who all is involved in them. I had a lot of fun with the opening tale as we get Haruka heading to Tokyo to look for an apartment ahead of going to college and seeing him and Kisumi reconnect while doing that, with Makoto there for the ride, was a lot of fun. Especially after watching High Speed just before this and really reconnecting with Kisumi. There’s a little too much ease in which Haruka and Makoto end up in the water inspiring another kid that again reminds us of High Speed but there’s a kind of hidden cyclical nature to how various athletes inspire others and how that all comes around.

Another fun one involves Nitori coming up with a great way to give Rin and Sosuke a graduation present by taking them to a hot spring trip that Momotaro wins. The four of them get to have a lot of fun with that just in enjoying the hot spring but also the competitive aspect of being there when they run across the Sofukan swim team. It circles around to a capybara toy that made me grin but it was just enjoyable to see both Rin and Sousuke going through this next round of change while Rin is visiting from Australia and as Sousuke gets ready for the next phase of his life. Rin always felt a bit more worldly since he left years prior and that confidence is an enjoyable aspect of the character – especially when balanced against some of the other characters.

The last two stories didn’t get me quite as strong as it’s a bit bigger in terms of the cast involved and what it’s trying to do. The third focuses on a recruitment video getting made for the first and a surprise party for the second. The first part is fun enough since it involves Gou and seeing her involved with everyone always brings smiles, especially as they put their investigative hats on to look into the previous club. The last one focuses on the party for Rin which is fun because of him and Haruka together and some of their low-key competitive nature just in regards to driving. But it also tackles a misunderstanding bit with Gou potentially dating a friend that feels a little too possessive in a light way that I dislike, especially for someone who is rarely in Japan and involved in her life.

In Summary:
The Take Your Marks installment of the Free! franchise is one that delivers in small ways but it delivers it very well. I like getting these little vignettes into the lives of several of the character and things going on between the bigger sequences. There’s no real drama here or anything of note going on. But it is very fun to watch how Haruka decides on an apartment for himself – especially after just watching High Speed with him in middle school – or seeing Gou and the others investigating the previous club and its members. Rin makes out with some good material overall and his time with Haruka is probably among my favorite of the little moments to enjoy. It’s a very welcome addition to the big picture material and really does humanize them more in an enjoyable way. 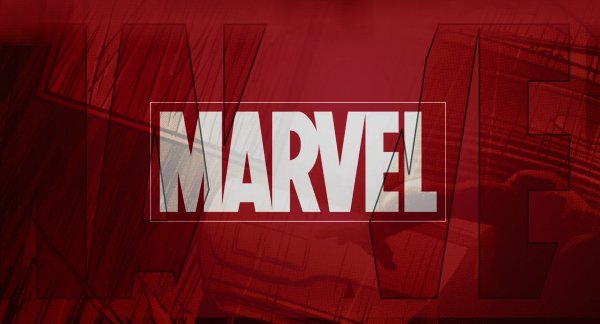