Antonius Axia and the deadly Achillia reach the end of their search.

What They Say:
At last, the mystery of the lost eagles revealed!

Deep within the heart of Egypt, there is unrest…and Antonius and Achillia have stumbled right into the middle of it! On the hunt for the Roman Empire’s missing banners at the behest of Emperor Nero, history’s first detective and his fearsome gladiatrix companion find themselves on the brink of many revelations: Who is responsible for the plagues threatening their Roman brethren? And who is this new revolutionary calling himself Pharaoh?

Content (please note that content portions may contain spoilers):
After their long and arduous trek to Egypt Antonius Axia and Achillia have tracked down the Lost Eagles. A trio of golden eagle standards that they Roman army hold as sacred totems of their divine right and were lost at the battle of Tottenham. While accessing the holy ground in which the Eagles rested, Antonious and Achillia are set upon by a horde of locusts and break out in a series of boils and welts from the attack.

The deception of Ignatius to steal the Eagles was intended to weaken Emperor Nero and force Rome to fall. Antonius having the powers of the Vestal Virgins was able to unwind the conspiracy and force a confrontation that leads the Eagles back to their home in Italy. Axia is forced to use the thrall the statues have over ordinary soldiers, and it gives them enough time to defeat the rugged legionnaires.

With the defeat of the crooked general Verres and the return of the Lost Eagles to Emperor Nero we are primed and ready for the next iteration of Britannia.

In Summary:
Lost Eagles of Rome was the first experience I had with Antonious Axia and the Britannia storylines. I was intrigued by the idea of a Sherlock Holmes style legionnaire and floored by the deadly gladiatrix Achillia. The couple played well off of each other, and the budding romance from the last few pages of this issue should blossom in issues to come. Britannia is just good storytelling, you guys. You have an intriguing lead, staunch warrior woman second, and the lustful Emperor Nero at the center of each plot. 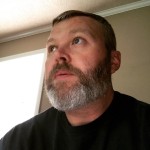