More a character drama than a straight-up slasher, The Slayer also predates some of the killer movie trends to come later in the 1980s.

What They Say:
IS IT A NIGHTMARE? OR IS IT… THE SLAYER?

One of the most sought-after titles for slasher fans everywhere, The Slayer finally rises from the ashes of obscurity in a brand new 4K transfer courtesy of Arrow Video.

Two young couples set off to a secluded island for what promises to be a restful retreat. But the peace is short-lived: as a storm batters the island, troubled artist Kay begins to sense that a malevolent presence is here with them, stalking them at every turn. Is she losing her mind, or are her childhood nightmares of a demonic assailant coming to terrifying life?

Previously only available on home video in truncated or full-screen versions, The Slayer whose nightmares-seeping-into-reality theme predates a certain Wes Craven classic by several years comes lovingly restored from the original negative in a stunning transfer that will be a revelation to fans both old and new.

The Review
Audio:
Like many of these older movies released by Arrow, the sound’s presented in its original uncompressed mono format. All in all, it’s very solid with no noticeable issues.

Video:
The night scenes don’t quite have the same sharpness and clarity as the day scenes, but the issue is far from a dealbreaker.

Menu:
Various scenes from the movie are looped over clean and well-defined menu options. Nothing flashy, but perfectly functional.

Packaging:
This being a screener, the packaging wasn’t available for review.

Content:
If not for a handful of impressive “kills” and an ambiguous ending that makes you question everything that’s come before, The Slayer would be more akin to a TV movie drama than anything, and that’s part of its charm.

The focal point of the story is Kay. She’s plagued by nightmares of an unseen force stalking and killing her, and these dreams are affecting her waking life. She’s growing distant from her husband, David. Her brother, Eric, and his wife, Brooke, think she’s crazy and in need of psychiatric help. Her painting career is starting to tank, as she’s channeling her dreams into her art, and critics look down upon her new style. To make matters worse, David and Eric think the best thing for everyone involved is to get away to a vacation home on a remote island that used to be a resort town. The pilot who takes them to the island warns them of potential danger on the island, but the only person who takes the warnings seriously is Kay.

The movie proceeds from here to become less of the slasher film the title and advertising make it out to be and more of a character drama about a woman’s bout with mental illness and the way her family and friends misunderstand the situation. The isolation only strengthens Kay’s paranoia, emphasized by long periods of her wandering around the island and exploring the abandoned building of the former resort town. Kay gets some measure of sympathy from Brooke, who thinks Kay needs counseling, but she has little sway in affecting how David and Eric react. It isn’t explicitly commented upon, but there’s something there about how men dismiss the concerns of women– the root of “hysterics” and the like– and how that chauvinistic attitude worsens these sorts of situation. Not only did David and Eric not care about Kay and Brooke’s lack of desire to go on such a vacation, their concerns about the situation on the island are summarily ignored.

Once the actual “slaying” starts to take place, starting with Kay’s husband David, Kay’s psychosis only worsens. This is where the movie’s famed ambiguity also really kicks in, since the characters and the audience are unsure of the actual nature of these killings. The most obvious possibility that most of the characters initially believe is that their pilot stayed behind, and his warnings were warnings of his own penchant for murder. At the same time, Kay starts to believe that the monster who stalks her in her dreams has emerged from her mind and wants to kill her loved ones, causing Kay to believe she’s at fault. Those two theories are explicitly discussed amongst the characters, but a third one emerges as well: that Kay is the killer, and she’s effectively sleepwalking and taking out her frustrations subconsciously. All of the murders take place while she’s asleep, and given the deliberate obfuscation of the real outcome, this is just as likely as any other possibility.

The small cast and relatively slow start-up make for a low number of “kills,” but they make up for their lack of numbers by all being pretty inventive and well-executed. My favorite is Eric’s death, as he’s attacked by a fishing line by an unseen assailant, slashed up by a fish hook, and then dragged out to sea as if being fished by something lurking in the ocean. Not only is it an karmically appropriate death, as he was the biggest fishing buff in the group, the surreal nature of his death– being reverse fished– adds to the dream-like feeling of the goings-on. Sure, it’s entirely possible his killer was simply standing in the surf, and we simply didn’t see them because of how dark it was, but the sheer absurdity of being dragged out to sea on a fishing line is far too symbolic to only be taken at face value.

The finale, as Kay struggles to survive with all of her friends gone, predicts a lot of the mechanics of the Nightmare on Elm Street series. The Slayer was released two years prior to Freddy’s debut, so the motions of struggling to stay awake out of fear of summoning the killer are pretty novel. Couple that with the actual ending, which calls into question everything that’s happened up to this point, and with a couple of changes this could easily fit right into Freddy’s oeuvre. Watching the various interviews that accompany the disc shows that the production crew are quite aware of this, and they seem pretty proud to have beaten Nightmare to the punch on this sort of idea. It’s a shame the movie received a botched release in 1982. Between the production company going bankrupt and prints omitting large chunks of the film, few people got to see the movie in its entirety at the time. It likely wouldn’t have clicked with audiences due to its more dramatic nature, but it deserves to be talked about for predicting some trends and for having some genuinely cool death scenes.

In Summary:
The Slayer deserves a lot of credit for tackling a lot of different angles within the confines of what appears to be another me-too slasher from the early 80s. It may be a little slow or too drama-oriented for some tastes, but it’s a unique entry in the genre and worth checking out. 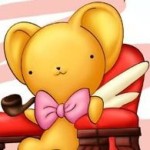