Handa’s life has an interesting future, but just how was his high school experience?

What They Say:
Everybody loves Sei Handa, the handsome calligrapher who can do no wrong. The only person who doesn’t know of his popularity is…Handa himself! Wallowing in his insecurities, he assumes people talk about him because they hate his guts. A childhood friend, Kawafuji, could tell him the truth, but it’s way more fun to just sit back and laugh as Handa makes the worst out of every situation.

The Review:
Audio:
The audio presentation for this release is a bit of a surprise as we get the original Japanese language track in stereo and a 5.1 English mix, both of which are encoded with the lossless Dolby TrueHD codec. The series is one that works the 5.1 mix well enough to be sure as there are a few big moments along the way but it’s also not a series you’d associate with getting a 5.1 bump since they’re not as automatic as they used to be in being produced. Both tracks work the mixes that they have pretty well as there’s a lot of fun dialogue along the way and a good range of characters across the screen of different ages at times so that it has the right kind of flow and feeling about it. While in some ways this won’t be an audio presentation that blows your mind, what we do get here is pretty strong and has some creative elements to it at times to nudge it up a bit more. But, in the end, it achieves the right goal of giving us a clean and clear problem free encoding that services the material very well.

Video:
Originally airing in 2016, the transfer for this TV series is presented in its original aspect ratio of 1.78:1 in 1080p using the AVC codec. The twelve episodes for this season are spread across two discs with nine on the first and three on the second. Animated by diomedea, the show has a pretty solid visual design to it that works the high school setting well and manages the calligraphy elements just fine. The naturalistic setting that much of it takes place in has a good feel from the palette used where it’s not the hazy dreamlike aspect of some of the other series but more of a standard school setting. It’s a relaxed show in many ways but when it’s punctuated by the bigger sequences you realize just how much life there is to it. The transfer for this series is definitely very appealing and fans of the show that only saw it streaming will likely see new details and nuance here with many aspects of it.

Packaging:
The packaging for this release brings us a slightly thicker than normal Blu-ray case that has an o-card with it that replicates the case artwork. The material for this one isn’t the usual slick and glossy type but has more of a proper parchment paper feeling to it that works really with. The front cover for the o-card has Handa in his usual normal looking form while the case itself has the same image but with his white-eyed darkened version, which is a nice use of the o-card approach. The back cover has the watercolor parchment style for the background and brings in another sunset visual of some of the characters that’s appealing while the right has a strip of shots from the show that highlights the more humorous side of it. The summary of the premise is simple but effective in conveying the basics and we get a clean breakdown of the extras included. The technical grid has a good feeling about it with the black and blue with the parchment design and everything is very easy to read and the breakdown is accurate and problem free. No show related inserts are included but the reverse side can be swapped around to good effect. The right panel has the image of Kawafuji with Handa while the left panel has more character artwork and a breakdown of episodes by number and title.

Menu:
Unsurprisingly, the menu design works off of what the packaging is like and even thankfully avoids the whole clip montage standard that Funimation uses. The use of the artwork from the back cover with it focusing on the two with a larger logo above them may be a little overpowering, but combined with the watercolor elements for the background and a strip of it along the bottom where the navigation is means that it’s well boxed in but bringing out a very soft and engaging color palette to set the mood. The navigation itself works well enough and is generally easy to read, though depending on distance and size of screen it could be a bit more problematic since it uses a font that may not be as easy on the eyes for some. The strip works well as the pop-up menu and everything flows and works without problem.

Extras:
The extras for this release are familiar but welcome as they provide the aspects of a release that a range of fans enjoy. For the dub fans we get an audio commentary track to dig into the series from the production team. For the Japanese fans we get the clean versions of the opening and closing sequences, which are definitely a treat to take in without all the additional stuff.

Content: (please note that content portions of a review may contain spoilers)
With the popularity of Satsuki Yoshino’s series Barakamon that began in 2009, a spinoff series landed in 2013 from her with Handa-kun. This shifted the focus on the main character to his high school days and that ran for seven volumes before finishing up in the summer of 2016. Which is when this anime series kicked off a month later, running for twelve episodes and using a different studio and creative team than the Barakamon anime. Which works fine as this is a different kind of work from what Barakamon wants to be, where it focused on the struggle of a character trying to figure out his place in everything, his calligraphy, and his father. With Handa-kun, the focus on his high school days and those that became his friends means it’s more of a standard kind of school comedy, which is something that works well enough here but still feels just a little inside baseball-ish to me.

The nature of this show is definitely standard fare – once you get past the opening segment of the first episode. In this, we get something very self-referential as it’s the Handa Force cast of characters, Handa’s ostensible friends, going on about the realization that an anime has been made about him. They’re all vying for the position as the biggest fan of his in different ways and the discovery that they missed the first episode has them creating their own – one that has numerous problems to say the least. It’s very much an inside kind of joke thing for Barakamon fans and it works pretty well if you’re coming from there, but I imagine it’s just a weird fourth wall breaking piece if you’re new to the property in general. Thankfully, once we get past this silliness the show drops us into a familiar storyline where we follow the life of high school student Handa, six years before the events of Barakamon, where he’s just trying to get by.

The central gimmick is that Handa is just trying to get through his day and not get caught up in things while also in a lot of ways simply trying to not have to make decisions. The problem is that he’s considered very popular in school with people that want to be his friends and some that want to date him. But he’s just socially inept and can’t process a lot of normal cues, such as the girl who gives him a love letter that he thinks is a challenge to a fight – something he had hoped to leave to his middle school days. But he’s just so inept at things as we see from the start as he tosses the letter out in full public view without reading it and then misunderstands the situation when the girl and her friend trying to fix things – which just leads him to further believing it’s going to be a fight behind the gym as the sun goes down. It’s easy to understand why he misses the reality of the matter and does his best to avoid it, making it even worse in a way.

Handa’s life goes in some problematic ways because of things like this, such as almost becoming the class chairperson or caught up in other silly events along the way. He’s not a two-faced character but he hides his true self and feelings from people because of the way he simply wants to keep a low profile. But everyone that enters his orbit and stays there with the primary cast of friends ends up just drawing more attention to him. His awkwardness has its cute moments, especially his obvious connection with calligraphy, but you end up feeling bad for him more than anything else because everyone just keeps putting him into positions where he’s clearly uncomfortable but unable to get out of without offending someone or just being completely misunderstood. Watching him navigate these social elements certainly has its fun pieces, I won’t deny that, but I kind of just felt bad for him more than anything else.

In Summary:
While I had really gotten into Barakamon with the way it had delved into his issues with the path that he’s on, this series really is just a familiar entry in a school comedy vein. It has a little extra meaning for Barakamon fans and I do think it’s pretty easily accessible once past that opening bit that breaks the fourth wall in a weird way, but it’s also something that doesn’t break any new ground. It’s a nice diversion and a fun fleshing out of the character but a lot of the appeal I had with Barakamon was that it wasn’t dealing with a young in-school character but rather someone grappling with adult issues. Reverting back to this age isn’t a bad thing but it lacks the impact that the other did, though thankfully it doesn’t reduce the effectiveness of Barakamon. Funimation did a solid job with the release and I know fans enjoyed it for the diversion that it is and there’s plenty to like with having it on your shelf next to Barakamon.

Content Grade: B+
Audio Grade: B+
Video Grade: A-
Packaging Grade: B+
Menu Grade: B-
Extras Grade: B 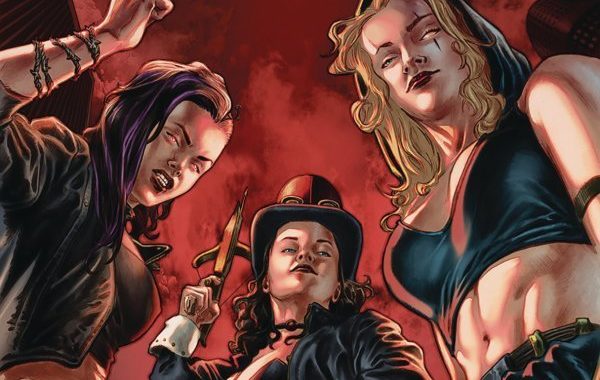 Van Helsing vs. The League of Monsters #3 Review 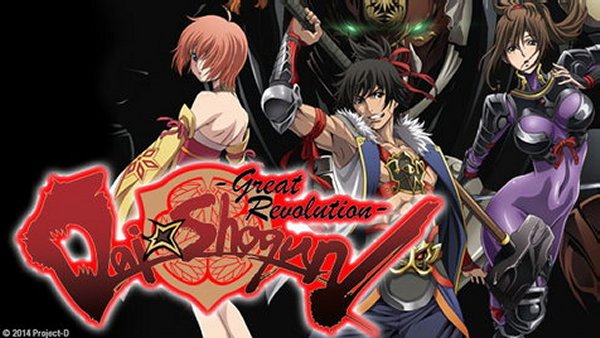 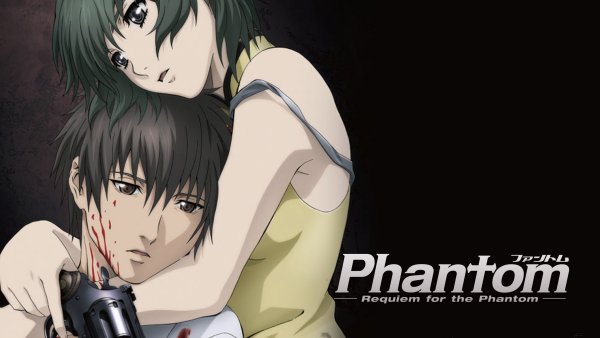