What They Say
Dr. Susumu Tsukumo isn’t your typical mad scientist. First, he’s only 14 years old, and second, he’s firmly convinced that the moon landings never happened. He intends to fix that, however, just as soon as he can find some human guinea pigs to test out his highly-unorthodox, but environmentally-friendly, methods for getting people into space without using fossil fuels.

He has one problem: where do you find someone who’s crazy enough to let a kid launch them into orbit? Enter Michael Hanagata, manager of MIX JUICE, a struggling girl band that’s so desperate for a break that they’ll do just about anything to be seen. Do they really mean… anything? Get ready to blast off with former child-star Sakura, tough-as-nails rocker Yuri, construction worker Himawari, and folk singer Ayame as they attempt to go from the Earth to the Moon with a little Wandaba Style!

The Review!
Audio:
The audio for this is actually pretty good. No clue why. It’s an older anime, but both the English Dolby Digital 5.1 and Japanese Dolby Digital 2.0 have clear dialogue, crisp music, and no overpowering sound effects. It’s well balanced.

Video:
The DVD quality isn’t that amazing. 480I never is breathtaking, but I think this being an older anime from 2002 also doesn’t help. Because it’s older and the quality back then simply wasn’t as good now, some of the lines aren’t as crisp and the colors don’t blend as well. It’s not bad, all things considered, but it’s not great.

Packaging:
The front cover features the main cast of the series, the four girls in the idol group, the young scientist boy, and his cute female satellite. They’re standing in front of a rocket ship, though it’s actually one of the environmentally friendly ships made by the scientist boy. At the very top is the title. Meanwhile, the back features a starry backdrop. The four idol girls are on one side with the tagline above them. It has some interesting designs from a graphic standpoint. The screenshots aren’t all in one place, and the blurb is tilted at an angle to line up with the tagline.

Menu:
Each disc features one of the leads and gives you the option to watch the episodes of that selected disc along with changing the settings. There are also some extras that you can select.

Extras:
The special features are episode commentaries, Wandaba Factoids, Production sketches, Outtakes, Wandaba Style Evening, and the cleaning opening and closing theme songs. I’m actually surprised by how much they offer. The commentaries were particularly fun to watch, as were the factoids.

Content: (Please note that this portion of the review may contain spoilers):
I feel like anime from the early 2000s were all really zany. Filled with off the wall comedy, fanservice that hadn’t reached the ridiculous levels of OMG but was still odd and sometimes out of place, and a story that makes very little sense, these anime were basically forerunners that felt like they had little to no reason in their directing and creation outside of directors asking themselves, “can we do this?” That’s exactly what you can say about Wandaba Style, an anime about a group of four idols who want to make it big, and are willing to do big things to make that happen—including heading into outer space on an environmentally friendly rocket.

The entire story is basically these four idols being hired by the 14-year-old genius scientist; Tsukumo Susumu, has hired Himawari, Yuri, Ayame, and Sakura—the idol girls from the group Mix JUICE—to test out his inventions. His goal is to reach the moon using environmentally friendly methods… and that’s basically it. Every episode is filled with a strange blend of these girls being stuck in zany situations that you would never expect to find in real life as they are launched into space. Of course, each launching inevitably fails, which leads to hilarity for us and depression for them.

I think someone forgot to tell these girls that their job is to sing, not launch themselves into space.

Since each episode almost always deals with a weird invention that doesn’t use fossil fuel to launch the girls into space, it has a non-linear feel, though the story itself is linear. It doesn’t really feel like anything happens. However, given that this is a comedy, we can give the anime some leeway in this regard.

Every invention used is odd. One of the very first inventions was a rocket that used carbonation to propel it into space. The girls were loaded into a blimp shaped like a rocket. The space around them was then filled with pickled plums and candy-style ramune, and then they were launched into space. Of course, the glass ended up shattering, the group had to strip and cover the hole with their clothes, and then they ended up sucking in helium so their voices got squeaky and they couldn’t sing, but that’s all par for the course with this anime.

Like most older anime, this series spends more time focusing on what is happening in the now and less time on things like character backstories. Because it has such a heavy focus on the plot, a lot of the story moves at a very quick pace. The characters go from one crazy moment to the next with very little time to rest in between. Since this deals with the idol business, there’s also the skeezy manager who tries to force the girls into situations that only benefit him. It was actually his idea to launch the girls into space in the first place. Apparently, he wants them to sing on the moon because he thinks doing so will make him big bucks.

In Summary:
I think what saves this show isn’t just the comedy, but the fact that there’s a clear resolution. Even though a lot of the show doesn’t seem to go anywhere, a lot of problems are resolved in between all the comedy. This anime also as a solid conclusion, which is hard to come by in this day and age of anime being adapted from sources that are hundreds of chapters long but only get 12 episodes. While I wouldn’t say Wandaba Style is for everyone, I do believe that comedy fans will love it.

Content Grade: B
Audio Grade: B
Video Grade: B
Packaging Grade: B
Menu Grade: B
Extras Grade: A 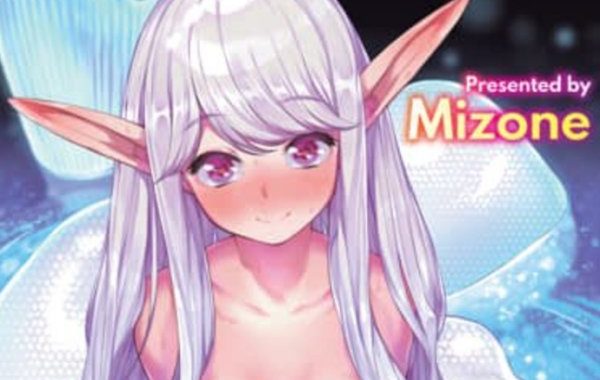