What They Say:
“Chapter 70 Small Palm / Chapter 71 In the Sun”
Mr. Kokubu continues to remedy the class bullying problem. As the situation seems to be winding down, Hinata finally get a letter from Chiho.

Ready for another excellent episode of March comes in like a Lion? Because even if you are, this one will hit you right in the heart. I am not kidding when I say I even had to take a break from writing this because I was too emotional and it’s such a nice, gentle episode too. Also, the cookies made me want some chocolate (I have no cookies at home). Alright, allow me to explain.

Small Palm, the first half of the episode, is all about the resolution to Hina’s bullying problems. It’s not final, don’t get me wrong, that would be a complete fantasy, but at least it’s a pretty good beginning. After the head teacher Kokubu’s intervention, Akagi and all of her bully gang are forced to apologize in front of the entire class. As much as the other girls do seem ashamed, Akagi is just doing it to get it over with and it’s obvious. Thankfully that’s not how it ends. Kokubu starts having daily counseling sessions with both Akagi and Hina, separately of course.

The most interesting one’s are Takagi’s. She honestly can’t see anything wrong with what she did which is what Kokubu wants from her, to be aware of just how much damage she’s caused. Instead, she proceeds to complain about how hard she has it, how society is unfair and she has no hope for the future. It’s pretty standard teenage angst with a healthy dose of immaturity. To summarize: poor me, the world is unfair and no one understands me. If you’ve heard it once, you’ve heard it enough and you can tell Kokubu has heard it a million times already.

He’s not letting her off the hook that easy and he tells her upfront, even without invalidating her feelings, that it has absolutely nothing to do with Hina and it’s no reason to attack someone the way she did. When she tries to snap back at him by saying he won’t understand her either, he just tells her to explain herself then. I absolutely love how the series does not necessarily invalidate that Takagi might have issues of her own but it never goes down the path of “poor bully, she’s suffering just as much as her victim”. In truth, Akagi mostly strikes me as a selfish little girl throwing tantrums when things don’t go her way.

In any case, the teacher’s proactive approach to this particular situation, seems to work. It gives the rest of the students assurance that he’s not just going through the motions, especially when they see he arranges a similar kind of counseling session for each one of the bullies and has an honest talk with the rest of the class to see what exactly are their feelings about it. It’s almost like he’s defusing the problem and as the students no longer feel threatened by the possibility of being the next target, the whole atmosphere starts to change. One thing I loved about all this is how Hina asks Kokubu if it’s okay for her not to forgive them given everything they’ve put her trough and given that Chiho even had to transfer schools. Its’ such an honest moment and so very real, because even if most of this type of stories urge you to forgive, we are human. It’s not that easy to flip a switch and turn the other cheek, is it? Is it possible to forgive someone like this? Absolutely. Is it advisable? For your own peace of mind, probably, but it should never be a requirement. You need to do whatever you need to heal, however long it takes.

The segment ends on a hopeful note with someone who has certainly taken her time and it’s just now starting to heal. In other words, Hina finally gets a letter form Chiho. It seems she’s doing much better, receiving her education and therapy at a rural center and she’s about prepared to meet Hina again. Even if it’s a written letter, you can still feel her uncertainty, her caution when she asks Hina to come visit her during next summer vacation. She can’t possibly know the wonderful effect this letter has in the life of her friend at this very moment.

However, it’s the final segment, In the Sun, that ran away with my heart. Rei comes by to visit the sisters and bring them a huge bag of mandarins Shimada gave him but finds only Hina, soundly asleep at that. Visually, it’s a beautiful scene, in pastel colors, kind of like an illustration from a children’s book and I couldn’t help thinking of Sleeping Beauty. At first, Rei isn’t sure if he should enter or not, so he decides to sit on the threshold and wait for her to wake up. There is something about Hina though, that makes him look at her. She’s sleeping so peacefully, the atmosphere around her feels lighter, almost as if she’s glowing, and as he muses on how he could stare at her forever, he drifts off to sleep too. If by this moment you haven’t considered the possibility that Rei might be in love with Hina (and who would blame him), then the next segment will at least make you consider it.

As they are walking alongside the river, Hina fills him in on everything that’s happened. You can tell how fragile her hope is, how unsure she is of actually believing it could all be over but it still fills her with happiness and a light that is hard to ignore. As she eagerly tells him of the girls who invited her to bake cookies, a simple thing that means the world to her, Rei suddenly apologizes. This is Rei falling back into his old habits, trying to carry the weight of the world on his shoulders and feeling like a loser when he inevitably fails. It even surprised me to see how he completely fails to see how much he’s done for Hina and how big of a difference it made. She calls him out on it, looking at him as though he must be crazy and leading him by the hand, almost like dancing along the river while she recounts all the little ways in which he’s helped her keep strong. It’s such a beautiful, dream-like scene, I couldn’t help but get teary-eyed. At least this time, it’s for all the right reasons.

It seems we’ve reached the end of this particular arc, though we’ll probably keep seeing some characters in the future. It’s not like people disappear once a certain situation is resolved and March has never cheapened out like that. The entire arc was a blessing, painful at times but absolutely wonderful and inspiring without ever becoming a fantasy. I love how much they developed Hina as a character and such a wonderful character she is. Even Akari got a little development in the process. The series has grown to be almost perfect in every aspect, emotionally, narrative, visually; and I would recommend it to anyone. It can be a little tough to watch at the beginning since it’s been told from the perspective of a seriously depressed person and if you’ve ever been in that situation it will get to you, but hang on, it gets so much better. Earlier on, I chose it as one of my favorites from 2017, but I’m thinking it’s probably one of my favorites of all times. 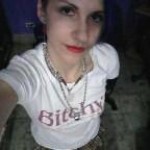