The partnership between Crunchyroll and Funimation has been fun to watch and one of the shows that was just announced with its home video plans is Keijo!!!!!!. The twelve episode series is getting a February 6th, 2108 release as a limited edition and regular edition set priced at $84.98 and $64.98 respectively. The bilingual release has a new clip out that will remind you why you’ll either love the heck out of this series or find yourself repulsed by it.

The LE edition comes with a heavy chipboard box, a calendar, a 20-page artbook as pack-in goods while on-disc extras include the six OVAs, promos, episode commentary, and the clean versions of the opening and closing sequences.

Animated by Xebec, the series was directed by Hideya Takahashi based on the series composition from Takao Kato. Keiya Nakano handled the character designs for it.

The work comes from creator Daichi Sorayomi which began back in 2013 and has eighteen volumes out with its conclusion in April 2017. The work is Sorayomi’s second after the three-volume series Momi-Baraishi ran in Club Sunday between 2011 and 2012.

Plot concept: Kaminashi Nozomi (17) is an exceptional gymnast. So much so that colleges with some of the best gymnastic programs are trying to recruit her. Unfortunately for them, she has other plans. Due to her family being extremely poor, money is everything to her. That’s why she wants to step into the world of “Keijo.” “Keijo” is a type of gambling sport where girls stand on a small floating platform and compete against one another. The aim is to push the other contestant off of the platform into the water, but they are only allowed to use their butt or breasts to push the others off. Will Nozomi be able to compete in the intense world of “Keijo” and bring wealth and fortune for her family? 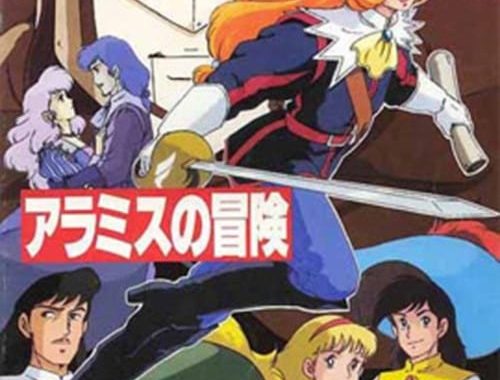