Rin’s on a short leash and it doesn’t take long for him to cause trouble.

What They Say:
Born the spawn of Satan, Rin Okumura decides to hide his origins, and become an exorcist. He enrolls at the Exorcism Cram School, a training institute for exorcists located on the True Cross Academy grounds. But, his cover is blown during an attack by Amaimon, the King of Earth, and he is revealed to be the son of Satan. Terrified of Satan’s blue flames, his friends start to distance themselves from Rin… It is then that someone steals the Left Eye of the Impure King, sealed away in the deepest part of the academy, and Rin and the others find themselves embroiled in an unexpected crisis…

The Review:
Audio:
The audio presentation for this release comes with the original Japanese language track in stereo as well as the new English language dub that gets the 5.1 bump, both of which are presented in the uncompressed PCM format in at 2.3mbps each. The two mixes are very strong overall with what they do here as they work the forward soundstage as there’s a lot of clarity, placement and appropriate areas of depth when they come along. The show sounded decent on the DVD incarnation, but here everything feels warmer and richer and just generally stronger, though not overdone where it’s brash or obnoxious. The series works the forward soundstage well when it comes to using the dialogue among the characters but it shines more with the action sequences and all the sounds associated with it. The music is decent throughout but it’s the opening and closing sequences where it feels the riches and warmest. Dialogue is clean and clear through and we didn’t have any problems with dropouts or distortions during regular playback.

Video:
Originally airing in 2017, the transfer for this TV series is presented in its original aspect ratio of 1.78:1 in 1080p using the AVC codec. The six episodes for this release are spread evenly across two discs and pretty much sits at the top end of the bit rate around 39mbps. Animated by A-1 Pictures, Blue Exorcist is simply gorgeous. The visual presentation here has rich colors and the fluid animation is just a delight to watch. Detail is strong and clean and we didn’t have any issues with noise or other encoding defects or any issues with the source material across the thirteen episodes here. This is just gorgeous and feels very in line with the previous series while still coming across as feeling fresh and new at the same time, which isn’t always easy to do.

Packaging:
The packaging for this release comes in a soft slipcover that holds the clear Blu-ray case inside along with the extras. The slipcover artwork is quite nice with some very detailed pieces that has Rin and Yukio together looking series on one side while the other has the background element wrapping around there and keeping it simple with the maroon color and the logo in gold. It’s the kind of piece that goes for something serious and elegant and largely captures it, albeit with a soft case. The case itself uses different artwork that brings up another character grouping with Rin’s friends on the front while the reverse side had some of the new Kyoto characters together. The front works a nice shade of purple while the reverse side goes for a deep green. Both of them use the same back cover approach with the color wrapping around and the series logo there. The set does come with some pack-in material that includes a small selection of gorgeous art postcards of the character artwork as well as a fairly thick overall booklet that’s in color and shows off a lot of the character design work.

Menu:
The menu design for the release is fairly traditional in a way as it provides for a simple but easy to use menu strip along the bottom that covers the basics that you need. The bulk of the menu though is just clips from the episodes themselves, which flashes the logo early on and then runs through a series of character pop-ups that look good and action backgrounds along the way. It has a good flow and everything is easy to navigate overall and works well. I do like that when I select the Japanese language, it automatically tags the proper subtitles for it. It’s a fairly flashy menu that stands out well in the sea of static simple flat color image menus that we’ve been getting from lots of publishers later..

Extras:
The extras for this release are pretty good in that we get the clean opening and closing sequences as well as the clean version of the first episode ending. Adding in a couple of promos is nice but I also really liked that they included the character promos for it as well as those are definitely fun.

Content: (please note that content portions of a review may contain spoilers)
After the first series landed back in 2011 and ran for twenty-five episodes, Blue Exorcist fans lucked out the following year with a theatrical feature film as well. In the time since things went quiet as the manga from Kazue Kato progressed somewhat slowly as it’s only at nineteen volumes so far since beginning in 2009. But out of the blue we ended up with a new series that was going to adapt the Kyoto Arc of the manga at the start of 2017 and that ran for twelve episodes, the first half of which makes up this set. I hadn’t revisited blue Exorcist since the first series got the Blu-ray treatment back in 2013 and wasn’t able to before checking this out but thankfully a lot of it comes back in the first few minutes. It’s likely not all that accessible to new viewers, though it should be serviceable, but the simple truth is that you’ll get more out of it if you’ve seen the previous material.

With Rin having been forced into the agreement that Mephisto brokered about achieving certain ranking and testing within the next six months less he be targeted as a demon by the exorcists, he’s really struggling. A lot of his time is spent with Shura as she’s trying to get him to control his abilities a great deal and he’s just not achieving much success, which isn’t a surprise as you get the sense that it requires someone else to teach him how to do it other than an exorcist because of where his powers come from. We do see some small signs of progress that’s helpful but a lot of what’s going on is his temper just isn’t in the right place with how he’s so easily frustrated. Pretty much everyone wants him to succeed in this since he’s bonded with the core cast but there’s an undercurrent of fear of him being targeted. Shura’s seemingly blase about it, even though we know better, but Yuko has become very grim at this point in time.

Where things go south quickly in this story is when a mysterious person or demon shows up in the Deep Keep and apparently makes off with the Left Eye of the Impure King. It’s a chaotic sequence because of the miasma that the creature lets loose that causes problems but also the uncertainty as to whether human or demon. It’s amusing watching it unfold as everyone is in hazmat suits while Rin can just be himself thanks to his heritage but it’s also a good reminder of his otherness and somewhat lack of awareness. While nothing is resolved here in a way, the discovery that one of those that has served this area in protecting it for years has been taken over by a demon and is intent on getting the Left Eye as well sets everything in motion. Naturally, Rin’s intent on staying involved in all of this and against the better judgment of others he ends up on the trip to Kyoto in order to provide more bodies there to defend it.

The fun in this is that we do get the other ExWires involved in all of this, though they’re not given the same kind of treatment as we saw before. Some are fun as we see that Bon has a connection to where they’re staying, and we get a good exploration of the Myodha sect that has been charged with its protection. This introduces a good range of characters and a rather deep history that plays out well as it progresses, notably with Tastuma as it cycles back to Yukio and Rin’s guardian with Shiro through an encounter he had with them years and years ago. It’s fun to see him in his more brash day and how he handled himself but I was surprised at how well it made Tatsuma an interesting character because we had enough of him in the present. Seeing what formed him in the way that he is now and why he has a connection to Rin definitely helped to smooth things all while feeling natural.

With this just being the first half of the season everything we get here is setup. It’s good setup, done right, with engaging characters and an expansion that doesn’t feel like a retread of what we had before. And that helps a lot. The animation team did a great job in bringing this to life once again as I loved the character designs and the fluidity of it all while also really enjoying the demonic side with all that it presents with the flames and just the intensity of it. The smaller moments also are well served here with some of the ExWire kids getting some decent time. Bon’s return home alone was worth it with the way he (and his hair!) is handled. But I also felt a little frustrated with the way that Yukio is handling things here with regards to Rin, even if it feels in character, but I wanted something more from all of it – while reminding myself that this series ignores the last eight or so episodes of the previous series.

In Summary:
Blue Exorcist is a show that I definitely enjoyed in its original run and feature and am definitely glad to have more – and to see the home video release hit so quickly. This release delivers with a really great looking presentation that’s sharp and colorful in all the right ways and is free of problems in the encoding and Aniplex USA has a pretty good package to wrap it all up in as it has some good style designs to it. The first half of this season shows a lot of potential but I can already feel like it’s going to feel like it’s all far too short from what it could be since the season is just twelve episodes overall. This set has left me wanting more.

Content Grade: B+
Audio Grade: A
Video Grade: A
Packaging Grade: A
Menu Grade: B
Extras Grade: B 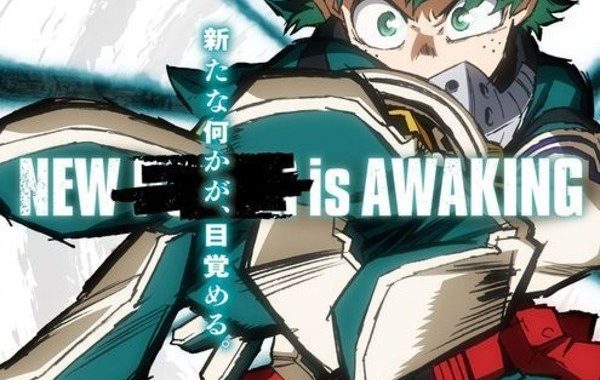