Two creators, one project, no sense.

What They Say:
From Shirow Masamune, the creator of Ghost in the Shell, comes a lighthearted story of two cyborg girls who fight to save their home. Nene Nanakorobi is your typical girl next door except for that fact that she’s a rare type of full-body cyborg. She’s thrilled to finally meet another cyborg named Clarion and hopes they’ll be best friends. This is the beginning of their adventures together.

The Review:
Audio:
The audio presentation for this release brings us the original Japanese language track in stereo while the English language dub gets a 5.1 bump, both of which are done up in the Dolby TrueHD lossless codec. The series is one that’s pretty much all over the map with how it operates and the mix for it tries to deal with that as best as it can with plenty of placement across the forward soundstage and movement across it that works well when it’s made important enough. The show works a wide range of action effects to deal with the chaos on screen and that makes for an engaging mix overall. The 5.1 bump gives it all a bit more impact while also adding a bit more warmth overall to the opening and closing sequences. It’s a solid mix overall that handles what the show is throwing around on a regular basis.

Video:
Originally airing in 2016, the transfer for this TV series is presented in its original aspect ratio of 1.78:1 in 1080p using the AVC codec. The twelve episodes are spread across two discs with nine on the first and three on the second, giving it plenty of room to work with. Animated by Studio Gokumi and AXsiZ, the show has a decent look about it with bright colors and a lot of detail to all the scenes as there’s always something going on with the various levels of digital interaction. But at the same time the show has a kind of superficial feeling about it because of the lighter details to character designs and flatter hair colors, which is all intentional. The encoding captures the look of the show well with some very solid colors throughout and high motion animation sequences that are very fluid and problem free with no breakup within it. Fans of the show will definitely be delighted with this high definition presentation that shows off the source materials so well.

Packaging:
The packaging for this release comes in a slightly thicker than normal Blu-ray case that holds the four discs from the two formats against both the interior walls and a hinge and also includes an o-card. The o-card replicates the cover artwork from the case itself with a bit more brightness to it as we get the two leads pressed close in the illustration with lots of digital effects whirling around them. The reds and whites look nice and combined with the designs definitely has an appealing look. The back cover minimizes the red and goes with more white so we have an easy to summary of the premise here as well as a few cute if small shots from the show. The episode count and extras are clearly listed while the bottom has a good look at the technical grid that breaks down both formats accurately in an easy to understand way. No show related inserts are included with this release but the reverse side has a breakdown of episodes by number and title on the left while the right has some cute character artwork.

Menu:
The menu design for this release goes with the simple static menu approach with a lot of grays set to it that works out well. Both discs use the same character artwork of the two leads with Nene and Clarine along the left with an illustration design that has some nice detail to it while the right puts the logo center top along it and against a pale gray background. The navigation strip along the bottom goes for a darker gray and works the usual selections spread across it in a clean and easy to use way that works well for both the main menu and the pop-up menu. It’s all straightforward and functional with a nice piece of artwork attached to it but will otherwise be largely unmemorable.

Content: (please note that content portions of a review may contain spoilers)
Based on the manga Kōkaku no Pandora, Pandora in the Crimson Shell: Ghost Urn is a twelve episode anime series that aired in the winter 2016 season. The original manga began back in 2012 and comes from some big names with story by Masamune Shirow of Ghost in the Shell fame and Koshi Rikudo of Excel Saga fame. The combination of those two very different talents does have some areas where it would blend well but it’s the kind of pairing that at first seems surreal. The manga has been running for a few years and has ten volumes out as of this writing so it’s not a flash in the pan quick hit little thing turned into a moneymaking anime venture or anything. Which makes the show and the work itself all the more surprising because it is, quite simply, bad.

Honestly, this is the kind of show where I really just want have that Picard “what the hell is this” meme as the review or saying “bad show is bad” and leave it at that.

The series takes place in a more advanced world where we’re introduced to Nenen, a full-body cyborg that’s come to Cenacle Island, a manmade island where it kind of seems like it’s an anything goes kind of city. Her introduction to the place comes on board the cruise ship taking her there when she meets Uzal, the woman behind the island and lots of high technology. She’s kind of surprised by Nene as there aren’t a lot of full-body cyborgs around and takes an interest in her. What we get from Nene is that she’s definitely advanced but also pretty much a child in most other ways, such as when she sees Uzal’s robot maid Clarion. Clarion’s got some big advancements herself but Nene just sees a cute maid girl with cat ears and is totally all over her being silly. This delights Uzal and she essentially pairs the two of them together against Clarion’s will since Uzal controls the programming.

Clarion’s unique in that she has something called the Pandora Device within her and Uzal gives Nene the ability to command it, which means she can use her for all sorts of fun things. The problem is that in order to get that access is the way it happens and it naturally has to happen several times over the course of the series. Clarion lifts up her skirt to reveal the tiniest of panties (on a cyborg) and just above that an opening appears where Nene is able to put her fingers in that serves as an activation identifier. It just made me roll my eyes so hard that it hurt. The show engages in this kind of fanservice several times and has a few other areas where it tries to do similar that it just made it clear that this isn’t a good product. It’s almost something that feels like it comes out of someone with some real arrested development.

What the show did from there is to simply bore the hell out of me. With Uzal disappearing from most of the rest of the show and a serious plot that perks up in the last few episodes that didn’t register because everything before it was awful, there’s not much to like here. A lot of it focuses on the kind of inane situations where things get out of control, such as Nene getting into school or a medical checkup episode that leads to uninteresting subplots, but none of it really clicks because the characters are barely one-dimensional. Clarion is simply put upon by everything that Nene does and Clarion makes it clear she wants none of this. Nene is a big ball of curiosity and overacting heightened by anime stylings that it becomes incredibly grating as she’s seemingly trying to use Clarion’s abilities for world peace without any sort of clear idea how. Of course, Clarion’s abilities are a bit of anything goes in a way, but all it does is to serve the viewer more crotch-like fingering scenes.

If that works for you, you’ll love this show.

In Summary:
I’m a big fan of both creators involved in the original manga and I can only assume that like most anime series it adapts things pretty closely. Which means it’s a good thing I’ve never touched the manga because there’s nothing to like here. Well, okay, the animation is decent and there are some fun and creative scenes with it. But it’s just so overbearing and always-on in a way that doesn’t do it any favors that each episode was like slicing off huge chunks of potential interest in the show. It’s all sound and fury with nothing of meaning and even less of interest in terms of story and character. The set pieces may be fun but with little in the way of in series logic and characters that have no personality to them, this was a rough one to work through. 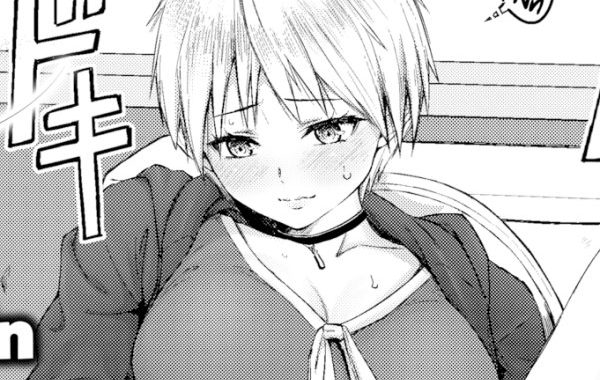