Who would think that the school administration would lie?

What They Say:
In Girls und Panzer der Film, when the Ministry of Education goes back on its promise to keep Ooarai Girls Academy open, the task of saving the five-mile-long Academy Ship from the wreckers falls to Miho and her barely-seasoned tankery team. However, things go off track almost immediately.

While the Oorai tank crew may have won the high school tournament, they’re now facing a larger and more experienced university team, and if they fail, their armored vehicles will be forfeit! Will they be swapping their tanks for the memories? It’s possible, but winning a tank battle is all about tactics and teamwork, and the fledgling Ooarai students have more friends and allies than anyone suspects. Get ready for another high-caliber round of the only sport where “having a blast” doesn’t necessarily mean you’re having a great time, as the Ooarai team puts everything on the line!

The Review:
Audio:
The audio presentation for this release is quite good as we get the original Japanese language track and the new English language dub in 5.1, both of which are encoded using the DTS-HD MA lossless codec. The property is one that has a lot going on with a wide range of characters, many on screen at the same time, talking to and at each other and in a number of different situations that adds to the overall presentation. The dialogue is well placed throughout and some depth definitely works really well with it. When it comes to the tanks and the action, it definitely hits some very good moments throughout as it has some good impact and a heightened audio level that brings a lot of it home in a great way. Some of the scenes where the tanks fire are just strong and definitely stand out, sometimes in comparison to other tank sequences, where it can startle and remind you of what you’re dealing with. Dialogue itself is clean and clear throughout and we didn’t have any problems with dropouts or distortions during regular playback.

Video:
Originally released in 2015, the transfer for this theatrical film is presented in its original aspect ratio of 1.78:1 in 1080p using the AVC codec. Animated by Actas, the project has a bright, vibrant and appealing look to it both in the regular animation and the minimal 3DCG modeling of the tanks that’s used here There’s a lot of detail to both sides of it and a good bit of variety across the screen with the characters involved and the combination of the two comes across very well here. It’s certainly very similar to the previous TV and OVA material but takes advantage of a bigger canvas this time around with wider shots and a lot more detail to it. Colors are bright and full with good saturation while being free of blocking or other significant noise issues. There’s a lot to like with the encoding here as it gives us a great looking film with a lot of pop.

Packaging:
The packaging for this release is kept simple and similar to the TV series as we get a standard sized Blu-ray case, just with an extra strip along the top to denote that it has both the DVD and Blu-ray. The front cover for this uses one of the familiar promotional images with two of the girls astride on the battlefield that gives it a serious look. It’s not my favorite key visual but it works well enough here with its tone and detail. The back cover uses the pinks and greens in blocks to break things up well and we get some fun bits with several good sized shots from the film to cement it all. The premise is fairly easy to read with black on green and it covers things well. The extras are clearly listed and we get a clean breakdown of the episode count. Production credits are clearly broken out and easy to read while the technical grid covers the setup of the discs in a solid way that’s accurate. No show related inserts are included nor is there a reversible cover.

Menu:
The menu design for this release at least avoids just replicating the cover art, though it works with some of the themes in a natural and good way. The left third is given over to the actual navigation strip, which doubles as the pop-up menu as well, where we get the basic navigation and language access where it uses the green, pink and white from the logo in an effective way. The rest of the screen is given over to the sprawling class picture of sorts with a whole lot of characters that reminds you how populated this project is. It’s very clean and a bit bright but captures the look well and allows the characters to stand out. Submenus load quickly and easily and the layout is definitely serviceable and sets the mood decently.

Extras:
The extras are straightforward with this release as we get the clean opening and closing sequences, which look great. We also get a four-minute piece that explains the premise behind the world and property that’s done in cute form and serves as a nice primer if you haven’t seen any of this franchise before..

Content: (please note that content portions of a review may contain spoilers)
Coming about three years after the TV series first aired and a bit after the OVA as well, Girls und Panzer dropped its first theatrical film in November 2015. And apparently there are quite a few more in the works for the years to come. Having seen the OVA earlier this year, which was a few years after last watching the TV series, it was definitely interesting trying to get back into this property with the gap. With the film being made up of many of those behind the prior projects, the continuity is definitely there and the simple truth is that it’s best if you essentially marathon everything there is and roll right into the movie in order to really get the most out of it.

The structure of the film is familiar enough and it works as we get the Oarai girls putting on a fun exhibition match after their victory in the sensha-do tournament. They’ve worked hard to progress as much as they have and achieve what they won, which makes returning to their school afterward all the more heartbreaking. Though they had what they thought was the promise of the school remaining open if they won the tournament, it wasn’t quite as iron-clad as believed and the place is now closed right here and now. And the kids are being moved to smaller satellite schools starting the next day with the whole thing being broken up pretty quickly. It’s disheartening to see it play out like this as it pulls all the right heartstrings with the simple rural style schools they’re put in and the way everyone is kind of depressed and uncertain about everything but not ready to rock the boat.

It’s no surprise that the gang starts putting things together to figure out how to put everything back right, which is possible since they had some help in securing their tanks so they wouldn’t be taken apart or sold off. The gang ends up coming together for a new match that has them going up against a university level team. That gives them the motivation they need to prove that they have what it takes and the film shifts into what feels like is pretty much an hour long series of tank battles. Which, frankly, is what you want out of a big screen project like this. Not a lot of character material or time spent agonizing over relationships or even spending time with the cast going back to families for extended montages. The cast is so sprawling with this franchise that it would be insane to try and do that and the characters are already superficial enough because of that so that you really just want to engage in the fun of cute girls on tanks battling it out.

And the film does deliver on that with a very sprawling battle that goes on across several areas, including an abandoned amusement park that’s just ideal for tanks of these sizes to battle through. There are creative enough fights early enough in things but the amusement park battle just takes it to a whole other level. Yeah, it’s hard to believe that some of these structures that they play on would handle the weight of a tank, even these mini tanks, but the visuals definitely make it a blast to watch. This is mostly when you get to the whole roller coaster aspect of it with what it’s doing but there are plenty of other areas where the tanks suddenly seem even smaller than they usually are and fit into places that should not be quite that wide. And that people don’t give them anywhere near a wide enough berth, such as during the opening exhibition. Yet, with all of those little problems, it’s just a blast to watch such sequences play out with the high quality of animation and the strategies put into place in order for the tank groups to try and win.

In Summary:
The Girls und Panzer der Film project is one that capitalizes on all that has come before and really will work the best if you marathon everything. It’s been several years since I saw the TV series and watching the OVA a few months ago was a struggle just to try and reconnect with it all. But even without that it’s just a visual treat to really enjoy and engage with. It’s a visual stunner across the board with the action, tank details, and the fluidity of it all and Sentai’s release brings it to life really well. Combine that with a sprawling cast of characters and a wide range of voice actors involved and it’s just a whole lot of fun.

Content Grade: B+
Audio Grade: A
Video Grade: A
Packaging Grade: B+
Menu Grade: B
Extras Grade: B- 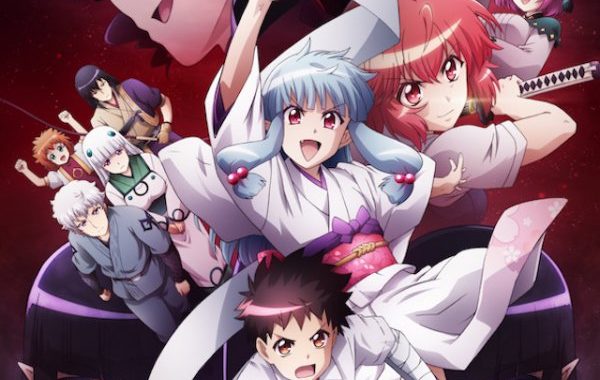