Fantasy with flavors of science and a decent mix of fanservice.

What They Say:
From the charred pieces of the corrupt Arcadia Empire, a new kingdom arose. To protect itself from future foes, the Kingdom of Atismata established the Royal Knight Academy to train warriors in the art of fighting with Drag-Rides, ancient mechanical dragons.

The Academy has a catch though: it’s strictly a no-male school, and when the former prince of the ruined Empire, Lux, stumbles into the baths, he lands himself in a compromising situation with Lisesharte, the new kingdom’s princess. Understandably upset, and challenges him to a Drag-Ride duel, launching their lives into an explosive chain reaction that will expose the dark secrets of both royal families. Whether Lux is fighting off monsters, corruption, or his female classmates, things are sure to take flight into the unpredictable skies.

The Review:
Audio:
The audio presentation for this release brings us the original Japanese language track only which is in stereo and encoded using the DTS-HD MA lossless codec. The series is one that works a good blend of dialogue and action pieces with what it does as both get some solid attention. The action side tends to be more focused on the Drag-Ride battles that we get and that’s well served with some decent impact along the way and placement depending on how the battle unfolds and the layout of the animation. It’s not over the top crazy but it’s a good dependable mix. The dialogue side works the same kind of approach where there are some better moments, mostly when in their mecha, but also some fun stuff when playing with the growing cast and their interactions with each other. There’s not a lot in the way of depth with the dialogue but the end results are solid enough.

Video:
Originally released in 2016, the transfer for this TV series is presented in its original aspect ratio of 1.78:1 in 1080p using the AVC codec. The twelve episodes are spread across two discs with with nine on the first and three on the second. Animated by Lerche, the show has a very good look about it with its character designs and mecha designs and the encoding captures it very well with solid details in the line work. It’s also a show that makes out very well for the color design that’s used with it as there is some really nice variety to it where it pops without being too vibrant or oversaturated. The show revels in its colorfulness without being garish, which isn’t always easy. The end result is an encoding here that’s very clean and problem free that stands out and looks great throughout the entire run.

Packaging:
The packaging for this release works a standard sized Blu-ray case that holds the two discs against the interior walls. Separating itself from the look of the Japanese releases, we get the front cover done up with Lisha in her skin tight outfit looking serious with a smile while inside her Drag-Ride. The shades of red used here are pretty good all around and it stands out with some of the breakouts of the top stripe with the episode and disc count and the log along the bottom to make it feel more layered. The back cover breaks into a trio of sections with some nice artwork of Lux along the left and the premise covered well along the right, which also lists out the extras. The bottom section has some good if small shots from the show as well as the usual round of production credits and a clean technical grid that’s both easy to read and accurate. No show related inserts are included nor is there a reversible cover.

Menu:
The menu design for this release is fairly straightforward as we get the even split that has two of the lead female characters taking up some nice real estate side by side with a split through the middle. The artwork is colorful and bold, properly vibrant without being too overdone, and setting the tone for the look of the show. The navigation strip along the bottom is kept simple, especially on the first disc where it’s just the episodes, as it sets it with it all in larger font sizes with the episodes by number and title. Navigation is a breeze throughout and it works well as both the pop-up menu and the main menu.

Extras:
The only extras with this release are the clean versions of the opening and closing sequences.

Content: (please note that content portions of a review may contain spoilers)
Based on the light novel series that kicked off in 2013 and has eight volumes and is ongoing at this writing, Undefeated Bahamut Chronicle comes from writer Senri Akatsuki and illustrator Ayamu Kasuga. The show was broadcast in the winter 2016 season with studio Lerche handling the animation, which works well for me as I like a lot of their shows in terms of design. The series here is one that under director Masaomi Ando is well put together as it hits the beats that it’s expected to and does it with some nice style and occasionally a bit of panache. The problem that I run into is that what we get here hits too many of the usual beats and not enough to stand on its own, instead coming across with more padding than it feels like it should have.

The premise is familiar enough as we get introduced to what the Arcadia Empire has become five years after a revolution. It was during this event where we saw things go really dangerously with the number of Drag-Ride mecha suits that warriors had as the revolution was being crushed by the empire. What changed the tide of things and largely ended the war was the arrival of a mysterious “Black Hero” Drag-Ride that cut down a massive amount of them and basically put everything to rest, allowing for the coup to be finalized and new leadership take over. It’s not covered in a ton of detail but the idea is made clear in regards to a mysterious person of immense power out there that may impact things in the present day storyline. Sadly, such things are far too easily telegraphed, which takes some of the surprise out of things, but it does mostly work when you get down to it.

With the way the country is now operating under new leadership, we learned that those that operate Drag-Rides are largely women because their greater compatibility with them. The academy where they train now has something unusual in it with the arrival of Lux Arcadia, the seventh crown prince of the former empire. He’s a Drag-Ride operator himself but has the amusing nickname of “The Weakest Undefeated Drag-Knight” because of the way he ends up always winning even though he comes across as a weak opponent. It’s a bit of a forced gag when you get down to it but it’s something that gives him an in here in a place where so many people really don’t want him there. Sadly, it’s just the usual “we don’t want a guy here” routine more than anything else, which is easily reinforced when his first time at the academy has him walking in on Lisha, the princess of the new kingdom that’s a top notch Drag-Knight herself.

As you can expect, the show introduces us to a number of other young women of the same age and varying attributes who are all interested in Lux to varying degrees. Lux comes across as a nice guy in general and certainly competent with what he can accomplish in a Drag-Ride, especially as the true level of his power is revealed, but even with his history as a prince of the former empire it’s hard to see the real draw. But that’s part and parcel with most shows these days in that we get bland nice guys with nothing much to define them. That said, the women aren’t much better as we mostly get the familiar types, the overactive one, the busty one, the cunning one, all of which have different levels of interest in Lux while making it clear that it’s mostly focusing on pairing him up with Lisha along the way, whether it makes sense of not. Not that it does or doesn’t, simply because there’s not enough to rally behind with either of them to really feel like they’re fleshed out characters.

The series does have a larger plot that it starts to work in here but the villains are never compelling nor is there a sense that they’re part of anything grander overall, which in turn makes them largely forgettable. There’s the usual fun of this group of characters around Lux coming together and the dynamic at work with the mild fanservice, which is well animated, and the humor as well. The battles themselves are a very good draw here, however, even if you don’t feel connected to them within the story. With some interesting settings for them to take place in with the Ruins that start factoring into the story a bit and the creativity of the Drag-Ride designs, these areas are a delight to watch even if superficial. There’s some strong technical expertise in producing these sequences and in high definition on a big screen they’re very easy to be caught up in and enjoy.

In Summary:
Undefeated Bahamut Chronicle didn’t raise too much attention during its broadcast run but I was certainly curious about it. I really liked the character designs and the mecha pieces as it works this kind of fantasy/feudal world with the science fiction mecha elements to it. The characters are appealing throughout in their design and movement, as well as the color work, but they along with the story just doesn’t feel well enough designed or with a strong enough narrative to carry it forward. A lot of it is easily telegraphed to figure out and that reduces any of the surprise impact, leaving you with a show that spoon feeds you everything more than anything else. It’s definitely fun at times and a joy to look at with what Lerche does here and with Sentai’s encoding. Fans of the show will be pleased by the treatment, though probably not surprised that it didn’t warrant a dub, which in some ways says enough right there. 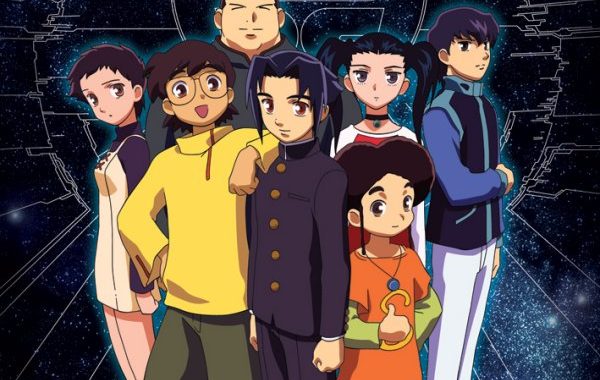