What They Say:
Even though there are still only five students who attend the remote Asahigaoka Branch School, each one of the girls already has a lifetime of wonderful experiences in the carefree Japanese countryside. Some memories may belong to just one person, like Hotaru’s recollections of her first day in Asahigaoka before she’d had a chance to meet her new friends. Other memories bring an otherwise sleepy town to life for Komari, Natsumi, Renge, or even Suguru.

From daily life in school, to unforgettable holiday festivities, or even simple adventures like learning how to make okonomiyaki, new adventures are just waiting to be shared as we return to Asahigaoka in NON NON BIYORI REPEAT!

The Review:
Audio:
Coupled with a plethora of relaxing nature soundscapes highlighting the Asahigaoka countryside, the soundtrack paints a picture of a whimsical paradise, lush and green. Presented with only a Japanese dub in Dolby 2.0 mix, this lack of selection may be of disappointment to potential buyers, especially given the price of this collection. The acting is also quite good, with each character’s personality being illustrated effectively by their voices and vocal patterns. The two best performances were that of Kotori Koiwai as Renge and Rie Murakawa as Hotaru; perhaps the two most different characters in the show. Renge has delightful intelligence about her (especially for a 1st grader) that’s supplanted by the gullibility you would expect from someone her age, which Koiwai performs excellently.

Video:
Presented in 480i, the colors and art are vibrant and lively, a vital aspect given the lack of inherent action in this series. Throughout Non Non Biyori Repeat, still(ish) images are presented with some soft music, particularly in episode 1, in which the girls sing their school’s song during a montage of the countryside around their community. The animation is strong where needed, though the art is of much more consequence given the nature of this series.

Packaging:
A pretty lackluster packaging has been used here, with a standard DVD case housing the 3-disc collection being utilized. Lack of interior episode guide or insert and alternate art on the opposite side of the cover leave the packaging feeling very bare. The art on the packaging, however, is quite pleasant, showcasing each girl frolicking through a wooded path. You can catch a quick glimpse of each of their personalities here, with Renge and Natsumi goofing around while Hotaru and Komari stride in tow.

Menu:
Another simplistic offering here, though that isn’t necessarily a bad thing for the folks who like the straight forwardness. Each episode is listed on the menu with the option to pick the one you watch, with each subsequent episode playing after that one; a deviation from the normal menu providing the ability to view an episode list or select a “view all” option.

Extras:
The bonus features are included on an extra disc including a cast panel video, clean openings and closings, dagashi videos, episode commentaries, and a few promos and Sentai trailers.

Content: (please note that content portions of a review may contain spoilers)
For those of us out there looking for an anime that is truly relaxing and nostalgic, Non Non Biyori Repeat (and it’s first season Non Non Biyori) is the perfect show. Set in the picturesque Japanese countryside, the students of Asahigaoka Branch School (all five of them) spend their days making countless memories with each other and luckily we viewers are allowed to hop along for the ride. Growing up in a rural country town myself, I could easily relate to a lot of the shenanigans the girls get up to, and a lot of it made me miss the peaceful life an area like that provides. Spending 12 episodes with the group of kids seemed to speed by despite what the structure of the episodes and their subject matter would lead you to believe.

Speaking of structure and subject matter, one could say the “plot” of Non Non Biyori Repeat is very loose in its flow. Presented in a pseudo-linear episodic format, each episode is split into two mini-stories highlighting anywhere from the whole group of kids to just one or two engaging in a smaller adventure. As the episodes go on so does the school year, starting with Renge’s first day of school in “I Became a First Grader and ending with “A Year Has Passed”. It’s fun watching the cast’s dynamics strengthen and gel in their own ways throughout the series; whether it’s Hotaru and Komari trying to become “more adult” or Renge learning to ride her bike with supporting small business owner Kaede (“Candy Store”). The most interesting relationship dynamics to me were always that of Renge’s, considering she is the youngest but not always the least mature of childish. She flashes an intelligence beyond her years at times that is a delightful contrast to how easily convinced she is to believe ridiculous things like all her friends being yokais due to a cheap trick.

The only time their country life became a little too rural for me was when a cell phone is introduced. I’m assuming that this series takes place at about the same time it was created, so around 2009 (manga), which makes Komari’s wonder at even a basic flip phone odd. At one point in the episode she almost jacks up her ankle just to experience the wonder of sending a simple text message/email. At this point, I feel like everybody in first-world countries should be at least familiar with flip phones and their functionality. That suspension of belief can only go so far in 2009-2017, though I do love how the idea of a cellphone making Komari more of an adult completely transforms her into a child.

As a whole, Non Non Biyori Repeat is a testament to the ingenuity and imagination of children, every day is an adventure of some sort for these girls. This delightfully addicting energy shared between the group, whether it be picking bamboo shoots on a beautiful mountain side or playing sumo wrestling with rulers, is easily the highlight of the show. It’s rare to come across a show that is as positive and relaxing as Non Non Biyori Repeat without feeling an overly saccharine taint to it. I wholeheartedly recommend this show to anyone who finds themselves entranced by the charm of a Miyazaki film or the easy going lifestyle of the rural countryside. The only downside is the price for entry, at $49.98 USD for the set, one does not get many accouterments with their slice of life.

A peaceful romp through the rural Japanese countryside, Non Non Biyori Repeat is an easily bingeable delight. Beautiful art and relaxing music compliment the adventures of Renge, Natsumi, Komari, and Hotaru as they traverse a school year together. An unfortunately skeletal packaging and feature set leave a high price for entry, but for those willing to take the plunge they’ll find the 12 episodes go faster than fresh chocolate chip cookies at a family gathering. 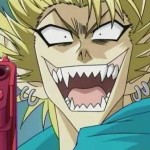