A different and delightful take on a magic kingdom.

What They Say:
When new transfer student Isuzu asks Seiya Kanie out on a date at gunpoint, he knows something odd is going on. Especially since she wants to go to Amagi Brilliant Park, where the rides are either dangerous or mind-numbingly dull and the only costumed performers who aren’t rude or apathetic are the ones who didn’t show up for work. So when Isuzu asks Seiya to take over as the park’s new manager, he knows she’s crazy (Well, crazy-er, given the gunpoint thing.). But when Seiya learns that Amagi Brilliant Park is a REAL Magic Kingdom, that the costumed performers aren’t wearing costumes, that they live off the energy created by attendees, and that unless they can attract 250,000 attendees in three months, they’ll lose their jobs and homes… he goes a little crazy himself. But, even with the aid of scantily clad fairies, giant mice and sniper-trained sheep, can anyone rescue a park that’s sunk so low that its own bus doesn’t stop there anymore? The race is on to get the turnstiles turning and save AMAGI BRILLIANT PARK!

The Review:
Audio: Both English and Japanese Dolby Digital 2.0 encoded at 48kHz at 224 Kbps. Interior and exterior scenes include a lot of sound effects, music, and many different voices, as most action is set within the space of the theme park. With an ensemble of characters in most scenes, voices are distinct and well separated, blending well with diegetic music and effects. Overlaid music is used very effectively to set the mood.

Video:
Amagi Brilliant Park is set in an amusement park, where bright, balanced colors bring focus on the characters and the rides and shows they represent. Color thoughtfully renders mood in the various themed rides and attractions in the park. The movement through interiors and exteriors felt like logical movement. Perspective is also important to establish the size of the park, the Ferris wheel, and the castle. By the end of the series, the space of Amagi Brilliant Park felt familiar to me and nearly realistic. This is the result of carefully rendered artwork that consistently establishes space and distance.

Packaging:
The three disc series comes in a standard keepcase size box with a hub on the back cover and two hubs on a hinged leaf. The discs are printed with the title logo and a large image of one of the mascot characters: Moffle on Disc 1, Macaron on Disc 2, and a winking Tiramie on Disc 3. The cover features the title text above an image of Kanie with Sento on one side and Princess Latifa on the other. The three characters seem to be in motion, with Sento and Latifa each holding Kanie by the hand. The spine has the title logo with an image of Sento at the bottom. An image of Kanie falling forward into the frame adorns the back cover, along with a small image of Moffle. Selected scenes from the series run in a banner across the top third of the back cover.

Menu:
Menus have original art on the left side of the screen and episode links on the right, stylized as a park ticket stub. Each episode is titled “Not Enough —!” with the blank filled in to tease the content of the episode. An avatar of Moffle serves as the arrow to move through the menu.

Content: (please note that content portions of a review may contain spoilers)
Arrogant high schooler Seiya Kanie experiences a series of quick surprises: first transfer student Isuzu Sento asks him out on a date at gunpoint, then she takes him to the run-down Amagi Brilliant Park. He is not at all surprised by the mascots who lack any enthusiasm whatsoever or by the neglected rides and exhibits, but he is stunned by the delicious croquettes Sento offers him as he is preparing to leave. Kanie realizes that if one extraordinary thing is being created at Amagi Brilliant Park, there is something magical still there.

He soon learns there is quite a bit of magic, as he meets the baker of those croquettes, Princess Latifa, and discovers that all of those mascots are not humans dressed in costumes but real creatures from another dimension. And in order to save them all from disappearing, Kanie must take over as manager of the park and bring in a total of 500,000 visitors by the end of July.

As Kanie transforms the park, he is transformed as well. A coming of age story is embedded in the larger story of trying to save Amagi from a brutal end. Kanie’s concerns about the park begin to shape his actions and his personality, as his focus on the success of others takes precedence over his self-involvement. Thinking about something other than himself gives Kanie space to become a more compassionate, more sympathetic person. For me, this made him more likable–a shift that was essential for cheering on the park and its odd collection of characters, many of whom have their own particular issues.

Kanie begins to inspire change as he gets to know the residents and employees of Amagi Brilliant Park. We get to know them as well, as the quirks and histories of these magical creatures comes to light. For example, the Elementario stage show, which features four showgirl-style fairies, is an unmitigated disaster. Muse, Sylphy, Kobori, and Salama represent the four elements in the Elementario show. Each has her own talents and shortcomings, but none seem to have the ability to bring the show together in a professional format that appeals to park visitors. When Princess Latifa invites them to lunch to address their group dysfunction, the fairies create an emergency situation that forces them to work together and to learn to appreciate each others’ talents. Since Amagi Brilliant Park is filled with magical creatures from another dimension, the anime is able to bring together many different stories within the confines of a theme park–a very appropriate setting. There are stories of characters coming to terms with their past, learning how to get along with others, longstanding battles between tribal groups, NEETs, and even high school romantic drama. Not only do these stories blend together well, they also invite surprising plot developments that range from humorous to heartwarming.

As a kid growing up in Florida in the 1970s, I had the occasional visit to nearby Disney World in its early years, when there was only the Magic Kingdom and we treasured our E tickets (ticket used for the most popular and newest park rides), long before all inclusive one day or three day passes. Amagi Brilliant Park strikes a chord of nostalgia for me as I remember this smaller, simpler theme park of my childhood. The Magic Kingdom was never truly as magical as Amagi–the characters were definitely people in costumes, even if we dreamed of them being the other-dimensional fairies of Amagi Brilliant Park. There is some consolation in seeing the seedier side of the anime’s mascots, some of whom are grumpy and despise the park’s customers, and others who are hentai fans that snap photos of the scantily-clad fairies who perform at the park. I am reminded of the notorious story of an actor who played Mickey Mouse at Disneyland Paris and once removed his costume head to smoke a cigarette, not quite out of sight of park visitors.

In Summary:
Amagi Brilliant Park has wide appeal because the narrative contains so many different kinds of stories that blend together seamlessly. From infighting between theme park mascots to rivalries among groups carried over from another dimension, and from NEETs to risque fairies to a frail, beautiful princess, the series has diverse and fun offerings. Character development is also strong, with an ensemble of quirky characters that are each given time for their stories and personalities to develop. All of this is embedded in a race-against-time, good versus evil format that should easily win over viewers. 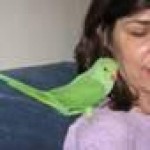