What They Say:
Ever since a cosmic phone call led to five literal young goddesses – Belldandy, Urd, Skuld, and, like occasional vowels, Peorth and Lind – coming to live in college student Keiichi’s residence, his personal life has been turned upside down, sideways, and sometimes even into strange dimensions! Peorth is called back to Heaven – which is probably just as well, considering the mischief she caused in trying to get Keiichi to express his true feelings to Bell-chan. But the gate to return her isn’t opening-because it turns out that such gates aren’t things, they’re beings that seek information . . . and this one, in the form of a cute girl, is on strike – until she gathers certain earthly knowledge involving love and kisses!

Content: (please note that content portions of a review may contain spoilers)::
I don’t know which is scarier, 100% Evil Urd or 100% Good Urd. Evil Urd is obviously frightening as she would be just as happy destroying the world as she would be kicking puppies. Then again, Good Urd is even nicer than Belldandy, and I think Good Urd’s inability to make decisions or say no to anything would become tiresome. Alright, enough with my fascination for the women of this series.

The real problem with Mara separating Urd’s two personalities is the instability of Evil Urd. Her personality was placed in a clone and that body can’t handle her power. If the two Urds don’t reunite, the Evil Urd will self destruct and probably take the planet with her. Realizing this, Mara runs to Belldandy with her tail between her legs. Even with both factions working together, can they hope to fix things, or will Good Urd make the ultimate sacrifice for the sake of everyone around her?

Moving along, it has taken 11 volumes, but Peorth fans rejoice! Keiichi must be the luckiest person in the world as he accidentally dials the Goddess Earth Assistance Hotline for a second time. Peorth fancies herself quite the masterful granter of wishes, so she comes at Keiichi full force. But when she discovers not only Belldandy, but Urd and Skuld living with her new client, Peorth may never be the same. That and she thinks it hilarious that the great Belldandy is still on Earth after all this time.

When she discovers Belldandy is stuck on Earth because of Keiichi’s wish, Peorth realizes that Keiichi’s deepest desire hasn’t been granted and that is why he was able to call her. Easily enough, Peorth will just seduce Keiichi and then return to Heaven. Well, Peorth quickly finds that nothing about Keiichi is simple and Goddess hijinks quickly ensue.

In Summary:
This volume seems to show Fujishima’s art finally reach that level that fans have come to love. While not quite as good as the more current volumes, the art is still really good and some fans prefer this era as there are more background details. I also can’t say enough good things about the Dark Horse treatment in these ‘Colors’ releases. This volume has 6 color pages that are just beautiful, especially the picture of Skuld surrounded by birds. Definitely worth the redip if you can afford it. 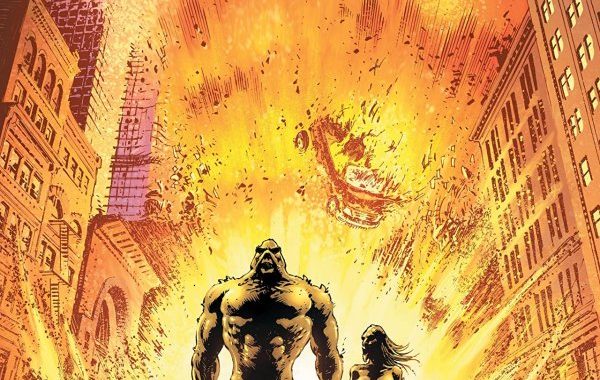