When Tomo is shrunk down to thumb size through the help of an ancestor he finds himself in a number of sexual situations with women he knows.

What They Say
Size isn’t everything. Just ask Issunbashi. After awakening from a deep sleep and a bizarre dream, Issunbashi finds himself shrunk down to just a few inches in height. Try as he might, he just can’t figure out how to get back to normal size. But it doesn’t take long for him to discover that being small has big advantages. Particularly when he can spy on naked girls without their knowledge. And when he finally meets an understanding woman, he’s able to explore the female form from entirely unique perspective.

The Review!
Audio:
The audio presentation for this release brings us the original Japanese language track and the English language dub, both of which are presented in stereo and encoded at 192kbps. The mix is basically like most other adult mixes in that it’s not really utilizing either channel much and is a decent center channel kind of mix. The music for the show is surprisingly minimal and mellow so it blends into the background well, sometimes to the point where it doesn’t even really register. It’s a decent mix overall though in that it’s problem free and we didn’t have any issues with dropouts or distortions during regular playback.

Video:
Originally released in 2007 the transfer for this OVA series is presented in its original full frame aspect ratio. The visual design of the show isn’t one that will really strike anyone as above average but it’s competent enough in that sort of mediocre way. The source materials are in decent shape and the authoring side throws plenty of bits at it to keep it clean and generally clear. There’s a few moments where it looks a bit grainy and noisy, but that’s rather minimal overall. Colors are strong and vibrant when appropriate and the backgrounds hold up well, even the green in the school hallways. Gradients are visible in some scenes, strongly at times, but they tend to avoid much in the way of breakup.

Packaging:
The cover design and the logo for the show is certainly something that’s amusing and it’s meant to elicit some laughter to draw you in. The series renaming alone does that but the visual image of Tomo hanging onto one of the girls panties, as shown by magnifying glass, definitely works. Having him speak the line “Hey size isn’t everything man!” only helps as it gets the unsure male to agree sagely which will make him more likely to pick it up. The character artwork on the cover is decent enough and fairly well represents what’s in the show so there aren’t any surprises there. Similar to show itself, it’s pretty bright and colorful which helps it stand out nicely. The back cover is pretty restrained though it marks the return of that awful black and yellow striped bar with the adult content warning. A few character shots make up the back, along with some magnifying glass moments, as well as a few small non-explicit shots from the show itself. The summary runs through the basics well enough and is otherwise rounded out with the production information and technical grid. No insert is included nor is there a reversible cover.

Menu:
The menu design for the release is spot on as it takes the image of Tomo hanging onto the professors panties and uses that as its central image. It’s zoomed in so you only see a bit of her hair which in turn leaves the focus on the panty hanging aspect. The logo to the right brings in a bit of color which is also pretty prevalent in the background of the menu. The selections are lined along the bottom and with nothing here besides the show and a few trailers, it’s pretty easy to navigate. Add in some simple bouncy music and the menu does a decent enough job of setting the stage for the show. The disc unfortunately did not read our players’ language presets and defaulted to English with sign/song subtitles.

Content: (please note that content portions of a review may contain spoilers)
When it comes to adult anime releases, comedies are just as much hit or miss as mainstream shows. But when you’re in a sea of mostly violent sexual situation shows or other dramatic type ones, any comedy can work sometimes. This one was made based on an original story submission that won contest that Vanilla ran and you can definitely see it fitting into that category. On its face, it’s just plain silly and kind of goofy. But it does at least seem to bring something new to the table since we don’t have a lot of thumb-sized porn out there.

The show revolves around college student Tomo, a young man who just has a hard time with things and isn’t doing so well with a particular paper he’s working on. His family history comes back to haunt him when an ancestor “visits” him in his head and insists that he should be doing a lot better with his life. Recounting his own heroics, wealth and time with women, it becomes clear to Tomo that he’s really not living up to the family name. But his life takes a strange twist when he suddenly finds himself shrunk down to a very small size. He can’t make heads or tails of it at first and he gets little time after that simply because a girl he knows comes into his room. She’s been attracted to him for a long time and when she realizes he’s not in the room, she uses it as an opportunity to bring herself off in his futon.

Tomo actually takes this in a strange way because he’s offended by her doing this. It takes him a bit of time to realize he can enjoy it as well and eventually he reveals himself to her. She’s shocked but she also knows he needs to get that paper done so she offers to help him write it and deliver it. That actually leads to a fun scene where he’s in her clothes while she’s walking down the hall and gets trapped inside her underwear. That just sets the stage for him to be transferred to his college professor’s possession when they think he’s just a doll. And what does a drunk college professor do with a doll? She throws it against the wall which causes him to turn big again. That’s just not possible in her mind so the best thing she can do is just to have sex with him.

Ah, amateur plots. At least with live action porn, amateur shows tend to know enough to avoid plotting things. Where the show goes in an even stranger direction is when Tomo finds himself picked up by a fellow student, an attractive young blonde American girl named Liz (pronounced Lise in the dub for some reason). She, like every other woman who knows him, has had the hots for him for quite awhile and decides that this is the right time to make a play for him. So it’s obviously not all about the size. On the downside, Tomo really hasn’t figured out how to please a woman in this form so she’s left to perform some solo play before an even stranger kidnapping subplot comes into play with an absolute idiot in a skintight suit. Everything about this just has that amateur feel but it really makes you want to see what failed to win the competition. Now that would make for a great compilation show…

The character designs for the show are average at best though you can tell they went on the minimal side of things. Vanilla has always had a couple different levels for their shows with its visual designs and this one has that corner cutting feel at times. They aren’t bad per se, but there’s little to really get excited about overall. Tomo has some fun in his thumb sized mode on occasion and they did a decent enough job in working through that but everything has a kind of basic flat feel to it. The animation is all right but nothing to write home about much but they do avoid a lot of repetition. Some of the explicit scenes feature some… unrealistic aspects to anatomy briefly, but that’s almost a given for any adult show.

In Summary:
The Erotic Adventures of Tom Thumb is a show that has a great name that almost works against it when it comes to anime fans. Kitty has a history of renaming titles (and I wish they’d provide the original somewhere in the release in translated form) but they always seem to fit well enough or at least make you laugh. This one does that, but even among those renamed titles it doesn’t seem to retain enough of a Japanese feeling to it. The show is pretty basics and it has amateur hour written all over it (up to and including the English dub performances) but there’s a certain charm to it in how it uses a story idea in a way I don’t think we’ve seen before, at least with a two episode feature. This isn’t a release I can recommend unless you can pick it up on the cheap or want to use it as a gag gift for someone. Besides, you know every woman out there will snicker over the tagline about size not mattering, and how many guys want to walk into that one any more than they have to? 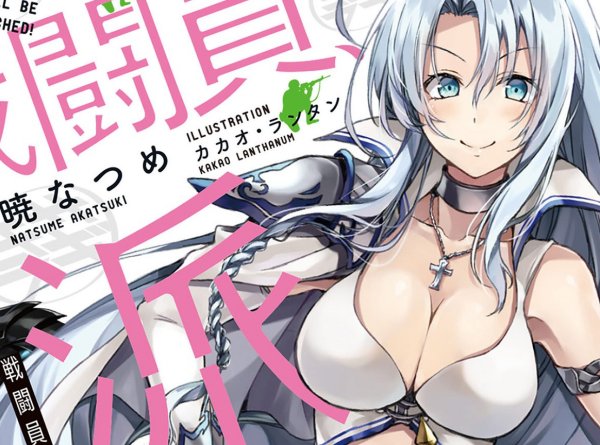 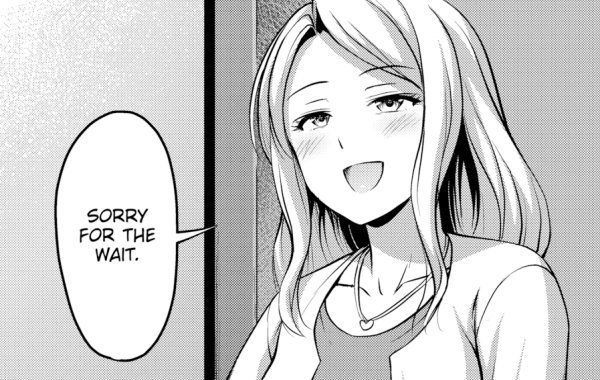