Welcome to the Fandom Post’s Anime List Project, where our community suggests and votes on a top five list about something, anything, in anime. It’s our way of highlighting what’s fun or interesting or strange—or even meaningful—about what’s airing now, or anime in general.

Following the Olympics in August, some thoughts on that large and long-running and various side of anime, the “sports anime,” is well past due. It was for years restrained to actual sport, and it still is defined that way, but it has long tried to either put a spin on things (robot! in space!) or expanded the standard definition to unexpected extremes (mahjong! with tanks!).

Below is that entire spectrum, in five handy sports, through five memorable characters: Chihayafuru is one of several series about activities or games that, while not always considered sport, are certainly as competitive and just as capable of the drama and tension and story arcs typical of the sports genre. Chihaya’s arc, from child to high-schooler through the world of competitive karuta, with all of the romance, rivalry, and dogged eccentricity of any natural or iron-willed competitor, proves the inclusive definition of “sports anime” worthwhile. In the high school girls’ sport of tankery, Mako, in a sense, occupies for her Anglerfish team the most crucial and athletic position: driver. Anemic or lazy outside her armored confines, she’s a canny and natural talent inside them, first learning the mechanics on the fly and within minutes and without complaint. She is the crew’s most indispensable—and cared for—member to the very end. Ryo, the owner of her late father’s Lightning Ball pitch, is more or less the central character of Princess Nine, in that it starts with her and her same-team rivalry with the imperious Izumi Himuro. Her journey of claiming and rehabilitating her late father’s legacy—and that somehow secret pitch—is the most central and memorable, yet just one of nine stories that tell the larger tale of a high school girls’ baseball team challenging and succeeding against a boys-only game. Out of a traditional shounen sports anime story with a likable eager young lead, and a parade of typical and highly eccentric supporting characters, the best appreciated element is Sohoku Bicycling Club president, Shingo Kinjou. Throughout the series the calm, stern, and intelligent third year ace provides the stable core to all of the melodrama, absurdity, and heroism. Because he is written above all as always caring of team more than self, his stability comes without dampening any of the fun or joy inherent in Yowamushi Pedal. Last, there is the sports anime character type that is The Natural, the chosen one who must persevere through physical pain and self doubt to be revealed as the savior of the team. (Or much, much more than that, as Akari’s case may be.) Akari’s the poster girl for the type, and her journey is typical: at first untalented and weighted by the legacy of her truly legendary mother, she grows physically and mentally through her friends and rivals to be the best—she is the main character, after all. But she’s memorable for time and place, a 90s-era anime heroine, sweet, ditsy, klutzy, pathetically insecure in her Akari’s House. Battle Athletes and BA Victory are absurd sports dramedies of a sort of Olympics in space involving, naturally, only female athletes, and Akari as the fun-loving core is in large part what makes its story entertaining to root for.

Join us next time for as enjoy something to eat… 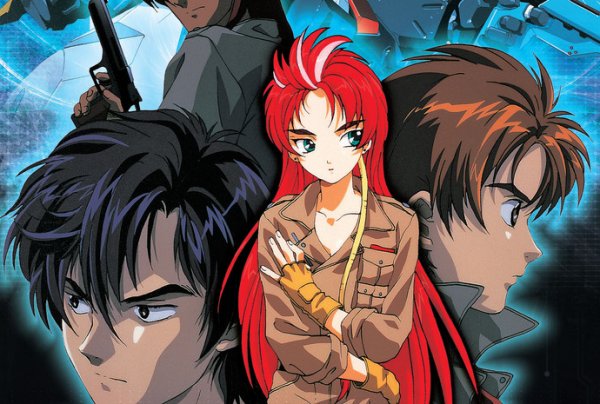