BL for a broader audience What They Say:
Although Izumi Sena comes from a family of superstars, all he wants to do is become a manga artist. After an unfortunate incident on the set of a commercial during Izumi’s childhood, he’s less than thrilled at the thought of stardom. But when the cast of said commercial is called back together 10 years later, Izumi will be forced back into the spotlight. And Izumi’s former costar, the very famous and very handsome Ryoma Ichijo, is very much looking forward to it.

The Review:
Audio:
The Japanese language audio is encoded in Dolby Digital 2.0. Sounds and voices have natural tone and separation. While mostly voice driven, the soundtrack offers clear dialog and clean special effects when played through speakers with range. When played through my monitor speakers, the separation became clouded and very active segments had some distortion. This was not a problem when played through my receiver or my TV speakers.

Video:
The video on this release is among the best I’ve seen during recent reviews. Not only does the limited animation look good from a normal viewing distance, very little noise appears when sitting close to a 24 inch monitor. Even though the limited animation may make some scenes feel stiff and unnatural, the art style often adds depth through colors and shading that give extra pop. The pallet ranges from darker primaries to light pastels, and the mixture and pacing of scene changes keeps the art fresh.

Packaging:
The two disc set comes in a standard keepcase with hubs on the inside of the front and back covers. Each disc has been printed with images of Izumi and Ryoma on a white background with bright colored bars and flourishes. The front cover has a similar image with Ryoma licking ice cream from Izumi’s face while holding him close. The spine simply carries on the cover with a simple title logo in bubblegum pink. While the back cover carries on the white background with pink fonts, eight small images from the series give a limited view of the primary characters by focusing on romantic images.The center of the cover offers a long set up of the action with an image of Izumi and a flustered Ryoma working on manga panels. The special features are clearly labeled, and the black and white technical grid can be easily referenced.

Menu:
Disc 1 offers an image of Ryoma in a tux holding Izumi in a white and mauve suit. This is the same image printed on Disc 1. Episode titles and Sentai trailers can be selected from a vertical stack where the titles appear in blue bullets with pink and white font for the titles. Disc 2’s menu offers the same artwork as printed on the disc, with both characters wearing casual clothes. Both titles offer more yellow and green than the cover or the disc art.

Extras:
Fans can watch promo spots, Japanese disc promos, character bumpers, and clean opening and closing animation. While nothing stands out as stellar, it is fun to see the advertisements for a show that airs in the wee hours of the morning!

Content: (please note that content portions of a review may contain spoilers)
Izumi could be a character in any current anime. He wants to be a manga artist. He spends most of his time alone in his room, looking like a typical unfashionable otaku. Izumi lives comfortably within the “wish fulfillment” genre. His parents and older brother are rich, famous, and beautiful. Like many shojo heroines, Izumi seems more comfortable giving himself to his hobby than living his life as a public figure or even looking for love beyond his favorite magical girl.

This series offers two stories in one. At the foundation, this story is about an otaku growing beyond his comfort zone and finding success in the real world. Secondly, this is BL and the romantic elements are not mainstream.

The plot begins like many otaku-centered series. Izumi remains mostly alone and has only tenuous relationships with others, including his family. Unlike many otaku, he does not seem to be afraid of going out in public and he maintains his independence when a love interest enters his life. What might seem improbable in a shojo series works in BL, precisely because he, Izumi, is a male who has a mind of his own and forcefully speaks to his parents and manager/caretaker.

Izumi has a history that may have made him want to stay out of the public eye. As a young child, his parents forced him to play the part of a girl in a wedding commercial. When he fails to catch the bouquet, Izumi wets himself. When not wearing his glasses, Izumi comes across as “cute” and feminine, so even as an adult, he can easily pass as a girl. This sets up the two narratives of the series. First, Izumi cannot remain hidden as an otaku once the world sees his reprisal of his childhood role. Izumi will have to learn to be cute and famous or bad things will happen. In the second part of the narrative, Izumi’s costar, the popular actor Ryoma, falls in love with first the girl Izumi has played, then as the cute boy.

Some romance comedies fail on the romance by acting as if everything has been a perfect romantic match from the beginning, leaving the comedy to a character whose own negative image and silly actions undermine his or her ability to embrace the romance. That is not a problem here. Izumi does not want to be in a relationship. His only desire is to draw manga. It would be fair to call him a late bloomer. He manages college, his club, and his home life, but he seems trapped by his dream.

Even though some heavy things have happened since his latest commercial with Ryoma, he falls back to his vision of a future drawing, even having Ryoma help him complete a contest entry as he tries to beat the deadline. Not everyone believes in Izumi’s talent, and when he gets negative feedback from an editor, he falls apart and finds himself at Ryoma’s apartment. At no point does Izumi really see Ryoma as a love interest, but he does see him as a caring friend.

Much of the story has been framed by Ryoma and his sexual and romantic interests. Ryoma only agrees to do the reunion commercial if the girl from the original reprises her part. This traps Izumi in the role of a girl, so he works undercover as the girl. Once in a wedding dress, Izumi looks like a beautiful girl and Ryoma falls for him. Upon learning that Izumi was in drag, Ryoma storms off but cannot forget the girl he has been pining after all these years. In an effort to get past this attraction, he goes to Izumi’s house and tries to see him naked. This does not turn off Ryoma, and now he must face that he has been and still is attracted to a boy.

The scene at Izumi’s house could be seen as an attempted sexual assault. From this scene onward, the tension between Ryoma and Izumi plays with both comedic tension and pathos. Ryoma tries to be friends with Izumi, and Izumi seems oblivious to Ryoma’s desires. After the violent scene, Ryoma acts genuinely kind and thoughtful toward Izumi, and when he has another chance to become physical, he holds back, not wanting to hurt Izumi. The show maintains that any physical contact between the main characters will be consensual.

Out of curiosity, I tracked down a copy of the first issue of the manga, and I will say that the anime did not go as far as the print. While rape as a trope is nothing new, it is worth noting that it is not naturalized in the show, and even when Izumi becomes completely feminine, the threat of violence does not stand in for desire. Violence becomes something to be avoided by the protagonist and something to fear when a later scene puts Izumi in a dangerous situation with some petty criminals.

The only episode that screamed BL was the OVA. The artwork of this episode will probably be appreciated by fujoshi more than others.

In Summary:
While this series will appeal mostly to a shojo and BL crowd, it does offer viewers a more realistic take on characters coming to terms with their adult selves. The ten episodes offer a tight and complete story without padding the time with fluff. Both the artwork and voice acting have expressive qualities that the series sustains. As so many anime fans are creative types who want to write or draw, this offers both an interesting art aesthetic and a tension-filled take on characters trying to suppress emotions. If you have an open mind, don’t let the genre keep you from checking this out.

Content Grade: B+
Audio Grade: B+
Video Grade: A+
Packaging Grade: A
Menu Grade: B+
Extras Grade: A- 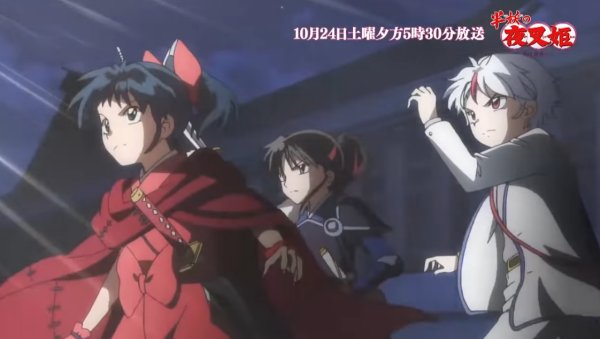