What They Say:
Natsuki Subaru, an ordinary high school student, is on his way home from the convenience store when he finds himself transported to another world. As he’s lost and confused in a new world where he doesn’t even know left from right, the only person to reach out to him was a beautiful girl with silver hair. Determined to repay her somehow for saving him from his own despair, Subaru agrees to help the girl find something she’s looking for…

The Review:
Content: (please note that content portions of a review may contain spoilers)
Just as we were promised in last week’s cliffhanger, Episode 20 was focused on the actual fight against the White Whale, and on how meaningful it was for Wilhelm van Astrea. The episode went back and forth between the main battle and the flashbacks of Wilhelm meeting Thearesia. Thearesia van Astrea was a girl who loved watching flowers, and did not have any particular interest in wielding a sword. On the other hand, Wilhelm was a boy who saw his sword as the only thing he had and the only way to protect others. The flashbacks ends with them getting separated, as seeing the Swordmaster herself disregard swords despite being so blessed irritated Wilhelm. We don’t really get to see how they fall in love after that, so the flashback is probably going to continue next episode. If it’s not, know that you can read the EX novels, a side-story by the author himself that tells the complete story of Wilhelm and Thearesia.

We finally got some clarification on the Whale’s powers as well. Subaru connects the dots and realizes that what made people disappear from existence was the strange mist the Whale emanates from its pores, which he calls “Mist of Elimination”. The Whale’s roar is also able to attack people’s minds directly by making them go mad and hurt themselves. As if all of that weren’t enough, the Whale also has “phases”, as if the series wanted to throw in some more videogame references like Dark Souls, World of Warcraft or Shadow of the Colossus. The last scene is Subaru and Rem looking up to not one, not two, but three White Whales. Needless to say, the speculation this week is on whether it’s the Whale multiplying itself or some sort of illusion. Either way, it’s hard to imagine how they will be able to defeat three of them when they could barely handle one. This desperate situation along with Wilhelm and Ricardo’s (unconfirmed) deaths seem to call for Subaru killing himself to go back. However, it’s pretty unlikely that this will happen because it would not only erase his meaningful conversation with Rem, but it would also mean having to do the negotiations and battle preparation all over again. There’s only 5 episodes left until the end of the season, and supposedly there’s still the Witch Cult to be dealt with in order to save the village and everyone in Roswaal’s mansion. The only idea that comes to mind is that Subaru will get a new checkpoint in the middle of the battle.

Can’t really finish this review without mentioning that we finally saw a glimpse of what is supposedly Satella. It’s been made clear for a while now that everytime that Subaru respawns or talks about his ability, the scent of the Witch grows stronger on him. He’s seeing more of those black hands, and now we actually get to see her lips muttering some words. The words were muted, but some viewers guessed she said “I love you” from lip reading. Will she make an appearance before the season ends?

In Summary:
‘Wilhelm van Astrea’ proves that a studio doesn’t need to have superb animation or make use of CGI to deliver a thrilling action-packed episode. White Fox keeps betting on its outstanding sound design, great direction, and a soundtrack that seems to have come out of a DC movie at times. Being this the hardest loop for Subaru so far, things are only getting more and more complicated for the final stages of Re:Zero. 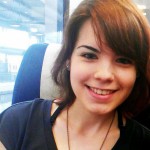 Uve is a 24-year-old fangirl with a passion for writing about the things she loves. Mainly, anime, manga, TV shows and fan studies. You can also find her on her fan-based website, The Daily Fandom.