The script gets flipped!

The Review:
Audio:
The audio presentation for this release brings us the original Japanese language track in stereo encoded at 192kbps. The series is one that works a decent bit of action throughout in each episode but it’s not one that rewrites the book in how action is done. But it’s a solid enough piece where there are some good moments of directionality with the way the characters and machines move and some of the flying and leaping elements. There isn’t a lot of bass to be had here but it does have some decent impact from time to time with the bigger sequences. The dialogue side of it is a bit simpler but it works well with what it has to deal with as there’s some placement from time to time and the louder sequences are pretty full in its overall design. Dialogue is clean and clear throughout and we didn’t have any problems with dropouts or distortions during regular playback.

Video:
Originally airing in 2015, the transfer for this TV series is presented in its original aspect ratio of 1.78:1 and is enhanced for anamorphic playback. The twelve episodes for this series are spread across two discs with seven on the first and five on the second. Animated by Tatsunoko Productions, the series has a good design about it that plays on the past but modernizes it just a bit without going too far. Certain things like the machines aren’t as cartoonish in a way but they’re still weird in this world, yet fit. The color palette for the show is a bit subdued so when there are some really vibrant moments they stand out really well. The look of the show is good overall as it has some nice little nudges and bits of style that separates a bit but that comes from reworking a classic property into this form more than doing anything truly unique. The end result is that this standard definition transfer is solid and clean but not one that you’d write home to rave about simply because the production design doesn’t generate that kind of excitement.

Packaging:
The packaging for this release comes in a standard sized clear DVD case that has an o-card that replicates the case artwork itself, albeit with more color to it because of the material. The front cover gives us our gang of five with some nice designs that will catch attention and it has the right kind of “villains” feeling about it to be appealing. The purple and blue color tone keeps it fairly subdued but it works for it and is representative of the show’s design. The back cover goes simple with just a blandish blue background where we get a large section devoted to the summary of the premise on the left and a good selection of shots from the show on the right with some nice little bits of style to it. The bottom is kept simple with a good cast image of the core trio while the technical grid is very minimal, especially after being used to the combo release grids for so long. Though there are no inserts with this release, we do get a reversible cover that has some cute classic style images of the two main Yatterman characters on the right while the left has the episode breakdown by disc, all of which is set against a white background to change things up a bit.

Menu:
The menu design for this release is simple but effective as we get the dark starry night kind of background where the right side has the logo and basic selections to play the show while the left has the character trio artwork. The simplicity of it works in its favor as the character artwork, with all its shadows, definitely looks nice and menacing in the right way while also looking interesting as you want to see how this group works and comes together. Navigation is simple and easy, though again, it’s an adjustment after watching just Blu-ray discs for so long and not having the pop-up menu option. Everything works smoothly and easily here, making it an enjoyable experience.

Content: (please note that content portions of a review may contain spoilers)
As part of the 40th anniversary of the Time Bokan franchise, which is getting a new series in the near future in Japan, Yatterman Night arrived in the winter 2015 season. Funimation simulcast it and it definitely had a small but faithful following as the show did some neat things in its first episode but failed to capitalize on them as it essentially became an old school road trip. For fans of Time Bokan, there’s a lot to like here as it gives us an interesting potential future for Yatterman while also drawing in a few other areas from time to time, including an amusing race sequence later in the season and some time with the Speed Racer vehicle. Little things like that can make it worthwhile for some but also be utterly meaningless for others.

The premise for the show is simple enough and you could pretty much watch the first two episodes and last three or four episodes and get a good story. With the seeming end of the world thanks to an attack from space, everything has seemingly ended up where Yatterman and Lady Yatterman protect the city from the ravages of the world around it. But those outside the walls are nothing more than targets and unwanteds to be kept away, which makes the city a highly desirable place to be but a seemingly impossible one. A young girl named Leopard grows up with wonderful tales about Yatterman and what he’s done to protect people but that doesn’t match the reality when after her mother gets sick she tries to go there to get help, only to be shot at and nearly killed along with the two men then are like her much older brothers and pseudo father figures that watch over her. The opening episode gives us a good look at this family dynamic, making it clear why everyone will go the distance for Leopard both before and after her mother’s death.

Her mother’s death is the incentive she needs to go after Lord and Lady Yatterman and through this she adopts the name Doronjo from the stories of the past and dons the costume from the book that her mother read her constantly. The two men take on the names Boyacky and Tonzra and end up on this road trip with her that explores what the lands outside the city are like and the struggles of the people. Along the way they make some friends, see some people die, and gain a few more companions in the form of Galina and Allouette. And let’s not forget that’s a small pig named Honorable Oda that Doronjo also has and considers her best friend. He’s able to make for some amusement along the way both with attacks and creative escapes, never mind a little pig piddling material as well.

While we get some good setup material and there are some interesting connections that come up from the character interactions as it progresses, the bulk of this show is about the road trip side of things. It’s designed to show Doronjo more of what the world is like and reinforce her position as someone wanting to do the right thing and help others. And it does that. But it’s just not terribly interesting since the Yatterman side is kept so far away from the most part and we end up dealing with a General Goro as their main opponent. The actual main villains aren’t really brought in until the last few episodes and even at that point we learn there are a dozen generals. You can imagine this working better back in the 70’s with a few dozen episodes to work with and more character variety, but it just feels tacked on here and a distraction to the other events at the time on top of the dullness of the road trip.

Where it does get interesting is in the final few episodes where the main and true villain, Dokurobey, explains why he’s doing what he’s doing. It’s here that it draws in animation from the original Time Bokan series in a fun way and works through the problems of being a bad guy back in the day and continually losing. The incredulous looks of Doronjo and the others is priceless, but it’s something that in the end works well because we see how she has to struggle with the way that the tale of childhood was one that didn’t hold up to the reality of the world. With it being something that her mother read to her constantly, there’s a bit of a challenge to face there as part of growing up and understanding the true nature of things. I like this aspect of it and I definitely liked seeing Dokurobey’s exploration of what happened long ago and why the world is as it is at this point.

In Summary:
Yatterman Night is the kind of series that has all kinds of potential and you can see a lot of it just in the first episode as it explores the setup and gets us ready to move on. The execution after that falters and if you’re not looking for something that’s playing a very minor twist on the extended run shows from the 70’s you may find yourself tuning out more than tuning in. At least until it gets to the final few episodes and the storyline really begins. There are things to like to be sure and it has some good ideas to work with but the execution simply isn’t there. It’s little surprise that Funimation didn’t dub it, though I do wish they were able to at least bring it out on Blu-ray as I imagine it would look a bit better in high definition. 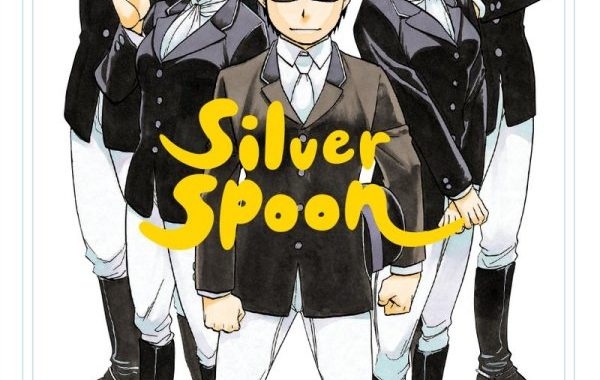