What They Say:
Rihito Sajo is an honor student who enrolled into his high school with a perfect score on the entrance exam. Hikaru Kusakabe is in a band and popular among girls. They are “different kind of guys”, who would have never crossed paths. One day, they started talking to each other at the practice for their school’s upcoming chorus festival. After school, the two meet regularly, as Hikaru helps Rihito to improve his singing skills. While they listen to each other’s voice and harmonize, their hearts start to beat together.

Their feelings for each other slowly elevate, then peak when least expected. Goofy yet innocent, Hikaru directly talks about his feelings towards Rihito. Hesitant at first, but Rihito gradually opens up his heart to Hikaru. Two adolescent boys – being perplexed about not only about each other, but also about themselves – struggle and get confused; however, they eventually get to understand each other. As they start to think about college and their future, what comes to their mind in order to move forward…

The Review:
Lately, Aniplex has been storming the US with releases of anime movies that most likely would have never found their way here without their support. Doukyusei-Classmates seems at a glance like a surprising choice to be brought over, but it’s clear Aniplex knew what they were doing. Doukyusei is a beautiful, bittersweet tale of the love between two high school boys. While the yaoi and BL (boys’ love) crowd will certainly find a new favorite here, it is written well enough to appeal to anyone who enjoys a good romance.

Doukyusei immediately distinguishes itself by starting with the beginning of Hikaru Kusakabe and Rihito Sajo’s love story and spending the rest of the 1-hour runtime exploring the ups and downs of an actual real relationship, forsaking the typical “ends with confession and first kiss.” Kusakabe and Sajo are both classmates involved in their all-boys school’s choir. Seeing Sajo struggle with harmonizing with the rest of the group, Kusakabe quickly begins to tutor him after school. This leads to an emotional rollercoaster as both boys figure out many things about love and themselves.

From the outset, Kusakabe is the standout character of the movie. With a personality as fiery and wild as his hair, he steals the show in almost every scene he’s in. Goofy, laid-back, creative, and talented, it is no wonder that the ladies love him. Average student by day, explosive rock band guitarist by night, it is actually somewhat astounding (for most of the movie) that he would chase after Sajo. After all, Sajo is the exact antithesis of everything that is Kusakabe. Quiet, reserved, and extremely intelligent, it is initially hard to understand Kusakabe is so fascinated with him. It doesn’t help that Sajo rejects him for a good portion of the movie, choosing to be more conservative and hidden with his feelings.

However, that very part of him is what makes the second half of the movie so amazing. The tone for Doukyusei constantly shifts between comedy and melodrama. Kusakabe and the few side characters, such as their teacher, do attempt to lighten the mood, but most of the time falling flat. It isn’t done poorly; just at the wrong time. A great example of this is trying to turn the sore subject of cheating into something humorous. It simply did not work and left a bad taste in my mouth. On the other hand, Doukyusei does excel when it takes itself seriously and that’s where Sajo’s contribution to the overall plot comes in.

A major shift a little more than halfway through shows the painful complexities of his character. While Kusakabe is a fun character to watch, his simplicity is quite apparent. Sajo balances him out with a look at how torn he is between the future, the society’s view of his lifestyle, and what he really wants. These touchy subjects were all well-represented in some truly captivating scenes, one of which made me actually wince in pain along with him, realizing just how sensitive and fragile he is. It does help that the movie never has a boring second.

Doukyusei is uniquely divided up into short mini-episodes revolving around the different seasons, both literally and figuratively, of their relationship. It is strange and unheard of in a movie format, but it oddly works. There never is a dead moment or obligatory filler. Each scene is there for a purpose and carries significant weight for the overall plot. My only gripe would be that it went too fast. This story certainly would have worked much better in a full anime series format and almost seemed if that was what it initially was meant to be before being converted into a film.

But being a film did clearly support the budget and scope, as Doukyusei is absolutely gorgeous to watch. If I didn’t already know beforehand, I would be shocked to know that this was made by A-1 Pictures. The environments, characters, and animation look so natural. It opts out of being flashy and that works perfectly for it. Everything is subtle and simplistically designed. You can see the artists’ individuality come out in what looks like hand-drawn, not digital, artwork. The colors blend nicely together and the characters’ emotions are clearly expressed in their faces.

This simple but elegant style carries over to the sound design as well. The background music is minimal at best, allowing for the distinct ambient and environmental sounds to stick out. The fall breeze, the cicadas in the summer, it all lends to the atmosphere that A-1 is trying to create. There are a few times that the soundtrack jumps in, such as the singing scenes and key moments, but they only stand out even stronger in contrast to the rest of the movie. With a very small cast, it also helps that the lead boys’ voice actors do a great job at expressing their emotions in all of the dialogue and carrying the entire show on their own.

Summary:
Doukyusei-Classmates is a bold attempt to bring over a rather niche anime genre to theaters across the US. Thankfully, the beautiful animation and believable romance help to overlook the very fast pacing and inconsistent tone to create a heartwarming film that any BL, yaoi, and romance fan can enjoy.

Doukyusei- Classmates was provided for reviewing purposes courtesy of Aniplex USA and as of the posting date, tickets are still available for purchase at select theaters for its limited US run on the official website. 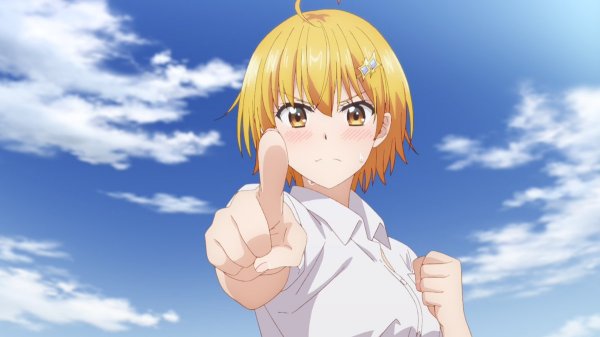