Cute girls dance, sing a little bit, have fights, make up, and learn a little bit about themselves in the process. You can’t get more classic cute girls doing cute things than Hanayamata, so if that’s what you’re looking for, Hanayamata‘s definitely for you.

What They Say:
Created in Kochi in 1954, Yosakoi incorporates modern music and classic Japanese dance into a unique fusion performed in teams. However, while Yosakoi has become a growing phenomenon with huge festivals held across Japan, it’s never been more than a blip on high school student Naru Sekia’s cultural radar. Not that much has ever really grabbed Naru’s attention. She’s average in grades, average in sports and in art… really, the only thing that has ever caught her fancy is reading fairy tales. Until the day she encounters her own personal “fairy”: Hana, an American exchange student who is determined to start a Yosakoi dancing club at their school.

Entranced by Hana’s beauty and skill, Naru and her friends find themselves caught up in the whirlwind world of Yosakoi. It won’t be easy and just getting the club sponsored will be a trial, but between the movement, the melodies, and the friendship, Naru may have finally found a fairy tale of her own in Hanayamata! The Review:
Audio:
Few shows have truly great soundtracks (or use them in a truly great way), and few shows have truly horrible soundtracks. Hanayamata‘s OST (and, really, the overall sound of the show) lie somewhere in between the two extremes, offering neither particularly pretty music nor anything badly done. Rather, much like many other aspects of the show, everything from soundtrack down to general sound editing fall into the “serviceable but unexceptional” category of execution—the only real exception towards the positive end of the spectrum being the show’s delightfully peppy opening theme song. Sentai Filmworks’ release comes with both an English dub and the original Japanese language track, and after having sampled both for a few episodes, I finally settled in with the English, which features a handful of really excellent performances (Monica Rial’s Yaya and Luci Christiansen’s Hana stand out as the most consistently solid among the group). The Japanese track is, somewhat surprisingly, plagued by poor voice direction, pushing the Japanese cast into ranges and vocal contortions that stray away from sounding cute towards being almost annoying. My recommendation: stick with the English dub.

Video:
Directed by Atsuko Ishizuka (of No Game No Life fame) and with art direction from Saho Yamane, Hanayamata features Ishizuka’s signature visual fingerprints—vivid, dramatic pastel colors and cartoony character art in the more lighthearted moments. And when Ishizuka’s style lines up with the narrative and emotional beats of the show—as it does when Naru encounters Hana in the first episode—everything on screen virtually blooms. At other times in the show, Ishizuka’s work is less effective but Hanayamata remains a very pretty show throughout, overcoming even the non-HD video of the DVD release. For the most part, Sentai’s DVD release is able to keep up—although it’s clear at times that the 1080p definition of the Bluray release would help the picture through some of the more florid and visually complex scenes.

Packaging:
The physical packaging is relatively simple, the cover art featuring the five main members of the cast and bursting with color.  I’m personally not much of a fan of the cases Sentai uses for their DVD releases, and the black plastic clashes with the color scheme of the art more than it has with other releases. As always, all the plot summary and all the production information can be found on the back of the case; no surprises here. Inside, the three discs of the release feature cute art of Naru, Hana, and Yaya.

Menu:
Each disc menu features artwork of one of the main cast (replicated from the case cover art), accompanied by a loop of a section of the OP song. The four episodes on the disc are laid out clearly in a vertical column, with language options and special features (if applicable) underneath.

Extras:
This release includes clean versions of the opening and closing animation sequences. I said in the intro that Hanayamata is classic form “cute girls doing cute things,” and I really do mean it. The more specific “moe girls form a club and deal with interpersonal drama” is even more recognizable and Hanayamata follows the formula precisely—to varying degrees of success. The general beats of the story are as expected: a shy girl meets an energetic foreigner who inspires her to try and break out of her shell a little bit. They gradually move together towards a handful of modest goals, adding friends new and old to their club. Each girl (aside from protagonist Naru) gets an episode or two of drama before being happily incorporated into the club and everything climaxes in an emotionally upbeat climax that’s liable to bring you to tears depending on how invested you are in the story.

This all makes Hanayamata sound like a paint-by-the-numbers show, and to some extent it is. On its own, though, that’s not necessarily a bad thing, because it makes the show perhaps uniquely transparent in its goals. It’s going to be cute, it’s going to be funny, and it’s going to go for an emotional climax every couple episode—the effectiveness of which will likely depend on how much you care about a particular character (which again returns to your ingrained preferences for this kind of material). Personally, I’ve always been fond of the tsundere and genki archetypes, so it came as no surprise to me that Yaya and Hana’s respective arcs were the ones that worked best while Machi and Tami’s arcs fell flat. Of course, that’s not to say that the poignancy of these arcs is entirely up to personal taste—the modest ambitions of Yaya’s envy and disappointment and the nuance of Hana’s family situation contribute to their arcs working better than the detached emotion of Tami’s arc or the pettiness of Machi’s arc.

One other thing that makes Hanayamata stand out a bit more amongst its genre peers is the presence of some relatively good adult characters, an oft-ignored element that can really make a show like this shine. Sally Tokiwa, the yosakoi club’s advisor, is the generally the highlight in this regard—although yosakoi shop owner Masaru Ofuna, Naru’s father, and Hana’s parents are also strong presences when on screen. In fact, it’s through the parent-child relationships that Hanayamata comes closest to something approaching a cohesive theme. Tami’s arc, as clumsy and overwrought as I found it, highlights the idea of difficult parental expectations, which joins Naru’s typically awkward and secretive teen relationship with her father and Hana’s explicitly close-knit relationship with her parents. They’re different points on the same spectrum and although Hanayamata never really manifests a cohesive thread between them, the simple differences between them are interesting on that point alone.

In Summary:
Hanayamata‘s not an exceptional or special show, and even as a genre piece it has its share of ups and downs. Despite that, it’s generally a pleasant watch when it’s not getting bogged down in the drama of uninteresting characters. Ishizuka’s direction, particularly during the dancing scenes, really elevates the show at times. If the characters work for you, even in part, Hanayamata‘s likely to be a cozy show you can curl up with for a few nights. 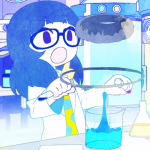 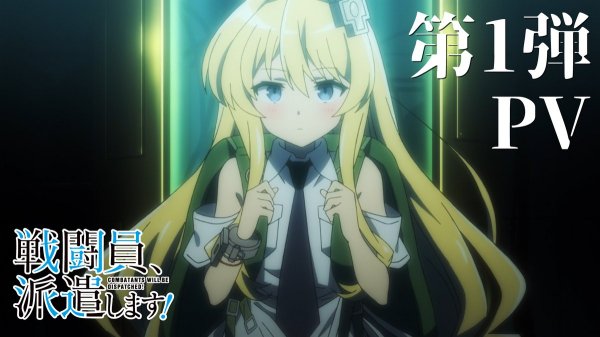 Funimation Highlights ‘The World Ends with You’ Anime Premiere