A trilogy of standalone tales each featuring a particular girl, Wet Summer Days is a romantic story driven piece of entertainment.

What They Say:
Sayaka Shirakawa, the daughter of an art professor who specializes in strange death-themed paintings, is currently dating one of his students, Souji Kamishiro.

All seems well in their relationship until one day, another girl who has romantic feelings for Souji tells him what’s she’s heard about Professor Shirakawa: that he has been killing his models and painting their corpses! Is this true… will Souji become his next victim?

The Review:
Audio:
The audio presentation for this release brings us the original Japanese language track in stereo as well as an English language dub, both of which are encoded at 192kbps. The show is very much dialogue driven and without much in the way of real action moments, so other than the music and a few ambient effects, the bulk of the sound is center channel based. The dialogue tracks come out rather well here with a clean and clear sound and no noticeable problems such as dropouts or distortions during regular playback. We sampled a lot of the English track as well and had no problems there..

Video:
Originally released across 2003, the full frame transfer for Wet Summer Days looks really good in general. The show has a lot of really good looking colors that’s given a somewhat soft filter to it to add to the style, giving it a feel of memories past almost. The transfer does look a bit dark though and that makes some of the scenes a bit harder to discern but overall it’s not too much of a problem. The show has no visible cross coloration that I could see and even aliasing is very minimal. This is a good looking show in general and it shines well in a number of scenes throughout.

Packaging:
The front cover uses one of the better pieces of artwork showcased from the ending sequence with the lead character from the first tale standing out among the sunflowers and a gorgeous blue sky. The detail and design looks really beautiful here and I’m continually grateful that Kitty has shrunk down the general size of their warnings and tried to blend them in a bit more. The back cover uses more of the blue sky from the front cover along with the sunflowers and brings in images from the three episodes. The premise is given only for the first episode in the summary though. The discs technical features are clearly listed as well as some of the basic production information. The insert uses most of the front cover but shifts the focus a bit and lines the chapter selections along the left while the reverse side is just adverts for other shows.

Menu:
Using a good thing wherever possible, the cover art is the basis for the static menu with music and it looks really good with the depth of the colors visible here. There’s little to the menu other than the show itself so access times are nice and fast and the menus load quickly. The disc played using our language presets as well which was a nice plus.

The series is done as a trilogy of stand-alone stories where each of them has a mixture of sex and death in them with completely different casts and situations. For example, the opening episode has us dealing with two young painters who are working on self-portraits. Both Souji and Sayaka are very much into each other but nothing’s really gone forward with them yet. Sayaka is somewhat quiet and reserved in general but Souji is completely into her. What seems to keep Sayaka back to some extent is her relationship with her father, a formerly famous painter who has stopped for quite some time. As we see in the opening, Sayaka’s mother died when she was young and her father didn’t help her at the time but instead painted her since he was famous for his women and death paintings. This has long haunted her and caused him no end of trouble.

The two eventually get together though there’s some jealousy from another girl and a subplot that brings in poison and some local ruffians who want to have their way with Sayaka, but a lot of the show is actually quite tender and sensual. It’s not about the bad guys having their way with the lead character or the nasty stuff that generally comes in. This isn’t soft-core hentai or anything but it’s the kind of show that’s got the kind of writing and sense of emotions and feeling to it that will draw in both couples and newbies quite well. The second episode plays with a similar theme of sex and death when it deals with a young man who returns to his hometown and meets up with one of his childhood friends who has long had a crush on him. They end up revisiting the past where they talk about another friend, one who had admitted her feelings to him before, but who has since died. The tale and clothes both unravel as it progresses and much like the first episode, it’s done in a very tasteful if curious way at times with its mixture of the supernatural.

The character designs for this show are just great to look at. They’re almost lolicon in nature, particularly the girl from the third episode, but they’re still very nicely detailed and designed. There is a good amount of smooth animation throughout this so it avoids looking a lot like a digitally animated show but instead a mixture of traditional and new. The colors used are just gorgeous throughout and it really adds a lot to the show. To my continual surprise, While my personal tastes are that I enjoy the sound of a Japanese woman performing hentai, I will admit that the quality of the English language actresses that are faking it better than ever from this time period. 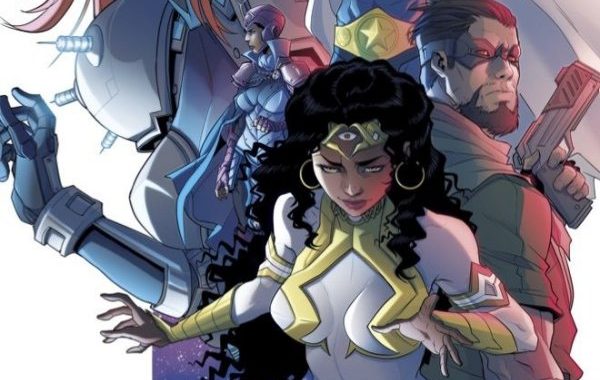