The time skip occurs; does the lack of three core characters for the arc change things for the better or worse?

What They Say:
Aladdin, Alibaba, and Morgiana’s adventures continue in the magical Kingdom of Magnostadt, a country ruled by magicians, and the Reim Empire, which is protected by the Magi Scheherazade.

The Review:
Audio:
Set in 2.0 Stereo in English, Japanese and French, didn’t notice if there was a Dolby Surround release on the English track (previous series there was one but had to access manually, here there wasn’t) none of the tracks again had any issues and also no issues regarding delays to lip flaps or transition to subtitles. Always feel disappointed there isn’t a quality 5.1 release with a show like this considering the action and quite excellent soundtrack, however there was no need to change my default settings with either audio so it is more than acceptable.

Video:
Video wise, colours were clear and quite beautiful, and no issues in terms of video to audio on a 16:9 – 1.78:1 aspect ratio, no problems video wise with subtitles synching, no video freezing or any slack animation when pausing the show, so overall a quality release – there was a minor instance I noticed in one of the later episodes in disc 3 where there was a minor out of synching with the subtitles/audio, which was quite noticeable considering it never occurred anywhere else in the series as far as I was aware, aside from that no obvious issues.

Menu:
Menu is really nice looking, set on an Arabian palace background with darkness overshadowing, each menu has a shot of a different character (first disc was Aladdin for example) with some Arabian Nights style music overheard. There are no submenus bar extras on the first disc, everything is selectable on the main menu (Play All, Audio – Original With Subtitles/English though as previously mentioned there is a Dolby Surround option but you have to do it whilst watching the show, as is the French option for language which again isn’t shown immediately on the main menu and have to select it manually) so whilst it is easy to navigate, a few of the options you would need to do yourself such as change the language to French, or if you pick the Kaze credits, it actually loops back to the initial trailers meaning some time is wasted so it does fall because of that.

Extras:
The only extras are the clean opening and ending.

Content: (please note that content portions of a review may contain spoilers)
Magi has been one of those series that has had a fun fan base, and I’ve enjoyed up to this point – the first half of Season 2 follows the main gang, the discovery of a traitor, and the need to make their separate ways to stop the flow of Dark Ankh – a time skip has occurred with a year gone, and now the focus is specifically on Aladdin and some new company, meaning the trio of Alibaba, Morgianna and Sinbad are not a key component for this arc. With Aladdin probably my least favourite of the main four, this means this arc now relies on how much he has changed, and his new comrades. Does it work?

The introduction of Titus last arc and the headmaster Mogamett is the key issue as Aladdin was attacked, with the reveal that Titus is a spy for Sheherazade, as Mogamett is a very almost racist type of character loving magicians, but seeing anyone who isn’t as less use than dogs. This is shown when Titus and Aladdin, who reveal as Magi and become friends, visit the 5th district, a.k.a. the non-magician district, and they are being drained of their Magoi by the 1st district. Whilst a lot of them don’t care and live happy free living lives, the shock of seeing a small girl named Marga collapse because of it, and once it is near depleted, they are thrown into a pit being of no use. Indeed, this happens to the young girl and Aladdin and Titus rescue her and confront the magicians. This brings us information of Mogamett’s past and how magicians were blamed when a disease infected Magnostadt, causing Mogamett’s current feelings on them – which everyone agrees with bar our heroes. Despite giving mercy to Marga Aladdin realises his thoughts haven’t changed (and what Mogamett’s true connections are), the big reveal is Titus has little time to live (hence his connection with Marga) and the fact he is actually a clone of Sheherazade….

Sheheraze then clashes with Mogamett via Titus proxy, leading to potential civil war between the two nations as Magnostadt and the Reim Empire prepare to clash. This leads to the majority of the rest of the arc as plenty of highly well animated magical battles occur – however the magicians’ at first are too strong with their magical barriers whilst Aladdin searches the city because of a vision he had claiming something will claim everyone in death (he destroys the cables in the 5th district draining the citizens magoi) and then faces off against Mu of the Empire, leading him to unlock his Magi powers seemingly siding with the magicians. Cue some Djinn battles between Aladdin, Mu, and his other fighters Myron his sister and Lolo – Aladdin however manages to push them back, trying to end the war without bloodshed – one of the key things which is good about this arc is that Aladdin is developing into a much more mature character, and whilst his old ways were fun at times, they did get repetitive and annoying so this side of Aladdin is more enjoyable.

Mu however isn’t fazed that easily, however Aladdin is more than capable to the point that Sheherazade wants to talk to him, as well as Titus and even a returning Alibaba – with Aladdin wanting the war to end as Mogamett is collecting Black Ankh which could destroy the world if he snaps – and whilst it seems to work with Sheherazade, the Kou Empire still advances, forcing Mogamett’s hand. There is a touch of revenge here with some of the Kou Empire (Kouen himself also here) able to handle the barriers and destroy them much to the magicians shock, as ‘lowly’ humans like those shouldn’t be handling this, with the real sadness being Titus sacrificing himself to try and stop Mogamett – however even that doesn’t work and Mogamett’s Magoi eventually becomes a huge man of energy, causing the prophecy Aladdin was worried about, as a god of Al Thamen, Aladdin knowing it has to be stop and joins with the Kou Empire warriors, knowing if it isn’t all life will be gone. It leads to a big clash of battles, both physically and mentally…and a well timed intervention by Sinbad and Morgianna with the Alliance of the Seven Seas. It is catch 22, as I was happy to see them, but only as basically a deus ex machina for the final two episodes for them to win the battle, was a bit conflicted. The ending also has an old friend now against them, setting up for another potential sequel, and a happy ending in the return of Titus as a new Magi gives some closure, but there is plenty to work with here for the future.

The interesting thing about this series is that when advancing the plot, they have basically done some good stuff but also taken away a lot of what Magi gradually became in terms of what was likeable about it. They introduce some new characters for this second half of the second series, and whilst Titus and Mogamett are both memorable (Titus for his over the top moments and his tragic destiny, Mogamett for being a quite memorable anti-villain), they aren’t exactly part of the main group in terms of popularity. In my opinion, Aladdin was the least popular of the core four, and they do actually improve his character a bit after the time skip (more mature, intelligent, planning, and less of his goofy perverted nature, though you could say that part taken means his funny moments have been cut as well) but he has trouble carrying it with Titus, despite a decent back-story/past revealed for both him and Mogamett, leading into the war – compared with his interactions with Alibaba, and in turn, Morgianna and Sinbad. Whilst Alibaba does return (and the others do albeit only for the last two episodes) it does feel the series lost something during this second half.

Not saying it was bad though – the actual set up, reveals and the battles between the two sides are conceived very well – Mogamett’s anti-human tendencies combined with actually good character development make him the one character I definitely remembered the most, and Titus, whilst no Alibaba, has his funny moments when clashing with Aladdin, and also his tender moments dealing with the little girl Marga, and his own tragic deals that showcase he doesn’t have much time to live. The character Sheherazade, despite being a big power, isn’t showcased enough during the set up of the civil war, but the fact her history mirrors Titus does give a surprising amount of tragedy for the characters, but it isn’t detailed enough to really care for either character (not to mention the ending – along with the happy ever after, the brief showcase of a character who was a decent part of the first season is now a villain almost feels like an afterthought).

I think considering I really enjoyed both Season 1 and the first half of Season 2, this does feel a bit of a letdown. Not because it was bad, more the fact I didn’t find it as memorable or enjoyable as the previous 39 episodes. There is still a lot of good stuff (the battles are beautifully animated, Aladdin’s character development, the brief moments of the team reuniting) and the set up for more Magi with the main gang returning with additional members – just didn’t seem to have the same spark as the other sets did. I guess this is one of those series where change didn’t help as much with the new characters as you missed the previous ones a lot more obviously in this arc, and despite knowing this will happen, the new characters, whilst having their moments, aren’t strong enough foils or comrades for Aladdin to make this second half as enjoyable or memorable as the 1st half or the previous season. Still worth watching to finish the series of course and hope there is more on the way.

In Summary:
Magi: Kingdom ends with a bang, but the effect feels more like a mild stroke across the chest. Whilst there is nothing fundamentally wrong with it in terms of action, animation, music , style and characters, it feels a step back compared to previous arcs and seasons. The lack of Alibaba, Sinbad and Morgianna definitely is a reason, and whilst Titus does his best and is an interesting character in his own right, his work with Aladdin whilst more tragic, doesn’t adhere himself as much as Alibaba did. With the ending he should get more chance to do so with potential sequels so hopefully this is a step in the right direction, and this is no less an enjoyable romp, just a little less enjoyable than previous stuff. 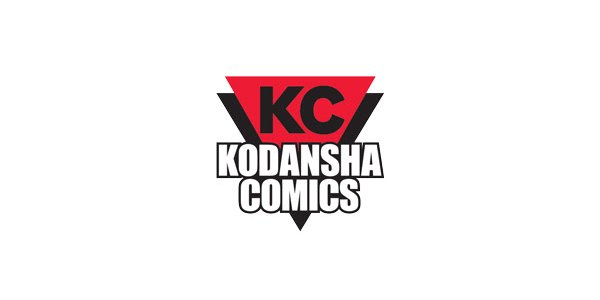