Bandai Visual is getting its ducks in a row for the new year with the next wave of promotion for the upcoming Tales of the Abyss Blu-ray box set for the series. This comes in the form of a quick but effective fifteen-second spot that hits the nostalgia with the music and reminds you why you enjoyed the series. After previously being released as singles on both DVD and Blu-ray in Japan, this new Blu-ray box set is scheduled for a June 24th, 2016 debut priced at 35,000 yen. The release will come with all the extras we saw before, such as the numerous audio commentaries, a 32-page booklet and a bonus Blu-ray “Fan Disc” with a three-part cast roundtable, skit material, character promos, digests and more.

FUNimation currently holds the North American license for the series as part of their rescue of several older Bandai Entertainment titles.

Plot concept: On the planet Audlant, global war is imminent between the Kingdom of Kimlasca and the Malkuth Empire. Their conflict had been prophesied in the Scores, a complete history of this world from its creation to its destruction once written on the mysterious stones. It also predicts the appearance of a new savior-hero, who is a red-haired male child with the name of “the Light of the Sacred Flame.”

Luke fon Fabre, a son of a noble family who has been confined in his father’s palace for years, feels impatient and defiant like any teenage boy. When a beautiful young lady named Tear suddenly intrudes into his training session and attacks General Van, who he respects as a master swordsman, the spoiled kid is spirited away and forced into a series of great adventures through this alternate-reality world of swords and sorcery. 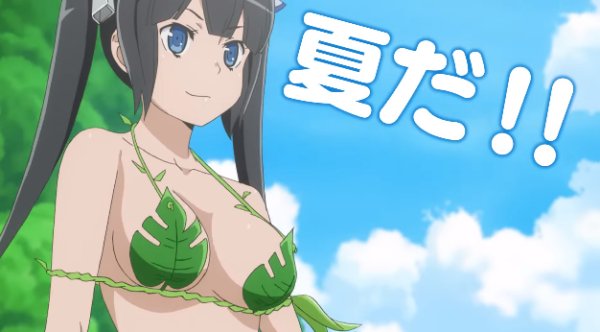 Hit The Beach With The ‘Is It Wrong to Try to Pick Up Girls in a Dungeon? II’ Anime OVA With HIDIVE