What They Say:
The Earth is in peril and Mankind seems doomed! Led by the sinister mutant Berg Katse, the international terrorist organization known as GALACTOR has launched its armies of henchmen and giant weapons of mass destruction against the entire planet. But the forces of evil are about to meet their match! Utilizing incredible fighting techniques, and with the mighty ship God Phoenix at their command, the Science Ninja Team stands ready to take the battle back to the bad guys and their evil alien overlords! Join Ken the Eagle, Joe the Condor, Jun the Swan, Jinpei the Swallow, and Ryu the Owl, as these five costumed commandos join with their commander, Dr. Nambu, to save our world the old fashioned way: one flying kick at a time!

The Review:
Audio:
The audio presentation for this release is pretty solid throughout as we get the original Japanese language track done up in 5.1 as well as the newly created English language dub, which brings back the cast from the TV series. The packaging lists it as stereo mixes but looking at the technical specs during playback they’re listed as 5.1 mixes. Both tracks are encoded using the DTS-HD MA lossless codec and that helps to take it up a notch or so, though it’s still pretty much just working off of mid 1970’s sound design. It’s a solidly put together mix when you get down to it but it’s not one that will thrill and delight by today’s standards and that’s no surprise since it was all a simple mix back in the day. The mix we do get works well though and gives it a more expansive feeling that you might expect, but coming off of the TV experience it just feels a bit weird. The forward soundstage is where things come across the best though and it has as engaging an experience as it can have and it works well. Dialogue is clean and clear throughout on both tracks and we didn’t have any problems with dropouts or distortions during regular playback.

Video:
Originally released in 1978, the transfer for this film is presented in its original aspect ratio of 1.78:1 in 1080p using the AVC codec. The film is essentially a super condensed version of some of the bigger themes of the TV series and mostly uses footage from it, though I believe there are a few bridging aspects mixed in. That means if you’ve seen the solidly produced Blu-ray TV series release material, you know you’re getting this in the best form it can be, which shows off some of the flaws of the original animation. It’s nothing that’s bad in a true sense but it’s got the rough look to it that’s handled pretty well here and without any real issues. Colors have some good pop to them where needed, the detail of the hand drawn animation is great, and I really like the overall look of it here.

Packaging:
The Gatchaman movie release has a pretty strong image to it overall in setting the tone even if it’s focus is on Ken more than anything else. With him in the foreground and the rest of the team next to him, it’s got a bold look with the white and red combined with the phoenix flow behind him and the overall starscape. It’s a clean look with a great old school illustration vibe to it that works very well in setting the tone and standing out from other releases out there. The back cover provides for a fun image with the space scene and the satellite alongside the attack on earth while also bringing in several shots from the show with a lot of color and vibrancy. The premise is well covered while the rest is given over to the usual round of solidly put together production list and the technical grid that breaks it all down cleanly.

Menu:
The menu design for the release is one that works well as it goes with the familiar image that we have of the team with Ken in the foreground while the others are lined behind him to the right so that it has a distinctive look about it. Even more so with the night sky and all the stars behind them. There’s some really good color that comes from behind the team as well owing to the phoenix side and as a whole the static image is pretty nicely done, though I would have liked more from the rest of the main team. The navigation is kept to the lower left as it works the same design as the TV series release with the bold colors that are spot on. There’s not much to the navigation since the release is essentially just the movie itself and trailers for other releases as there are no extras to be had here.

Content: (please note that content portions of a review may contain spoilers)
After a two year broadcast run of the original series back in 1972 to 1974, the desire to take the popular series and monetize it a bit more is certainly there. In a sense, I’m surprised they didn’t do more of this to find ways to get it out there and make a number of mini movies with various characters or themes that could draw out some new fans and please other fans. Coming from Tatsunoko Productions, the film essentially takes the TV footage and reworks it into a nearly two-hour long story here with some minor bridging elements brought in to try and smooth it all out. But that’s not the easiest thing to do considering how episodic storytelling was done back then and that leaves you with some kind of jerky moments in the flow of what we do get.

The larger premise is still very much intact here as we get the story of the mysterious Leader X that arrived from space, crashed into the Earth, and planted the seeds for a number of mutants to be born. Thirty years later that’s come into focus with the main leader of Galactor on the human side with the mutant Berg Katse, who is orchestrating Leader X’s goal of taking mankind down for a conquest. While we get to see a number of different mechanical beasts over the course of the TV series, it’s kept a lot smaller here to mostly the Turtle King mecha and the ecological side. Gatchaman kind of is an early precursor to the ecoterrorism element that sprung up in the 70’s and continues in a whole host of different ways these days and there are some truly terrifying scenes throughout this that still resonate.

With Katse’s plan in motion, we see the scale of destruction that’s underway out there in a really devastating action montage, with ocean waves crushing many places, buildings broken apart, people swept away, and a larger sense of chaos that’s out there while Galactor threatens the world more in hopes of the world governments surrendering to them. It’s an interesting moment as we see how so many people, badly afflicted by the elements and the impact of it all, demand that their governments surrender in the face of this overwhelming power. A power that they seem unable to track down at its source in order to both understand and stop it. The fear is strong even while the leaders of the world manage to hide and stay above it all waiting for a miracle to happen.

Naturally, there has to be some real opposition to what Katse is doing and that comes in the form of Dr. Nambu’s Science Ninja Team Gatchaman group. Made up of five teenagers that are a pretty dysfunctional family in their own way, they’re brought in to deal with the threat, discover what it is that Katse is up to and stop him once they find his base. The focus in this version really does cut away nearly everything involving Jun, Jinpei and Ryu outside of a few lines and nods here and there, and focuses more on the relationship of Ken and Joe as they struggle with each other to do what they believe is the right way to handle Galactor. It’s a lot of testosterone and young man posturing material for a lot of it, but each are given just enough to highlight why they are the way they are so that it’s not just without reason. The two struggle with each other as Ken tries to be the right kind of leader with understanding while Joe is all about beating up and killing the enemy – sometimes in large numbers when he gets the opportunity.

Because of the way everything is condensed it is the kind of film that just has an odd feeling about it. If you’ve seen any of these compilation films before, particularly those that reuse footage instead of animating from scratch to do it, you know there’s a kind of herky-jerky feel to it at times and that a lot of the characters tend to suffer because of the large cuts that have to be done. This film has never seen release in North America before so it’s definitely welcome to get it here and see it, and for it to get a dub as well, because I do have that curiosity to see how the flow and feel of it is. While I got to see the TV series fairly recently with the Blu-ray collection that came out, revisiting some of the core ideas of it here in shortened and compressed form is definitely interesting.

In Summary:
Gatchaman: The Movie is definitely an experience that’s geared more towards the fans than a casual audience in a way. What it does represent is a decent way to sample the series in this form to see if it’s to your liking, while understanding that the series itself is highly episodic while slowly expanding our connection with the core team. The show has a lot of fans and there’s been a desire to have this here legally for a long time which is now sated by this release, which makes it pretty welcome. While it’s not the easiest of movies to get into, especially if you’ve soaked up the series itself, it’s put together solidly here and makes for an engaging two hour experience overall. It’s an intriguing curiosity in a number of ways with how it tries to distil down a lot of things. 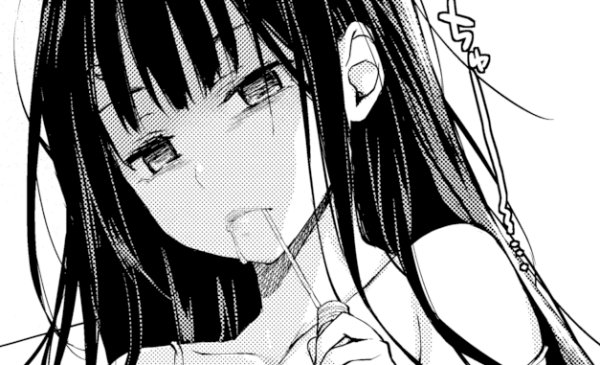