Welcome to the Jessica Nigri show.

What They Say:
Saying Sonico is an incredibly busy young woman is an understatement. She juggles a modeling career, part-time work at her grandmother’s bar, and performs lead vocals and guitar in an all-girl band all while attending college! Not to mention taking care of her five cats – or is that the other way around? When her workload gets a little too heavy, she can count on her fellow musicians Suzu and Furi and the rest of her friends for a stabilizing influence. Get ready for the bounciest adventure ever as this three girl band shakes, rattles, rolls and takes Tokyo by storm!

The Review:
Audio:
Super Sonico offers the original Japanese language track in 2.0 audio. However, the real focus of the DVD is Jessica Nigri, famed Internet cosplayer, who voices Sonico in the English 2.0 audio track. As you’ll soon discover through this review, a great effort was made to make the viewer aware that Nigri is a prominent fixture of the English reversion.

Video:
Like other Sentai DVDs, the quality of the picture is good for the format. The picture may not be crystal clear like other Blu-Rays, but the image quality is perfectly satisfactory.

Packaging:
Hey, did you know that Jessica Nigri voices Super Sonico? If the back of the box details didn’t tip you off, then the small, silver dollar sized sticker with her name and likeness should have done the trick. Sentai is banking hard on Nigri’s personality to a degree that almost seems silly. Why go through so much effort? I guess the bigger question is, how identifiable is Jessica Nigri to the anime community? Will her name sell DVDs? Sentai seems hopeful.

Menu:
The main menu is rather bare and plain, with the titles for each episode taking up most of the screen. There’s a static image of some of the Queen’s Blade characters, but on the whole there is nothing special about it.

Extras:
Each disc lists each episode on the disc, four on each, along with links to the numerous special features. These interactive items are accompanied by cheeky portraits of Super Sonico in three different skimpy outfits that appear to be trying very hard to hold back her ample flesh.

Originally designed as a mascot for a music festival, the Super Sonico franchise has taken on a life of its own. Books, posters, video games, and an anime, Sonico became the center of a transmedia event that, for better or for worse, focused on her voluptuous figure. Sentai Filmworks brings Sonico to Western audiences through an official dubbed release of the twelve episode series, Super Sonico. Unlike other Sentai releases, this anime arrives with substantial fanfare, as the publisher announced that Jessica Nigri, one of the Internet’s favorite cosplayers, would voice the titular character. Nigri’s talent for creating costumes, many of them gender swaps of male characters, has made her a recognizable face in the community, especially after she served as the poster girl for Suda51’s video game, Lollipop Chainsaw. Nigri is no stranger to voice over work, lending her voice to RWBY and Red Versus Blue. For her first anime dub project, Nigri dons Sonico’s trademark headphones and laughs, sings, and strums her way through the mascot’s perfect life.

Super Sonico can do no wrong. With a strongly defined sweetness and winning personality, there is naught a bad word to be said about the twenty something college student, model, lead vocalist for an all girl rock band who helps her grandmother run a quaint restaurant. Her charm is sweet enough to cause cavities and is equipped with an innocence that makes you want to wrap your arms around her bodacious frame and keep her safe from the world. There are those who take advantage of Sonico’s naivete, like photoshoot managers who try to take things too far during a cheesecake photo sessions by relying on the girl’s apparent ignorance of her own attractiveness. Keeping Sonico out of harm’s way is her manager Kitamura, an older gentleman who wears a hannya mask to – presumably – scare off those who would put Sonico in compromising situations. Kitamura means well but has a tendency to overbook the poor girl, causing disruptions to her daily routines and obligations. Still, Sonico does what is asked of her with a smile and the blessings of those she is forced to blow off. Even her college professor is perfectly accommodating of her frequent tardiness and absences!

Super Sonico, the series, is a collection of non-connected glimpses into the life of a young model/musician. There’s a sense that Sonico can do no wrong and the conflicts that present themselves in each episode offer very little in the area of character development and opportunities to learn lessons. Sonico leads a life we mortals could only dream of and to see her breeze her way through so many activities with ease and some element of grace is easy to envy. And yet…there’s something strange about her. Watching Sonico interact with her peers, there is this odd feeling of detachment, that Sonico doesn’t quite belong in this version of Tokyo. No one seems phased by her name or conscious decision to wear a clunky set of headphones every waking moment. While the people enjoy “normal” names, our heroine is almost always referred to as “Super Sonico,” as if she’s some alien or superhero from the planet Sonicodion.

As a potential launchpad for an upcoming VO career, the truth is that Jessica Nigri might want to stick with what she does best. Her performance changes the character dramatically from the original Japanese actress, which paints her as a sort of waifish, sensitive girl. Nigri’s dub makes Sonico seem more vapid because of her use of sexy baby voice. Her inexperience is made all the more noticeable by the seasoned voice cast that voice the show’s secondary cast of characters.I can only wonder if Sentai brought in Nigri in order to give the Super Sonico release extra weight because, with all due respect, this is a mostly forgettable piece of entertainment built on the sex appeal of a young girl who doesn’t realize why men love taking her picture. Nigri is given the star treatment on the DVD with the inclusion of behind the scenes interviews and rather deceptively advertised photo shoot. With a term like “photo shoot,” Nigri followers might expect to see life imitate art as Nigri poses and preens in front of a video camera. In truth, the “shoot” is merely a collection of images of Nigri in a not-so-accurate (compared to her other creations) Sonico outfit mixed together with photos taken from her VO sessions.

In Summary:
Even without Nigri, Super Sonico is, at best, an “eh, it’s OK” anime. Adding Nigri to the English voice dub doesn’t make the product better by any means. If anything, it made me appreciate the Japanese audio track. Nigri’s version suffers from script deviations that turns Sonico into a different person. Nigri’s followers are likely to jump on board as a show of support for her entertainment career – and I hope they have deep enough pockets because the list price for the DVD is absolutely ridiculous. Other than that, there’s no reason to return to the series if you’ve seen it already. Super Sonico’s life is adventurous but the ease with which she maneuvers through such busy schedules means there’s little room to tell a good story with meaningful conflict. Given the amount of cheesecake and fanservice that surrounds the character, the lack of substantial storytelling should come to no surprise. 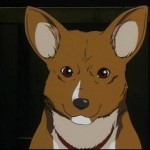